The Resurgence of the Profession of Bartending

My friend and colleague Paul Pacult called me a few years back when I was at the Bellagio for an interview as he was writing on the resurgence of classic cocktails. I said to Paul, that yes, people are drinking Martinis again but I did not feel we were truly enjoying a “resurgence” of the classics. He seemed confused. I suggested he try walking into a bar and ordering a Monkey Gland, Pegu or Aviation and watch the look you’ll get. I said to Paul “until we truly experience a resurgence in the craft and profession of bartending we will never truly enjoy a resurgence in classic cocktails.” 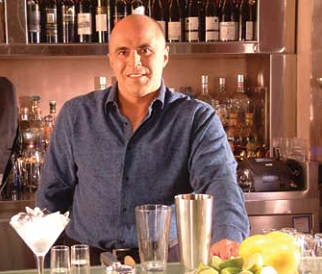 In his wonderful 1993 book “Straight Up or on the Rocks”, William Grimes mentions “bartending, once a proud profession, is now a pit stop between acting jobs or if the Hollywood bomb Cocktail can be believed, an opportunity for picking up women and juggling bottles like Indian Clubs.” I moved to New York City in 1993 to pursue, you guessed it, an acting career! That was also the year I met Dale DeGroff. Dale had an immediate impact on how I looked at being a bartender and for the first time I approached bartending as a career, a true profession to aspire to and not just a part time gig while I was waiting for my “real” job to take off. That was 14 years ago…

Today, I believe that the renaissance in the art and craft of bartending is in full swing. This is by far the most exciting time to be a bartender I’ve experienced in my 26 years behind the stick. We are truly experiencing a second Golden Age of Cocktails and it is being driven by committed and passionate bartenders nationwide. Bartenders are venturing into the kitchen and working with the chef to utilize and experiment with fresh, seasonal produce as well as making many mixes, purees and syrups from scratch. The professional bartender today has great access to unique and wonderful ingredients which are quickly finding their way into cocktail shakers and onto cocktail menus. Today’s bartender needs to have a great understanding of spirits, liqueurs and cocktail ingredients and take a culinary approach to the art of Mixology.

There are now more and more opportunities for today’s bartender to expand his or her knowledge of the profession. With the support of Southern Wine & Spirits we have Francesco LaFranconi’s amazing Academy of Spirits and Fine Service in Las Vegas which has recently spawned to Chicago, and the wonderful Academy being headed up by Bridget Albert. The BAR (Beverage Alcohol Research) Academy which has recently formed in New York City and offers an intensive 5 day program taught by some of the most respected professionals in the industry. And then there is the United States Bartenders Guild (www.usbg.org). This committed group of professional bartenders plans to expand the Guild until each and every State has an active chapter. The hope is to also set in place a standard, much like the one that currently exists with the Court of Master Sommeliers, to define a hierarchy in the profession; Apprentice, Bartender, Head Bartender, Mixologist, Master Mixologist.

So just what is a Mixologist? Try looking the word up in Webster’s Dictionary and you’ll find that it doesn’t exist. So I reached out to my friend and cocktail historian David Wondrich, and according to Dave “Charles G. Leland, a Philadelphia lawyer who also happened to have contributed the Fish House Punch recipe in Jerry Thomas’ Bartender’s Guide, wrote in the June, 1856 issue of Knickerbocker Magazine, a New York literary journal; Leland has Mace sitting in a hotel room with thin walls one night when some carpetbagger enters the room next door and starts talking. The guy’s so addicted to doubletalk that, instead of saying “bar-keeper” or “mixer of tipples,” he says “Mixologist of tipulars.” Maybe Leland made it up, maybe he heard it in a bar somewhere. In any case, these Mace Sloper articles were popular and were reprinted in various newspapers all around the country. For a few years afterwards, you see people using “Mixologist of tipulars,” all in quotes, as an in-joke. But by the 1870s Mixologist loses the quotation marks and the “tipulars” and starts taking on another meaning: since there’s no word for a bartender who has unusual interest and expertise in mixing drinks, people start using “Mixologist” for that. Some time later, the Washington Post acknowledged this when it said “when [bartenders] become especially proficient at putting odds and ends of firewater together, they become Mixologists.”

The truth is that regardless of what title we have, the men and woman standing behind the stick today are approaching the craft with creativity, excitement and passion and in turn our guests are being treated to some amazing new experiences served in cocktail glasses.

Just a little something to tipple over!