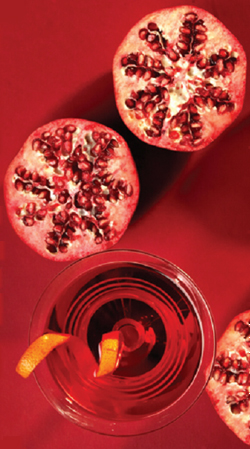 The Appletini nearly ruined a generation of drinkers, but the world’s bartenders are making up for the blunder by creating inventive drinks that even serious cocktailers won’t mind ordering.

Cocktails are designed to make you look stupid. Wine, beer, a shot of whiskey-these you can keep your head high when ordering. But an Appletini, a Cosmopolitan, a Red Bull and Vodka? These don’t look right in the hands of someone over 30. They’re sweet and colorful and one step away from a Zima. But now cocktails are back. Ones designed to make you feel important and adult. And if you’re not at a bar to look important, then drink at home.

Since my knowledge of wine and beer will no longer get me through a bar experience, I called around to bartenders to get their advice on what to do to impress women. Most of them suggested that I stop spouting fashion dos and don’ts on E! Entertainment Television. But they also told me about new drinks.

One sure-fire, casino-tested way to get noticed is to spend a lot of money. At The Ritz-Carlton, Key Biscayne, there is a $75 cocktail subtly titled the Millionaire’s Margarita. It’s for two-you and the person you hope to know a lot better before dawn-and it contains Gran Patrón Platinum, 150th anniversary Grand Marnier and fresh lime juice. Because it takes a little more to impress in Miami, The Ritz-Carlton, South Beach has a $400 Star Martini. It’s actually a pitcher that serves four to six people and comes with a bottle of Dom Perignon.

But the new, cool cocktails-the ones that are taking over New York, L.A., London and Reykjavik-follow the major dictate of today’s cutting-edge chefs: You can’t make them at home. They usually involve a fruit you can’t squeeze yourself (ginger, English cucumber, butternut squash) and giant ice cubes (they melt more slowly while cooling more of your drink), combined with a single alcohol and simple sugar- kind of like slightly more complicated aquavits. Unlike most drinks, which have names that are as embarrassing as trying to order off the Friendly’s dessert menu (“two Harvey Wallbangers, a Sex on the Beach and a Rooti-Tutti-Fresh-and-Fruity”), they have adult names, and they’re not pink.

The trend took off with Pomtinis, which were created after POM Wonderful came out with a delicious, non-canned, non-syrupy pomegranate juice (which was the original source of grenadine syrup). It was served at last year’s Oscars and at the Emmys for the past three years, and was invented by Dale DeGroff, the author of The Craft of the Cocktail and one of the country’s top mixologists.

DeGroff believes strongly in fresh juice, muddling, big ice cubes (he likes kold-Draft machines, set to “solid and huge”) and eliminating soda guns, which he says dispense inferior tonic water and ginger ale. Although most of Europe is obsessed with flair bartending, where the guy behind the bar can juggle several bottles and glasses at the same time but not make a great drink, London’s style bars on the West End (Match Bar, Players Club, Groucho Club, Colony Club) are creating interesting new drinks. Though, really, a drink has to be pretty amazing to be better than juggling. Would you go to the movie theater to watch Tom Cruise quietly measure fresh ingredients behind a bar? 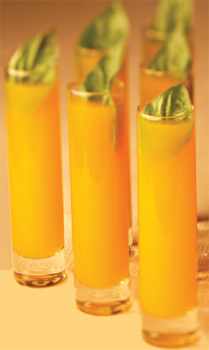 Until a few years ago, cocktails were reserved for the rich and old in England, but now-style bars are competing with the pubs for young people. It’s nice to be able to drink somewhere in England without the place breaking out into a fight about something you don’t understand, such as soccer or Parliament.

“There are all kinds of exotica coming into the market,” DeGroff says “Different kinds of fruits and vegetables and spices and herbs. Some savory. They are mashing up kumquats with basil leaves and honey. They have a lot more interesting alcohols over there.” As bartenders from around the world come to train in the West End, the drinks are spreading to New York, Australia, New Zealand and South Africa.

In New York, Audrey Saunders has become the mad scientist of mixologists, creating, when she worked at Bemelmans, the Earl Grey Marteani. Like many bartenders, she shuns vodka, preferring gin or more obscure liquors, and, at her new Pegu Club in New York, provides dropper bottles with fresh juices, bitters and simple syrup so you can experiment with your own drink. There’s no better trick than distracting your buddy and putting sugar in your drink and bitters in his and yelling at him for drinking too slow. I have so much maturing to do.