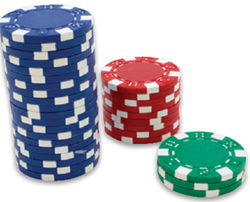 With the popularity of poker (and specifically “Texas Hold’em”) growing among consumers throughout the United States, marketers have focused their efforts on utilizing poker tournaments to draw more patrons to retail establishments, and to increase on-premise sponsorship opportunities for alcoholic beverage distributors and suppliers.

As a retailer, the opportunity to conduct a poker tournament on your premises may be presented to you in a complete kit or package consisting of the tables, chips and cards. All that is required on your end is for you to advertise when the games begin, and prominently mention the alcoholic beverage supplier who will be the sponsor of the tournament. Of course, the games are for fun only, no money is required of the players to obtain their chips, there is no entry fee, and the winners do not receive any money. Points may be awarded along with a little trophy to provide bragging rights to the winners, which they can put below their flat screen for all to see, while watching a major poker tournament on TV with their friends. 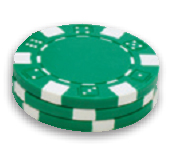 As the owner or manager of the retail establishment you have been told that because there is no money wagered or won, no gambling is taking place and the whole arrangement is perfectly legal. Perhaps, the tournament is being sponsored or conducted to benefit a charity. Sounds good; post that sign and sit back and wait for players and spectators to overrun your establishment. You may even be told that poker is a game of skill. However, the opposing view is that no game played with ordinary playing cards is unattended with risk, whatever may be the skill, experience or intelligence of the gamesters engaged in it. From the very nature of such games, where cards must be drawn by and dealt out to players, who cannot anticipate what ones may be received by each, the order in which they will be placed or the effect of a given play or mode of playing, and are always subject to defeat at the turn of a card, there is unavoidable uncertainty as to the results. Therefore, poker is most often viewed as a game of chance.

Therefore, if for one second, you are thinking of proceeding without first consulting with your state liquor authority or local law enforcement you should fold your cards, throw in the hand, and lock the door. Otherwise, you may be throwing your liquor license in the pot.

As we all know a retail licensed premises holds a special place in the hearts and minds of state liquor authorities as well as local law enforcement. The retail liquor industry is highly regulated, and the mere mention of the word “poker” in connection with your retail premises may be viewed as “gambling”. The regulatory authorities may “shoot first and ask questions later” all in the name of preventing the proliferation of gambling throughout their universe of licensed retailers. A tournament may, in fact, be permitted under your state’s laws; therefore, the more prudent course of action is to first check with your state liquor authority rather than beg for forgiveness after the fact. 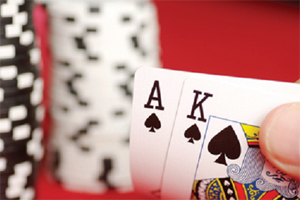 Some years ago, long before the current poker rage, a prominent client with a number of nightclubs throughout the United States, sought to conduct what was then termed “mock gambling” for its patrons in its Chicago location. Blackjack, poker and other types of tables were set up in a segregated area within the premises and patrons were given chips to play the various games for a limited period of time. Patrons received absolutely nothing in return for their efforts, no matter how successful they were at the tables. They could not even keep the chips. Although we were successful in persuading the liquor authorities that this scenario was not, in fact, gambling and obtained their blessing, the police department objected on the basis that the tables, chips, dice, etc. all constituted “prohibited gambling paraphernalia” under state law. The matter eventually wound its way through the judicial system ultimately resulting in a finding that indeed the tables were illegal gambling devices, notwithstanding the facthat the promotion only involved simulated gambling.

Based upon this experience and a number of other instances thereafter in which our firm has solicited the opinion of various state liquor authorities throughout the country on the subject of poker, we have ascertained that regardless of any attorney’s correct interpretation of the laws, the authority is on the side of the angels with regards to its interpretation in this area, and that short of a trial as to an actual case based upon actual charges, nothing is going to change their minds if they want to prohibit poker tournaments.

Given this popularity of poker we have been asked to review the laws of a number of states to determine whether tournaments may be lawfully conducted. In a limited number of instances, we have found tournaments to be permitted, only when conducted under specific guidelines set forth by the state liquor authority. However, the very same promotion conducted in the very same manner is often prohibited in another state.

A 50-state survey of the relevant state liquor laws and regulations that we conducted as to the permissibility of (i) a retail licensee holding a tournament on its premises, and (ii) the sponsorship of a tournament by a supplier revealed that no less than 40 states prohibited both forms of the promotion, usually because of a state’s gambling laws and/or because the sponsorship by a supplier would constitute the giving of a prohibited thing of value in violation of the state’s tied house laws. So as stated at the outset, check with your state liquor authority before you go “all in” and conduct a poker tournament or other similar type of promotion, which mimics actual poker or other games of chance.