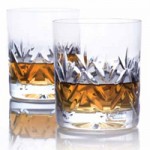 Mother Nature has her say. The rolling ﬂoral hills of Speyside, the waves crashing against the rugged Islay coast, the very make up of the land impacts the ﬂavor of the water and peat, and the way in which the spirit matures. The people of Scotland contribute too. Distillation is a way of life in Scotland with secrets and skills passed down for generations.

The ﬁrst mention of distillation in Scotland dates back to the 1400’s. It is conceded that the Irish brought distillation over to Scotland and the Scots perfected it.

That claim promotes a healthy discussion about the various styles of whisky available throughout the world now but it is certainly true that the Scotch whisky distilleries are emulated as far away as Japan. The 1800’s were the most exciting years for the establishment of Scotch whisky when the major distilleries really began legal production. At that time in the south of Scotland, the Lowlands, they were producing grain spirit for the English gin industry and due to large demand were using very large stills. This size of still accounts for the Lowlands’ typically light style of single malt scotch still true today.

Blended scotches were born from the grocery shops of Scottish towns like Kilmarnock where grocers were also tea blenders. In the 1800’s they started blending barrels of whisky and soon the great blended scotch houses were founded. The difference between blended Scotch whisky and single malt is that the latter comes from one single distillery, showcasing the craft of distillation in one single expression. In blended scotches the craft is about blending ﬂavors together, working from a (usually) 60% grain whisky base, and drawing the diverse extremes in ﬂavor found across single malt scotches. The Islay single malts provide smoke and peaty notes where the Speyside single malts give fruit, honey and ﬂ oral. The blender is also looking out for different types of oak barrels used, again for different ﬂavors. 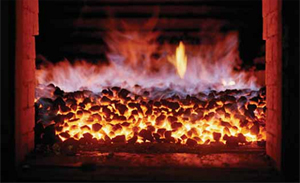 The process of making single malt Scotch whisky combines science with the ability to harness Mother Nature’s imagination. For example, kilning the barley introduces peat and the characteristic smoke and earthy notes for which scotch is infamous. Peat is nothing more than the land of Scotland herself imparting ﬂavor through smoke on the barley.

But since maturation is the biggest giver of ﬂavor it comes as no surprise that it is a growing trend for distilleries to experiment with the variables of the maturation process: type of oak, time in oak, ﬁnishes in alternative oak, charring and warehousing. Oak from different countries, different geographical regions perform differently when it comes to imparting ﬂavor to spirit in the barrel. Why? Because they have different ﬂavors, natural sugars, to impart in the ﬁrst place. 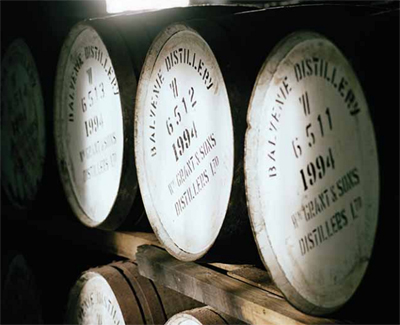 The grain of the wood will affect intensity of imparting ﬂavor. One of the ﬁrst examples of this was the Balvenie Doublewood. Released in the early 1980’s the Balvenie Doublewood is aged ﬁrst in second ﬁll American oak barrels for around twelve years and then ﬁnished in Oloroso sherry casks for six months or so. This brings both vanilla, toffee, toasted coconut notes from the white American oak along with a rich red fruit sweetness from the red European oak. Nowadays there are many exciting combinations of oak used in maturation bringing ever new tasting notes to the world of single malt scotch. The Glenﬁddich 21 year old ﬁnishes in Caribbean rum casks which gives a delightful proﬁle of caramelized ﬁ g, sweet leather and even toasted banana notes.

So what is the best way to enjoy a dram. With water? Without? On the rocks? Or not? The best answer is to enjoy a dram of your favorite Scotch the way you want to. But keep in mind if you are tasting to learn and discover then a little drop of spring water can help open up aromas and ﬂavors, while ice will start to numb the sensitivity of your tongue’s ability to identify subtleties in ﬂavor.

Charlotte Voisey is the Company Mixologist at William Grant & Sons USA.  Charlotte was named UK Bartender of the Year in 2004 and has presented at top industry events including Tales of the Cocktail, Sante Symposium, Aspen Food & Wine and the Las Vegas Nightclub & Bar Show.