It was late in the afternoon when I received a call from the Belvedere brand team asking me to join them in Poland and the UK for a bartending contest. I jumped at the opportunity to fly across the Atlantic and meet some of the brightest and most influential bartenders from across the globe. It was here that I realized that my perspective on the industry was in need of an overhaul. 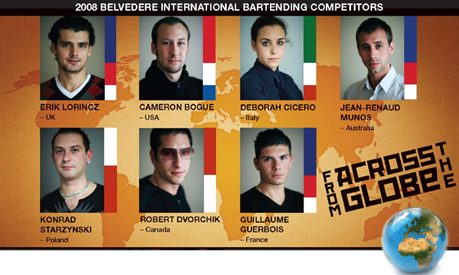 What a refreshing departure from the operational challenges which bog down our industry to an escape into the realm of creativity without limitations. Little could I know, this would be the first of many revelations after getting acquainted with the contestants in this uniquely coveted bartending contest. Our first evening began at the trendy restaurant SENSE in the heart of Warsaw, Poland. Gathered around a table with people from seven different countries will always make for interesting conversation, and tonight was no exception. This group of bartenders shared a unique passion for their trade that transcended all language and cultural barriers, leading to an intense debate about popular trends in bar scenes around the world. There was a genuine sense of thirst for knowledge and plenty of material to cover. Beginning when the appetizers were shared, and into the entrées being served the table was buzzing with energy. Claire Smith, Belvedere’s International Brand Ambassador and our gracious host, welcomed everyone to Poland with a shot of Belvedere Pure served chilled.  Needless to say, there was nothing but smiles and laughter as the night ensued. 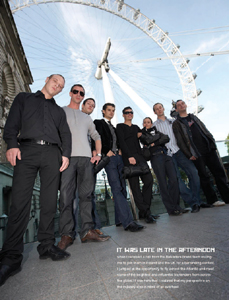 The following morning was all business as we headed out to Polmos Zyrardów for a tour of the Belvedere distillery and bottling center.  This was an exclusive and tailored look into the science and history of Belvedere vodka, right down to the hand-placed, infamous, blue stamp.   Next stop was the picturesque Radziejowice Palace where we had a traditional Polish lunch comprised of Slavic fare with influences from Italy and France. The bus ride back to Warsaw was just the catnap everyone needed to be ready for the sensational dinner at Porto Pragua, a local watering hole where Konrad Starzynski, the Polish contestant, tends bar.  Konrad was gratuitously on-hand to show us a little Polack hospitality. A final stop at Con-Fasion, a Warsaw hotspot with a young and lively crowd, had everyone dancing into the morning.

A quick visit to Belweder Palace (/belveder/; meaning “beautiful” and “to see”) on our final day in Warsaw was all the time we had before leaving for London to start the official competition. A series of just four events over the next two days would determine the winner of this contest, but few seemed fazed by the pressure.  The next morning proved to be a different story.

Round I:  Set Piece Recipe
(AKA: The Signature Cocktail)

The first challenge took place in the basement bar of a legendary, yet sadly not-to-be named, mixologist’s London flat where each contestant was given five minutes to make their signature drink and explain why Belvedere was the perfect base ingredient.  With cameras rolling and the minutes counting down, there was not a steady hand in the bunch.  Ironically, standing behind the bar is typically where these bartenders feel the most comfortable.  The competition was intense and the anxiety was apparent, but all participants excelled in creativity and technicality with their infusions, flambé punches and smoked syrups.  After tasting each of these drinks, it was clear we had seven very talented young bartenders. The next round would prove even more challenging.

Round II: Blending
(AKA: The Chemistry Experiment)

After a short introduction to blending by our hostess Claire, who illustrated how the Belvedere flavors were created from the combination of fresh fruit distillates, contestants were asked to create their own blend from 30 unique macerations. The typical bar tools were unfortunately nowhere to be found, yet in their place were a beaker and syringe. This eventually proved to be the most challenging round for competitors, as they realized creating their own flavored vodka required a different skill set than mixing cocktails.  Day one of the competition was on the books; it was time to bar-hop the London scene to learn what new and innovative drinks were being served.

Round III: Speed
(AKA: The Cocktail in the Sky)

During this notorious round, contestants were teamed up and sealed into their own personal pods on the world famous London Eye. Once they stepped foot in the pod, they had 30 minutes (the time it takes for one revolution) to create an original cocktail from a box of mystery ingredients. Using London’s impressive skyline as inspiration, the bartenders excelled in this time sensitive round as innovatively and beautifully constructed cocktails proved that vertigo was a great catalyst for creativity.

Round IV: Food Science
(AKA: The Pairing Challenge)

In the fourth and final round, contestants were challenged by celebrity chef, Silvena Rowe, and pastry chef extraordinaire, Vincent Zanardi, to pair a cocktail with an individual dish. After a short yet informative description and a delectable taste, each contestant was allowed to choose one dish to complement. Another challenging element, but nonetheless interesting experiment, that tested the bartenders’ awareness and sensitivity to flavor combinations and textures.

Great competition has the uncanny ability of revealing hidden talents and unexpected prowess.  The atmosphere of the room after the results were announced was filled with energy. Erik Lorincz emerged as the victor, but Cameron Bogue and Jean-Renaud Munos were a very close second and third, respectively. Each of the contestants, win or lose, were truly supportive for one another; a quality our industry seems to embrace.

There are great bartenders all around the world making incredible drinks, but not until you bring them together to share ideas do the trends of tomorrow emerge. I commend Belvedere for supporting a generation of bartenders who take pride in their craft and rewarding their efforts. While Eric may have received a year’s supply of Belvedere and a handsome new bar for coming in first, the real winners are us:  Industry leaders who depend on trendsetters to keep their beverage offerings fresh and their customers satisfied.

Signature Cocktails from Round I 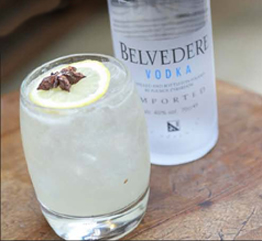 Combine infused Belvedere, simple syrup and lemon in a mixing bowl filled with ice. Shake vigorously and pour into rock glass packed with ice, until glass is 2/3 full. Top with champagne.

Garnish: Lemon wheel with a piece of star anise. Sprinkle white sugar on the anise and caramelize with a flaming lemon zest. 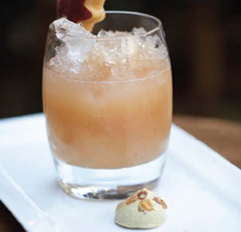 Shake and strain over crushed ice. Garnish with a peach               shaped as a maple leaf and serve with fois gras bon bons. 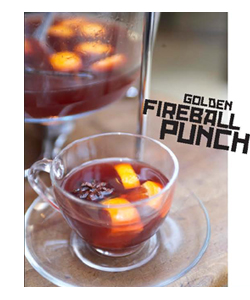 1 Cardamom, 3 Cloves, 1 Vanilla Pod, 1 Cinnamon Stick
Pour all ingredients into a punch bowl and stir. Soak sugar cone with 10 cane rum and light. Caramelize the sugar and allow it to sweeten the punch. Serve with glass punch cups.

A special thanks TO Stephanie Marco and Claire Smith at Belvlvedere and to the following compampanies who made this event possible.