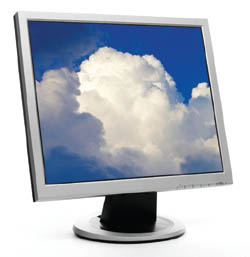 Cloud computing, cloud storage- the latest catch phrases of the technology industry. They may sound foreign but you probably have been using the cloud everyday on a small scale. Cloud refers to the Internet, which is always depicted in computer network diagrams as a cloud shaped figure. Have you saved any drafts on one of your online email accounts? Uploaded photos of your latest vacation to the web to share with family and friends? If you answered yes to those then you’ve been doing basic cloud storage. On a large scale cloud computing can be used to create more efficient ways for corporations to function and can sometimes involve an entire network of servers and computers. Cloud computing is number two on technology research giant Gartner’s list of top 10 technologies of the next three years. (List released on Oct. 15, 2008)

Cloud computing can help companies avoid having applications that are taxing on their own networks by reducing the need for maintenance and server space. That, in turn, would increase the speed of the company’s internal processing. Google, Microsoft, and IBM are some of the largest companies that are using cloud computing. Google’s massive computing power comes from large quantities of computer servers located in various data centers. Microsoft has a similar setup for their online software, Windows Live, which is used by people all around the globe, requiring vast amounts of data storage. IBM just revealed November of last year their latest product called Blue Cloud, a technology that allows large customers to create faster and more detailed data analysis. From a smaller company perspective cloud storage is very useful for backups. If something were to happen to the company office the data is backed up in another location. You may ask what would happen if the second location is hit by a natural catastrophe per chance; most, if not all companies that provide cloud storage services have a secondary backup of the information they hold for their clients.

What does this all mean for us on an individual level? What can we stand to gain by using cloud computing for our everyday lives? We now have on demand TV, why not on demand applications? New software at your fingertips whenever you need it, all downloadable from the cloud. Reputable sites such as download.com provide evaluations from editors, the software is tested to be spyware free and users can weigh in with their thoughts on the product. At Google, they have developed a suite of free online applications that allow users to create, edit, and store spreadsheets, word documents, calendars, presentations, pictures and many others. The advantage of all these applications is that software such as Windows Office Suite is no longer a necessity, but rather a preference. A preference that is still being used by a majority, but nonetheless, there is now one more option when calculating how much to spend on a new computer. Another advantage is compatibility, for example Office 2007 defaults documents to a different extension than documents created in Office 2003. While a 2007 user can open all documents created by the 2003 user, the 2003 user cannot open documents saved in the 2007 format. For Google documents you can share them with someone through Google itself, they need only to sign up for a free account online. There are disadvantages of using cloud computing applications, the most important is security. Your documents are residing on the internet rather than your local computer. If someone hacked into Google, they could potentially reach your documents.

Is the future in the clouds? The internet is expanding every day; the number of websites and software applications available to users is endless. Cloud computing and storage can be for a large corporation or for personal use. How will you take advantage of it?