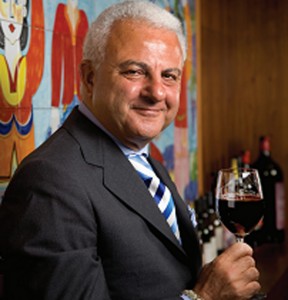 Named one of the most influential wine personalities of the last 20 years by Robert M. Parker, Jr. in 1998, Leonardo LoCascio is America’s foremost authority on Italian wines. As President and CEO of Winebow, Inc., America’s leading importer of premium Italian wines and a major importer and distributor of wines and spirits from around the world, Mr. LoCascio’s masterful knowledge of the wines of Italy is unsurpassed.

For 27 years, Mr. LoCascio has been selecting wines for his portfolio with the same care he once brought to corporate finance. Along the way he has earned a reputation for uncovering the best wines of Italy, often looking beyond the obvious wine regions of Tuscany, Piedmont and the Veneto to discover hidden gems worthy of importation. He is especially proud of having introduced Americans to the great wines of Italy’s southern regions.

Mr. LoCascio received the 2003 American Dream Award, given by the International Institute of New Jersey to foreign-born individuals who have made significant contributions to American society. In 2008, Mr. LoCascio received the prestigious US/Italy Friendship Award from the National Italian American Foundation for his contribution to the cultural and social ties between Italy and the United States.

Leonardo LoCascio was also honored with the 2008 Ernst & Young Entrepreneur of the Year Award in New Jersey. And recently he was inducted by The Italian Trade Commission in its inaugural Distinguished Service Awards honoring professionals in the wine industry who have demonstrated a commitment to advancing the understanding, appreciation and sales of Italian wines in the United States.