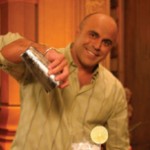 George, my close friend and connoisseur of all things food and drink related, called me recently to inquire about a drink he had just tried called a Caipirinha. He had been sitting poolside at the beautiful Bellagio Resort, and in want of a refreshing libation to help ease the Las Vegas heat, solicited a recommendation from the cocktail server. After suggesting the typical fair, Pina Colada, Margarita or Strawberry Daiquiri she suggested a Caipirinha. When he inquired further he was informed that it was a simple drink of Cachaça, fresh lime and simple syrup that hails from Brazil. George really liked this newfound tipple.A true gentleman who fancies himself a bit of a Bon Vivant, and very much enjoys imbibing on well crafted cocktails, George felt it necessary to embark on a trip to Rio de Janeiro in search of the origins of this marvelous drink. Being a world traveler as well as a big fan of Charles Baker’s wonderful book “The Gentleman’s Companion,” he decided the best way to experience this adventure would be to follow in Baker’s footsteps and make the journey by ship. He booked a Crystal Cruise scheduled to stop for two days in Rio de Janeiro, and let the adventure begin. 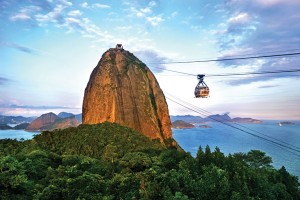 George’s first stop in Rio was a restaurant called Academia da Cachaça which stocks over 100 different labels of Cachaça. He asked the waiter to prepare a tasting of several different Cachaças and was quickly informed that Cachaça was the national spirit of Brazil with over 5,000 different brands available. It is often referred to as Brazilian rum, although it is produced exclusively from fresh pressed sugarcane and not from molasses. It can be mass produced as what is known as Industrial or in a more hand crafted method known as Artisanal.

After tasting through several different offerings he asked the waiter for a Caipirinha which was prepared with Pitu, an industrial style Cachaça and one of Brazil’s largest producers. Being a little hungry he also ordered a plate of Feijoada, a traditional Brazilian dish. This stew consists of black beans with a variety of pork and beef products such as salted pork, pork sausage, bacon and salted beef, served with sides of rice, collard greens and farofa. Simply put, a wonderful accompaniment to a Caipirinha.

Now that lunch was over it was time to explore the wonderful beaches of Rio de Janeiro. After a quick visit to the famous Copacabana and Ipanema beaches, George found himself strolling along the lesser known Leblon beach, which is where he happened upon the Quiosque do Portugues and owner Carlos Alves. There are some 300 Quiosques that line the beaches of Rio serving light food, cold beer, Caipirinhas and a drink called a Batida. Carlos’s family has run this particular Quiosque since 2002. The Batida, a blended drink calling for Cachaça, some type of dairy product, a sweetener and fresh fruits is also very popular in Brazil. This refreshing drink can include any fresh, seasonal fruit so George tried both the local passion and cashew fruits, which were fabulous, but found the Coconut Batida to be his favorite. 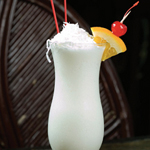 George returned to his suite onboard the beautiful Crystal Symphony armed with a bottle of Leblon Cachaça and a newfound appreciation for the National spirit of Brazil.