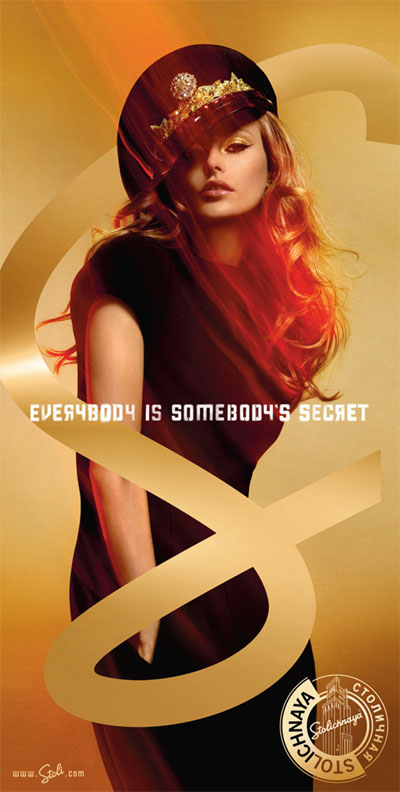 Last fall, emblematic Russian brand Stolichnaya Vodka underwent its own revolution, when owner SPI Group entered into a distribution agreement with William Grant & Sons. Once regarded as the trailblazer of the vodka industry, with the first flavored line extensions and the first super-premium offering, Stolichnaya has drifted off the radar in recent years. Since its acquisition of Stoli, William Grant & Sons has been determined to restore the brand to its roots, moving full force with a new advertising campaign and forging partnerships that embody a new vision for the brand.

Instead of using imagery that reflects the Soviet Constructivist movement, the new Stolichnaya campaign is sensual, dark and impetuous. Gone is last year’s authenticity campaign, which touted Stoli’s Russian heritage in an effort to win the coveted 25-34 market. New ads feature the gritty, sexy side of Russia, one that is home to glittering nightclubs, seedy back rooms and luscious brunettes who wear red lipstick and not much else. Provocative slogans, such as “everybody is somebody’s secret” and “who will be your accomplice tonight” heighten the illusion of this new urban frontier, a place where conventions and sensibility are powerless before hedonism.

Dubbed “Wild, Wild East,” the campaign is inspired by the intrigue and opulence of modern-day Russia and other developing Eastern metropolises. However, the world that the campaign represents is purely a “Russia of the mind,” an elusive scene that reflects the consumer’s desire for adventure and intrigue. With phrases such as “In a world of gold-diggers, hustlers and pretenders, Stolichnaya is the only true thing”, the campaign also establishes Stoli’s role within this desire – as a separate entity, unscathed by the world’s indiscretions.

The advertising campaign, estimated at $10-15 million and developed by Ogilvy and Mather, aims to increase the brand’s relevance among a new generation of vodka drinkers. The campaign is only one of the ways William Grant & Sons has already repositioned the brand’s image in a few short months.

In April, Stoli became the exclusive vodka sponsor of the prestigious Tribeca Film Festival in New York City. In accordance with Stoli’s message, the Tribeca Film Festival is the breeding ground for thought provoking, niche films that often prove too truthful for a mass audience. In addition to creating unique cocktails to showcase its premium brand and flavors, Stoli hosted a number of parties for top influencers and industry tastemakers, including the Stay Cool and Serious Moonlight After Parties, which both took place at Tenjune in the Meatpacking District. Stoli cocktails were served at luncheons, dinner parties and cocktail receptions throughout the festival. 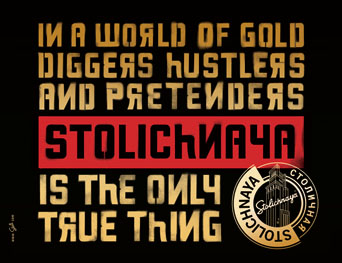 Stoli also partnered with DIFFA (Design Industries Foundation Fighting AIDS) and renowned designer Jason Wu to create a unique Stoli ELIT table at the annual DIFFA Dining by Design series. Dining by Design brings together some of the most talented and celebrated individuals in the worlds of fashion, interior design, art, and architecture to create spectacular, over-the-top dining environments.

Wu, who was also the designer of Michelle Obama’s inauguration dress, says that he “wanted to approach the interior design to incorporate the sleek lines of the Stoli bottle with a bit of its Russian heritage reflected in its DNA. This is done through the usage of a geometrically textured wall and ultra glossy furniture to demonstrate distinct contrast of those qualities.” In addition to Wu, designs by David Rockwell, Tracy Reese, Michael Tavano, David Stark and Ralph Lauren Home were on display throughout the weekend. In collaboration with mixologist Charlotte Voisey, Wu also developed a unique cocktail inspired by his design for Stoli.

According to SPI Group, William Grant & Sons’ recent efforts have already forged a new direction for Stoli, positioning the brand in a more modern, intriguing light. SPI plans to unveil the new advertising campaign in Europe this year.