Times have been tough for traditional after-dinner liqueur producers. Tougher enforcement of drunk-driving legislation in many countries has led to a corresponding decline in after-dinner drinking. The ‘old stickies’ are also losing out to other drinks, such as single malt Scotch or even wine. Many consumers, it seems, are now content to carry on drinking wine beyond the meal and into the evening.

Revival strategy
For the first time, the MacKinnon family agreed to bring in external management in a bid to revive the company. Phil Parnell, former chief executive of Dunlop Slazenger, was appointed first as a nonexecutive director, then as chief executive when the MacKinnon brothers stepped aside. Parnell immediately set about refocusing the company on its core product, selling off all non-core businesses, such as the Glenvarigill car company, Caithness Glass, an art collection and the firm’s expensive Edinburgh headquarters.

Drambuie has also taken measures to streamline its structure: production has now been farmed out to Morrison Bowmore on a long-term contract, and Bacardi continues to handle its distribution requirements in most key markets. “That allows us to concentrate on the sales and marketing of the brand,” says Parnell. “We are essentially now a sales and marketing company.”

Profitability has been restored. The company reported pre-tax profits of £3.25m in the 2008/09 fiscal year and debt has been completely eliminated. The company has also managed to stabilise the brand, with volume sales essentially flat since 2006. 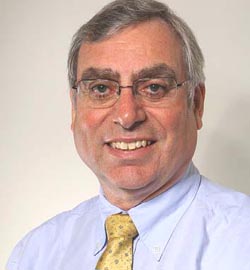 Having taken radical steps to eliminate non-core activities, return the company to profitability and eliminate bank debt, Parnell and his management team have since been engaged in a clear long-term strategy to rebuild the brand equity of a product that had seen its heyday back in the 1970s and ’80s. Parnell explains: “At its core, this strategy is based on moving beyond the  conventional after-dinner liqueur-drinking occasion, introducing a younger generation of consumers to a much more versatile product, with relevance to today’s modern lifestyle.”

Drambuie, as with so many other traditional after-dinner liqueur producers such as Cointreau, Bols and Grand Marnier, is seeking to transition out of the after-dinner slot towards cocktail usage. “Drambuie declined by 30% during the last quarter of the 20th century,” says Parnell. “It became apparent that the product was not keeping up. After-dinner drinking concerns mean that this is the first thing consumers eliminate. The power lunch has all but disappeared. Moreover, younger consumers really did not know what Drambuie was or how to drink it. The younger consumer doesn’t drink syrupy after-dinner drinks. They drink cocktails. The consumer challenge was to reposition Drambuie away from an after-dinner drink.”

With the strategy in place, Parnell and his team began putting the various marketing elements together. The lynchpin of Drambuie’s international marketing activity over this period has been the ‘Drambuie Pursuit’. This off-road race across the Highlands of Scotland is now in its fourth year and has teams of consumers competing from most of Drambuie’s key markets. The Pursuit goes right back to the roots of the brand and is inspired by Bonnie Prince Charlie’s flight from Culloden in 1746.

“The younger generation drink cocktails. The consumer challenge was to reposition Drambuie as an after-dinner drink”

The company has also enlisted former England rugby player Lawrence Dallaglio as a spokesman. Now, the company is finalising the marketing mix. Drambuie’s packaging had scarcely changed since those first commercial bottlings of 1909 and, while the bottle is something of an icon, it was so heavily associated with the after-dinner liqueur that the firm embarked on a radical approach, introducing a new style. 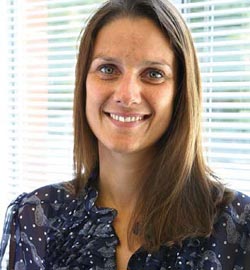 The new bottle is clear, taller and slimmer, much easier for pouring. It has a new interlocking ‘DD’ Drambuie icon behind the brand name and this also appears on the neck. Drambuie marketing director Miranda Rennie explains: “The problem was that the bottle was still being placed on the sticky liquor tray, or the bottom shelf of the back bar. Packaging has moved on massively over the past 20 years, but Drambuie had looked almost the same since it was launched.

“We considered just gently nudging it in the direction [of cocktail usage], but then we got half way through the process of bottle redesign and decided that it had to be a really radical move. We are committed to making that transition.”

Parnell adds: “No brand has the right to exist forever. You have to earn that right. That is what this is about. We want to build this brand into a powerful spirit for the 21st century. The bottle is the last piece of the jigsaw puzzle. There are no quick fixes. Drambuie is being rebuilt for long-term growth.”

The new packaging will be introduced progressively to all markets before the end of 2009, and the company expects it to be in full distribution by Christmas. It will be accompanied by a new advertising campaign, as the company raises its advertising and promotional spend from £6m to £8m. Parnell says: “Because we have got rid of the bank debt and have a reasonable cash surplus and because we are not a manufacturing company and are not capital intensive, the right thing for us to do is spend some of our cash surpluses on our marketing programmes.

“We have a fundamental belief that companies that can afford to increase their investment during a recession will come out of it stronger. The brands that have to cut back on their expenditure because the cash is not there will take a long time to recover. We believe it is right, philosophically, to increase that investment during a recession. At the same time, the money is buying better value, because advertising rates are back down to 1991 levels. So you are really getting a good bang for your buck.”

Seeding new markets
Moreover, that spend will be concentrated on fewer markets. “The US, the UK and Greece comprise about 60% of our business,” says Parnell. “If we don’t rejuvenate the brand in those three markets, it is not going to make up the shortfall anywhere else.”

The company is also seeding a handful of markets, with a view towards longer-term growth. These include: Brazil, Chile, Spain, Germany, South Africa and Russia. Parnell also believes the new clear bottle will help the brand’s prospects in Asia. “The repackaging that we have done has been designed to appeal to our consumers in our core markets, but there will be advantages in Asia.

“We did research in China with our old bottle three years ago and consumers told us ‘soy sauce’. So there will be an advantage in Asia-Pacific with this new bottle. There is a good opportunity for us in the medium term. There are quite a few Asian consumers that like the taste of Scotch whisky, but find it quite challenging. Drambuie can be a sweeter and softer whisky-based product and quite  attractive to them. But perhaps the most interesting opportunity for us is in India. There are still barriers, but they are coming down slowly.”

Parnell acknowledges that it will be tough to return the brand to growth in the present economic climate. “This year will be tough, but not any tougher than for anyone else. We are trading in line with the market and are not seeing any specific erosion of Drambuie. With the negative volume impact that people are sustaining this year, we are finding that at least 50% of our volume shortfall is coming from the de-stocking of the supply chain by both our distributors and retailers. It is a little more pronounced for us than for the bigger companies. Because we are independent company with third-party distributors we are getting two hits of the supply chain [at both importer and wholesaler level]. It is a one-off thing and it will adjust itself. But we will still be extremely profitable and cash-rich this year.”

New product activity
Eventually, the company plans to extend the portfolio with new product introductions. Parnell says: “We said we are going to do nothing else apart from fix this core Drambuie brand until we have all the elements of that done. That has been absolutely right for us. Now, however, the elements of the marketing mix are in place, and that allows us to think about extending the product portfolio again.”

Rennie adds: “The last three or four years have been about introducing Drambuie to a new generation, but also about reaching existing consumers who didn’t really have a need for it, aside from after-dinner and special occasions. We still have a lot to do in our key domestic markets to get people’s mindset changed. Any new product development will be about creating a superpremium halo around the mother brand. We are not going to do anything that is going to detract from that goal.”