Written By: Kristin A. Van Dewater 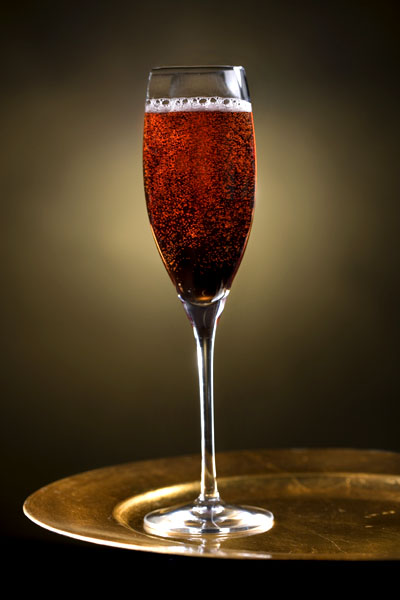 Everything entrusted with something as iconic and symbolic as The Plaza Grand Ballroom in New York City has to be perfect. Striking a balance between its storied past and its limitless future was what awaited Central Park South Events (CPS Events) as they undertook this momentous project. CPS Events is a stand-alone joint partnership between two New York state-based companies – Delaware North Companies and Great Performances. This joint venture was created to manage and operate The Plaza Grand Ballroom and meeting spaces at the iconic Plaza hotel.

The Plaza Hotel emerged from a recent $400 million transformation to reflect a new and contemporary spirit. The fabled hotel has been the setting for hundreds of lavish events, including Truman Capote’s 1966 Black and White Ball, countless movie premieres, and Mick Jagger’s 50th birthday party in 1993. But when CPS Events got word that The Plaza Grand Ballroom would be hosting NBC’s 10th annual Today Throws a Wedding Reception contest, the team knew this was their opportunity to shine in 2009.

Earlier, operational focus had been given to the décor, lighting, and culinary delights, including the development of a 100-Mile Menu featuring ingredients from within 100 miles of the venue. The only detail remaining – what would the guests drink? The team determined that a signature drink was needed for The Plaza Grand Ballroom and the Today Show’s contest would present the perfect opportunity to unveil it.

Delaware North Companies enlisted the guidance and assistance of beverage partner iMi to help develop a signature drink for the storied ballroom. The challenge of developing the drink would only be increased by the requirement to source it from within 100 miles of the location, and that it would launch on national television on July 15th – less than six weeks from the request date. 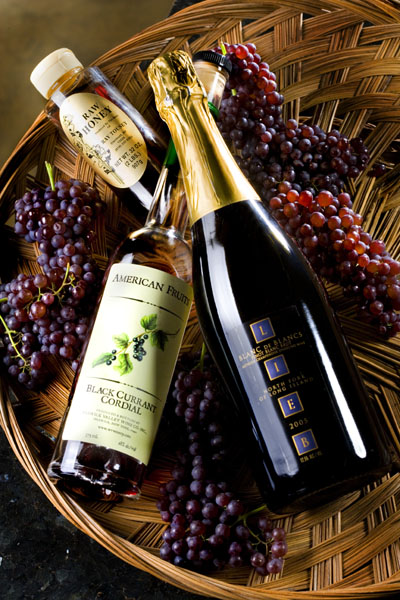 A sampling of products from within 100 miles of the venue.

Not only did iMi Mixologist Brittany Chardin rise to the challenge by developing a fabulous tasting cocktail, but she was also able to comply with CPS Events requirements that the drink be sourced locally, making it consistent with the 100-Mile Menu initiative. The Pomona, named fittingly after the Roman goddess of abundance and orchards and whose statue adorns the fountain outside The Plaza’s main entrance, is made entirely from ingredients that hail from the 100-mile area around New York City, including American Fruits’ Black Currant Cordial, Lieb Family Cellars’ Blanc de Blancs, New York sparkling wine, and local honey.

“Creating a signature drink for The Plaza was both an honor and a challenge,” said Chardin. “I was thrilled and surprised by the interesting array of amazing products produced in New York City and the 100 miles that surround it. The enthusiasm of the local distilleries and producers to work on this project was infectious.”

According to Liz Neumark, founder and CEO of Great Performances, “The 100-Mile Menu is a culinary movement that marries seasonal fare with elegant style. The bridal market’s shift toward an interest in sustainable, green weddings inspires catering that is seasonal, local, and always delicious. With fresh, organic ingredients, the 100-Mile Menu is the synthesis of robust flavor and modern dining and we’re thrilled to complement our menu with this new cocktail. Pomona, the Goddess of Orchards and Abundance, is surely pleased.”

According to Kerry Hassen, senior manager of corporate communication and public relations for Delaware North Companies, “We were thrilled by the amount of interest created for the Pomona. We knew going into this project that the ‘farm to glass’ concept was on the minds of many prominent caterers, but we had no idea how much of a positive response the drink would receive. Responses and inquiries from the media, including hosts at the Today Show, were also high. The Pomona is destined to become a fixture on The Plaza’s menu. Not only did we toast the wedding couple, but we toasted the entire local community by supporting local agriculture, the environment, and the economy.”

The Today show segment can be viewed on our blog post here.