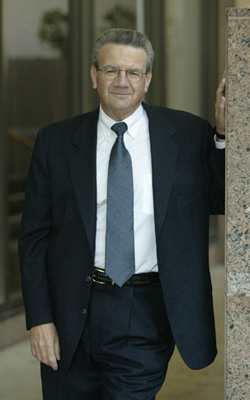 A bona fide icon of the hospitality beverage industry, Stan Novack officially retired from HMSHost last December after dedicating his career to a business that he ultimately redefined with his creative vision and resolve.

In his capacity as Vice President of Concept Development, Stan’s leadership accelerated the evolution of airports from mere stopovers to destinations, reflecting the shift from primarily fast food to quick casual and full-service, sit-down restaurant offerings. He oversaw the Casual Dining, Themed Restaurants, and Entertainment concept categories that HMSHost placed in its venues, sourcing brands to franchise and license at the company’s airport and motorway locations.

Recognized as one of “The Marketing 100” by Advertising Age, Mr. Novack was responsible for the creation, development, and implementation of the “Cheers” branded theme restaurant concept based on the television series. He led HMSHost’s creative teams that work with popular names to develop proprietary branded concepts such as FOX Sports Sky Box, Jose Cuervo Tequileria, Casa Bacardi, Dewar’s Clubhouse, and others.

Mr. Novack is a past President of the American Beverage Institute. He is a past Chair of the Multi-Unit Franchise Conference and is serving on that organization’s advisory board. He is also the current President of the hospitality industry charity CORE-Gives (to benefit Children of Restaurant Employees facing life threatening illnesses), and serves on the advisory boards of Cheers and Night Club & Bar magazines, and the Millennium Group.

His newest venture is Novack Consulting. Through this company, Stan is providing food, beverage, sales/marketing, and educational consulting services to various clients including suppliers, concepts, agencies, and operators.

Stan and his wife Linda are on the go between residences in Florida and California and enjoy spending as much time as possible with their twin grandchildren, Kaya and Kieran.