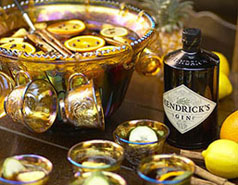 As we come closer to the holiday season, F&B Directors and Bar Managers start thinking of what to put on their drink menus for this fun and all important time of year between Thanksgiving and New Years. With that in mind, I asked some of the top mixologists in the country, “What is one of your favorite holiday drinks?” The response varied from exotic punches to the classics. The following pages give you a chance to get to know these great mixers and hopefully give you some ideas for your own menu. 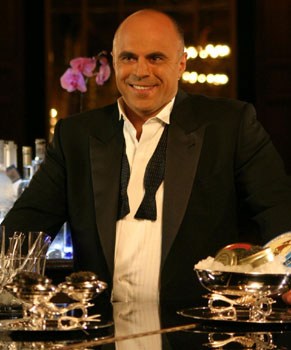 Tony Abou-Ganim is truly a modern mixologist. He has helped open many famous restaurants and bars in New York and San Francisco, including Harry Denton’s Starlight Room atop the Sir Francis Drake Hotel. It was here that Tony created his first specialty drink menu featuring several of his original cocktail recipes – the Sunsplash, the Starlight, and his signature cocktail recipe, the Cable Car. In 1998, Tony was hand-picked by Steve Wynn to create the cocktail program at his Bellagio Resort. Tony immediately implemented his philosophy of bartending and drink preparation: quality ingredients and proper technique create great drinks. He went on to develop hundreds of original cocktails for the resort’s twenty-two bars. Currently, Tony operates his own beverage consulting firm specializing in bar staff training, product education, and cocktail development.

As the National Ambassador of the US Bartenders Guild, www.usbg.org, and Associate Member of the Museum of the American Cocktail, www.museumoftheamericancocktail.org, Tony continues to educate about the history and lore of cocktails, as well as lead the bar industry into continually improving the art of the cocktail. He is also an accomplished writer with articles in many national magazines including his feature in every issue of in the Mix, The Life and Times of the Modern Mixologist. Tony lives in Las Vegas where he hones his craft daily by creating, sharing, and enjoying the very best cocktails. 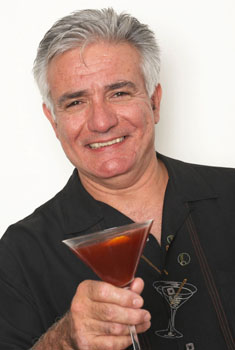 Legendary bartender Dale DeGroff, aka “King Cocktail,” is universally acknowledged as the world’s premier mixologist whose innovations have globally impacted the industry. Winner of the 2009 James Beard Wine & Spirits Professional Award, DeGroff has been credited with bringing back the classic cocktail and reinventing the profession of bartending, setting off a cocktail explosion around the world. Author of the award-winning The Craft of the Cocktail and the newly-released The Essential Cocktail (Random House 2009), DeGroff is also the founding President of The Museum of the American Cocktail. This non-profit organization hosts an exhibit in New Orleans that features the 200-year history of the cocktail and offers monthly seminars in mixology. For more information visit www.Kingcocktail.com or www.museumoftheamericancocktail.org.

Dale’s recipe for The Millennium Cocktail 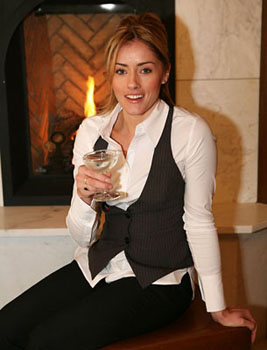 Charlotte Voisey is the Mixologist for William Grant & Sons, USA. She is one of today’s top talents in the cocktail world and has managed some of the best cocktail bars in London, Barcelona, and Buenos Aires. When Charlotte opened a classic cocktail bar, Apartment 195, on King’s Road in London in 2002, it was promptly named London’s Bar of the Year. In 2004, she was named UK’s Bartender of the Year and in 2006, she moved stateside to work with William Grant & Sons to represent Hendrick’s Gin.

This recipe has been adapted from the original 1850 recipe found in the book, Drinking with Dickens, written by Cedric Dickens, great-grandson of Charles Dickens. 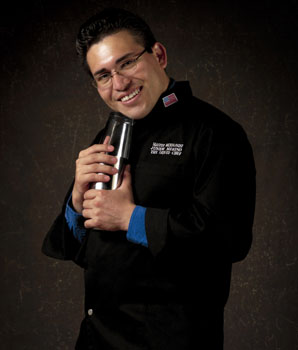 Born in Puebla, Mexico to a family and culture rich in both tradition and flavors, Junior Merino was taught from an early age about freshness, quality, and balance. Implementing his early teachings, Junior Merino arrived in New York where he fused his creativity with passion and began his career as a mixologist, sommelier, and entrepreneur. Now with his own company, The Liquid Chef, Inc., and with The Liquid Team, Junior Merino consults with top restaurants, hotels, cruise lines, clubs, airlines, and lounges all over the world. He also has a mixology school in Mexico, a multimillion dollar project that is the first of its kind. He is a part of The Liquid Lab, a unique bartending experience for invited individuals to discuss and share techniques, ideas, and cocktails. Junior Merino has been featured in magazines, radio, newspapers, and on TV because of his unique views into the cocktail culture as well as his amazing gift of giving harmony to his potable creations. 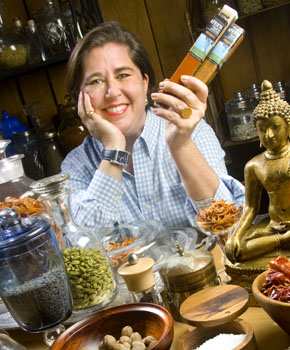 Jennifer English is one of America’s most respected and articulate culinary personalities. She is a sought-after speaker, teacher, writer, cocktailian, trend consultant, and award winning talk show host, as well as being widely recognized as one of America’s leading tastemakers. Jennifer is a James Beard Award winner and proudly serves as Vice President for the New Orleans Culinary and Cultural Preservation Society Board. In 1999, Jennifer founded the Food & Wine Radio Network and is heard weekly as the host of “Sunday Brunch.” She is also seen weekly as the KVOA TV-4 Fresh@4 Food Contributor on the Tucson, Arizona NBC affiliate. In 2006, Jennifer became a partner in the Flavorbank.com spice market where she inspires mixologists, through product scholarships, to get creative with spices behind the bar. She makes her home in Tucson, enjoying her “mixologist’s garden” – a lime tree, lemon tree, orange tree, and fresh mint plants.

When I was 25 my mother took me to the legendary Lenox Hotel piano bar. It was the first week of December, Thanksgiving had just past. The Lenox had sing-along back then. The waitress came and my Mother ordered 2 Crown Royal Manhattan cocktails. Up. I asked why? She informed me that now that I was 25 I could fully appreciate this complex and sophisticated sip (she was right). But, I reminded her (though I didn’t need to) that I had turned 25 months ago in June. She informed me that not until after Thanksgiving could one fully appreciate and enjoy a Manhattan. She was right again. Now every holiday season, I have a ritual of going to the best hotel in town and having the barman make me a Crown Royal Manhattan. I toast to my mother and thank her for this wonderful gift. Then I proceed to enjoy that long missed flavor in that first sip. 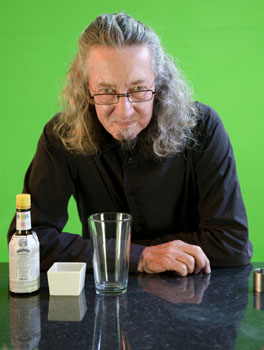 Gaz Regan—the bartender formerly known as Gary Regan—is the cocktail columnist for the San Francisco Chronicle and the author of The Joy of Mixology and The Bartender’s Bible. He and co-author, Mardee Haidin Regan, also wrote The Book of Bourbon and Other Fine American Whiskeys, The Bourbon Companion, The Martini Companion, and New Classic Cocktails. His next book, The Bartender’s Gin Compendium, will be published in the fall of 2009.

Gaz’s recipe for The Manhattan 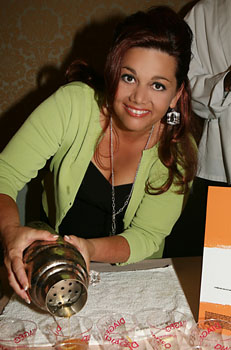 Cheryl Charming, aka Miss Charming™, is one of America’s top mixologists and cocktail celebrities. She is often referred to by her peers, friends, and fans as the “Rachael Ray of Cocktails.” Miss Charming™ currently has nine published books and lives in Orlando, Florida.