In Search of the Green Fairy

George, being a man who indulges life’s finer offerings as well as being a curious imbiber needed to get to the bottom of the allure surrounding the mystique of absinthe. After doing a fair amount of research and being a man up for an adventure, George booked a flight to the Big Easy to investigate the lore and mystery surrounding this unique spirit.

Absinthe, known as”la fée verte,” had been illegal in the United States since 1912. It is made with anise, fennel and Artemisia absenthium, otherwise known as Grande Wormwood, renowned for its alleged hallucinogenic and addictive properties. The chemical thujone was blamed for these alleged psychoactive effects. The mystical power of the ‘Green Muse’ is said to have inspired the creative minds of Picasso, Manet and Van Gogh, among others. Oscar Wilde said about absinthe, “After the first glass, you see things as you wish they were. After the second, you see things as they are not. Finally, you see things as they really are, and that is the most horrible thing in the world.” Well, it turned out that the psychoactive properties of Absinthe were a little exaggerated and since 2007 it is once again legal in the United States. 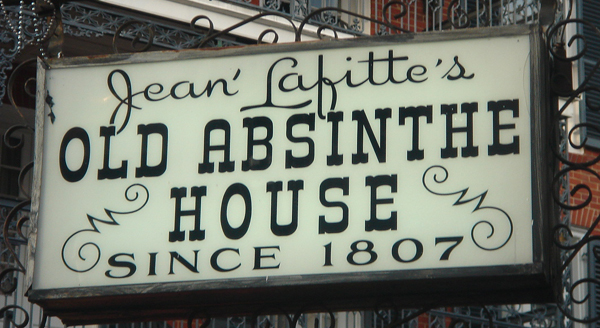