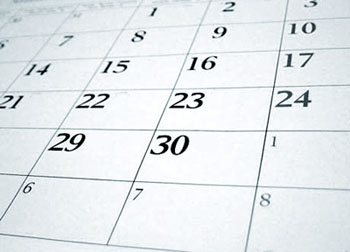 The Cheers Beverage Conference is an event for on-premise food and beverage directors and beverage marketing executives.

Festival showcases the talents of the world’s most renowned wine and spirit producers, chefs and culinary personalities. Hosted by Southern Wine & Spirits of Florida.

Held in conjunction with the International Restaurant & Foodservice Show of New York.

CORE (Children of Restaurant Employees) is a non-profit organization with benefactors from the Hospitality Operator and Supplier industries providing special support to children of restaurant employees.

The American Beverage Institute (ABI) is the only organization dedicated to the protection of responsible on-premise consumption of adult beverages. ABI’s strength stems from its composition — ABI is a restaurant trade association, representing America’s favorite restaurant chains as well as hundreds of individual restaurants and on-premise retailers.

The Nightclub & Bar Show is the largest beverage expo in the country, dedicated to growth, new products, and top notch nightlife events. VIBE is the on-premise segment of the conference.

An event that brings together internationally acclaimed wineries and chefs with California’s regional superstars to create an unbelievable series of luxurious luncheons, delectable dinners, cooking demonstrations, wine tastings and a decadent grand tasting.

Share Our Strength’s Taste of the Nation New York City

An evening of toasting and tasting to support the fight against childhood hunger.

NYC’s first ever multi-day event celebrating the history, contemporary culture, and artful craft of the cocktail. Both educational and celebratory in nature, championing the common ideals of authenticity, equality, sustainability, service, and pleasure.

This is the international foodservice marketplace show. The International Wine, Spirits & Beer Event, May 23 – 24, takes place at the NRA Show.
May 22 – 25, 2010
McCormick Place, Chicago, Illinois

The premiere food & wine event in the country, with the world’s most accomplished winemakers, celebrity chefs, and culinary luminaries coming together for three days of education, tastings and networking.

Tales of the Cocktail

The most spirited event of the summer, where the international cocktail community will converge on a city where spirits live 24/7.

July 21 – 25, 2010
New Orleans, Louisiana – Events are held at various venues throughout the city