Or “Run For the Roses and a Couple of Mint Juleps!”

The Life & Times of the Modern Mixologist

George, being a fan of warmer weather, was pleased to find the sun shining and the temperatures rising, which were sure signs that winter would soon be but a fond memory and springtime would come once again. Baseball, barbeques, and the running of the Kentucky Derby were close at hand. The season’s most characteristic herb, although heretofore slumbering, would be revived. Mentha piperita and Mentha spicata, (aka peppermint and spearmint respectively), would return to reawaken the senses and quench our thirsty palates as the mercury would begin to rise. Being in the mood to indulge the warm weather, George felt imbibing a mint julep would be just the thing to celebrate such an occasion. 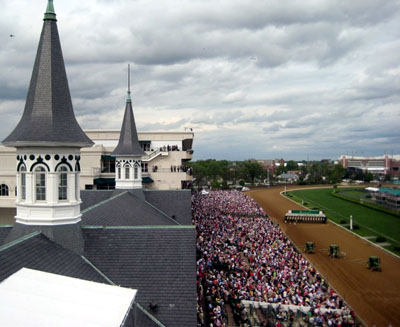 After a stop at the market to pick up supplies that included the aforementioned fresh spearmint, George headed home to dust off his sterling silver julep cups. He took a look at Gary Reagan’s fine literary work, The Book of Bourbon, for inspiration and words of wisdom. Gary praises the mint julep as “the aristocrat of mixed drinks, it is a creation that brings wisdom to fools, turns wallflowers into the life and soul of the party, makes the clumsy graceful, the weak strong, and brings sophistication and charm to the most ill-mannered lout.” This is not too far off the Webster’s dictionary assessment, circa 1806, in which the julep is defined as “a kind of liquid medicine.” George, like so many julep aficionados, was inclined to agree. At times, one or two mint juleps certainly felt just like what the doctor ordered.

Being a bit of a sporting man as well as a bon vivant, George thought that to truly appreciate this classic libation, a trip to the Kentucky Derby was in order. Each year during the first weekend of May, Churchill Downs prepares for the running of the Kentucky Oaks and the Kentucky Derby. During this extravagant two-day span, over 80,000 mint juleps will be consumed, utilizing some 150 bushels of mint. More mint juleps are enjoyed here than during the remaining 363 days of the year combined! This is a statistic that seriously needs to be improved. 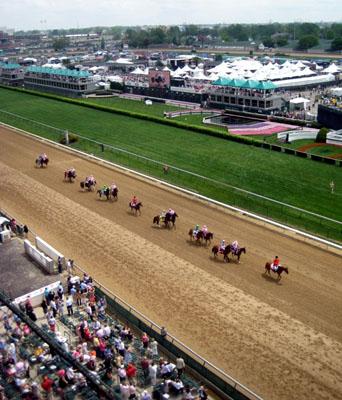 After having a smashing good time, winning a couple trifectas, and enjoying several frosty mint juleps, George headed home with a new love for thoroughbred racing as well as a new-found appreciation for the julep. Pay tribute to great Southern hospitality with the classic mint julep, or step out a little: utilize seasonal ingredients and have fun interpreting this granddaddy of all mint-themed classics. Remember, it may be traditional to serve juleps during the Derby, but your guests are sure to enjoy one anytime the temperature starts to rise.

Aged yes, but by no means antiquated, the earliest record of the julep has been traced to the year 1803, when Mr. John Davis, an Englishman working as tutor on a Virginia Plantation wrote, “a dram of spirituous liquor that has mint in it, taken by Virginians of a morning.” the julep was so well regarded that in 1806 it was included in Webster’s dictionary, defined as “a kind of liquid medicine.” the refreshing, if not entirely medicinal, basic recipe, which consisted of mint, sugar, water, and shaved ice, was originally finished with regular and peach brandies. by the late 1830s only the wealthy were still using brandy, while the masses turned to whiskey. it was sometime after the Civil War that brandy eventually disappeared from the mix entirely, and the bourbon mint julep became universal.