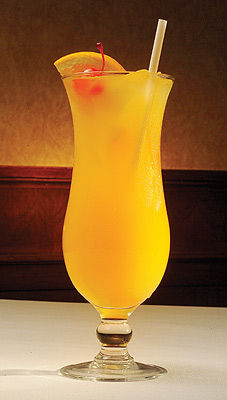 A half-century later The Goody was created at the Hotel’s Monteleone’s famous Carousel Bar (formerly the Swan Bar). The Goody is like a hurricane, but not as sweet. It named for Howard Goodman, a well-loved gentleman who served as the Hotel’s General Manger for over a decade. Goodman enjoyed fruit-based drinks and when he announced he was retiring due to a terminal illness, the bar staff created “The Goody” as a tribute. Goodman passed away a few years later, but the cocktail named in his honor has kept his memory alive.

Served over ice in a hurricane glass.