A little over a decade ago, I witnessed a testy interaction between a sassy bistro owner and an under-informed customer who ordered Zinfandel. The owner, serving, brought out a red wine.

“Excuse me,” the customer said, “I ordered a Zinfandel, and you have brought me a red wine.”

“Yes,” the owner retorted. “You ordered a Zinfandel, and I brought you a red wine.” 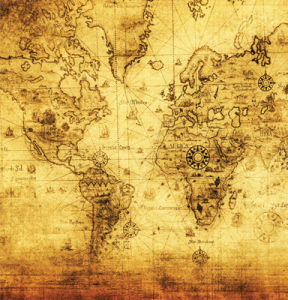 The customer decided to leave but not before saying, “Evidently, you know nothing about wine.” Fast forward to the present. Countless customers annually bemoan Beaujolais, branding it all with the no-no word of the wine world, Nouveau. A waiter recently explained Petite Sirah. “It’s Syrah but the grapes are smaller.” A dessert recipe for strawberries in red wine recommends using especially fruity reds, including “red Zinfandel.”

Cabernet, Merlot, Shiraz – no one questions or confuses their color. In spite of the fact that each of these varietals comes in cheap, medium, and bold versions, and that wood barrel and fruit flavors greatly vary from label to label, buyers continue to invest in the comfort of a familiar word like Merlot and will say, whatever they get, that they like what they get. However, an attempt to introduce, say, a Montepulciano, is commonly challenged by an ignorant response like, “I don’t like Italian wine.” The people who say they like Cabernet Sauvignon, no matter what the style, are the same ones who will shun an entire nation with thousands of years of viticulture.

This can be extremely frustrating to those of us who know better. The world’s variety of reds is enormous and infinitely enjoyable. How do we lead our customers and fellow wine drinkers to “boldly” explore? The question underscores the issues of clarity and trust – you cannot be like the smug or ignorant servers. The question also implies travel, and the metaphor of travel is a fun, effective method of introduction.

Beaujolais – Fact: there is a lot of Beaujolais that is not Nouveau, and it is a good choice for drinkers who seek a lighter style with lots of up-front fruit. Unfortunately, the annual marketing of the Nouveau is as unfair to the image of Beaujolais as MTV’s “Jersey Shore” is to the image of the Garden State. The grape of this French appellation is Gamay. Unlike Nouveau, regular Beaujolais can and should be aged, although it does not age as long as bolder reds.

There are many that are estate bottled, usually indicated by “Chateau” on the label, and they are often marketed by a négociant like Georges Duboeuf (whose name actually adds a little to your challenge). The 2008 Beaujolais-Villages by Louis Jadot is recommended at its age of 2 years for having layers of berry fruit and smooth tannins.

Salice Salentino – It’s actually fun to introduce this wine as from the heel of Italy. The rocky, ancient Mediterranean land’s end of Italy, Puglia, unsurprisingly produces a red that is best described as rustic. Think of a Puglian chef simmering an herbed tomato sauce around the clock and a red that would go with such hearty food. The grapes are Negroamaro and Malvasia Nera, and the wine typically shows a dark color and exhibits an appetizing tartness. Red wine from the wider region is simply called Rosso di Salento. The 2004 Notarpanaro, a Rosso di Salento from Taurino, is a red feast in a bottle. The wine was aged for 3 years in a variety of oak and aged another 3 years in the bottle before it was released.

Douro – It is often a challenge to convince others that not all red wine from Portugal is fortified and sweet. The nation also produces plenty of quality dry wine. On the steep, ultra-rocky slopes of the Douro, they have to drive stakes into the ground in order to plant vines. Typically medium-bodied with good texture, this red is often priced very low, but an increasing number of Douro winemakers are working to create noble reds that merit a higher price. With odd grape names like Bastardo, Mourisco Tinto, Tinta Cao, and many others, it may not be worth it to memorize them (except for the one with the funny name). The 2007 Prazo de Roriz is a fine example of the fruit of the Douro, with an appetizing hint of raspberry and a rich texture.

These grape varietals deserve to be better known:

Mourvèdre – This wine could easily become the favorite of anyone who pursues rich, earthy, masculine red. It is a value among reds from the Rhone Valley in France and is also grown very successfully in California and Australia. The Spanish call it Monastrell. California’s Cline Winery consistently produces a rich example of this wine.

Nebbiolo – Typically with a whiff of violets and earth, plus layers of flavors including raspberries, Nebbiolo is a deservedly famous wine of northwest Italy, and it also grows well in California. Nebbiolo is most often found under the prestigious Italian labels of Barolo and Barbaresco, and the lesser known Gattinara and Ghemme. An Australian version, the 2007 Arrivo Nebbiolo, exhibits awesome cherry flavors and spice. It is a huge wine that should be decanted for a couple of hours before serving.

Petite Sirah – Remember the story of the negligent waiter and you will never again confuse this wine with Syrah. The historical name is Durif, and the berries are indeed small. Tannic and spicy, this is a great match for hearty food. The 2005 from California’s Foppiano is an experience in layers of spice and black fruit.