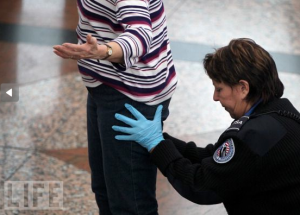 Over the last few months a colossal uproar of protest and debate has been swirling around the state of airport security procedures conducted by the TSA in our country. “Pat-down pandemonium” has escalated into out and out chaos along with legitimate concerns about the full body scanners, which allow TSA screeners to view your parts as well as exposing us to unknown amounts of radiation.

I’m afraid I’ve personally been a bit to blasé’. I typically arrive at the Atlanta airport with blinders on and my only mission is getting through security and to my gate as quickly as possible. I have been in the human microwave twice and have experienced a pat down from a female TSA employee. This seemed a piece of cake to me but in recent weeks I’ve started to wonder if all of this lunacy could be quelled if somehow, someway we could allow some kind of profiling as an acceptable way of seeking out those who wish to harm innocent human beings. Could we be intelligent enough to take a cue from other countries such as Israel and be strong enough to stick to our guns when inevitable cries of objection arise? 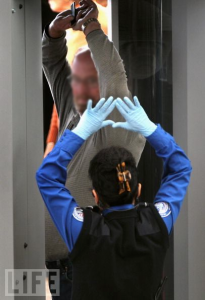 We traveled back to the US a few weeks ago from London-Heathrow Airport. As Don and I made our way to the Delta counter we were “greeted” by two men in uniform who proceeded to ask us several questions about what we were doing in England. Had our bags had been in our possession the whole time or had anyone given us something to carry home? We breezed through this painless process and I didn’t even realize until later that we had been profiled. Apparently, had we answered incorrectly or acted suspiciously further probing would have been in order.

My question for you today is: What are your thoughts and concerns regarding intrusive pat-downs and body scanners at our airports and what have your recent experiences been? How would you personally feel about the possibility of profiling air passengers as a valid means of strengthening security and stopping the madness?

Happy Holidays and Cheers for a healthy and prosperous 2011! I hope to hear from you soon.