It may be the dream job for many but the half glamorous, half grueling position of Brand Ambassador has recently exploded across the liquor industry. This phenomenon is not just about an increased quantity of ex-bartenders with corporate credit cards, it is also, excitingly, about attracting a higher quality of charismatic individuals to the role, which revolves around education and bringing brands to life. 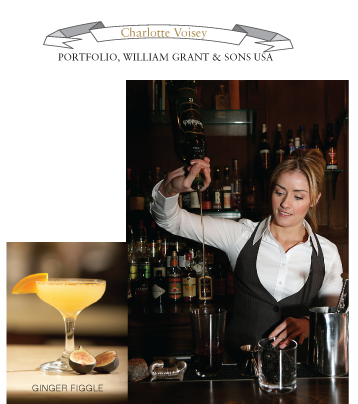 Charlotte speaks at major industry events and has cocktails on menus across the world including PDT and The Dorchester Hotel in London. In 2006 Charlotte moved to New York to represent Hendrick’s Gin and now looks after the coveted spirits portfolio of William Grant & Sons. 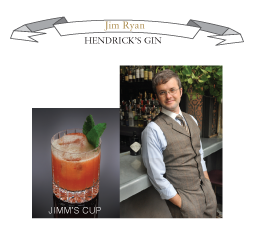 Having worked his way through the ranks of New York’s cocktail scene Jim Ryan’s holistic approach to bartending, pleasantly curious personality and well groomed moustache was a natural fit as Ambassador for Hendrick’s Gin. Indeed the first martini Jim stirred on the job was crowned the best in Manhattan. Always a gentleman, Jim’s devotion to precision, quality ingredients and passion for the unusual has been read about in many publications including The New York Times. 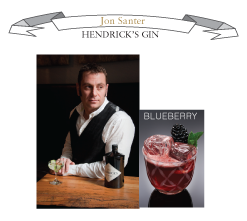 Jon Santer opened some of the most iconic fixtures in the U.S. cocktail revival, including Bourbon & Branch, Beretta and Heaven’s Dog. One of the “Top 10 Mixologists To Watch” by Beverage Media, Jon’s reputation spreads beyond his native San Francisco, (former President of the USBG) with cocktails published in GQ, The San Francisco Chronicle and The Wall Street Journal. Curiously, Jon is a competitive chess player and swing dance instructor with a Bachelor’s degree in poetry. 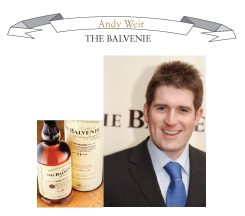 Andrew Weir is the Eastern USA Ambassador for the world’s most handcrafted Single Malt, The Balvenie. Andy has always been a passionate Scot ever since he starred in Mel Gibson’s Braveheart. His acting career includes five years at the BBC and led to his status as one of the world’s leading Burns speaker. Andy’s charm, stage presence and distinctly Scottish sense of humor now delight Single Malt connoisseurs from Chicago to New York, from Boston to DC. 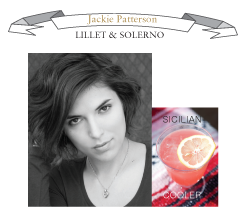 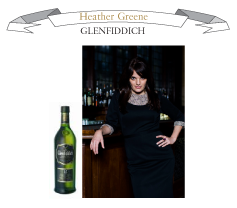 In 2009, Heather Greene was named American Young Ambassador of the Year, the first woman to be given this honor at Whisky Magazine Icons of Whisky Awards. No stranger to the limelight, Heather was already as a singer/songwriter of international acclaim selling out venues throughout the U.S. and Europe. Heather moved to Scotland to explore her family heritage and, finding another passion in whisky, joined William Grant in 2007 as the East Coast USA Glenfiddich Ambassador. 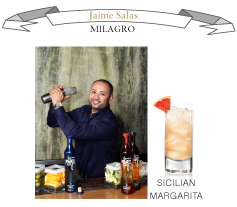 With a tequila collection featuring more than 300 varieties, Jaime Salas is a true tequila connoisseur. Raised in San Francisco, Jaime’s family took annual trips to Jalisco, Mexico, the birthplace of his mother, throughout his childhood and early adult years. Jaime always brought back a bottle of tequila from each trip and he continues to do so today. Jaime recently joined the team as Milagro Brand Ambassador for the East Coast and Central U.S. 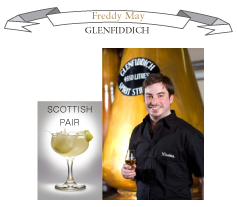 Like many whisky aficionados, Freddy May discovered his calling by accident. Born in England, Freddy first caught the whisky bug when he relocated to Scotland in 1999 to study in Edinburgh. While working at Oloroso, an award-winning bar overlooking Edinburgh Castle his love affair with whisky took full flight. In 2009, he joined William Grant & Sons as the Chicago-based Glenfiddich Brand Ambassador where he now represents the world’s most awarded Single Malt Scotch whisky. 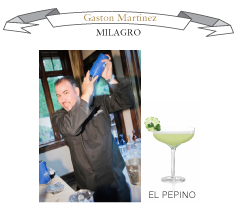 Originally from Argentina, Gaston Martinez has spent over fifteen years in industry, earning numerous accolades, most famously at Nora’s Cuisine, where he was known as the first “Neighborhood Mixologist” in Las Vegas, Nora’s was the “Best Cocktail Bar off the Strip”. Simon Difford named Nora’s one of the best cocktail bars in the world. Gaston has competed internationally at the USBG Pan-American Game as the official U.S. representative placing 4th amongst bartenders from 29 countries. 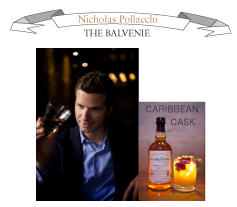 A world traveller, spirits expert and single malt obsessive, Western USA Balvenie Brand Ambassador Nicholas Pollacchi has spent his entire career committed to educating, entertaining and illuminating crowds across the planet. From the cocktail bars of his native Scotland to the four corners of the globe, Nicholas has developed an expertise and knowledge that sets him apart from his peers and makes him the perfect Ambassador for the world’s most handcrafted Single Malt Scotch Whisky. 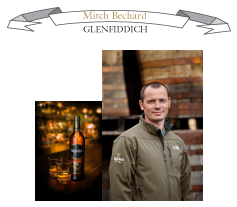 From Edinburgh, Mitch Bechard fell in love with Scotch Whisky at a young, albeit legal, age and has been pursuing that passion ever since. Having run restaurants in Portugal, England, Scotland and Australia Mitch landed a job as the UK Whisky Ambassador for Diageo’s whiskies. His love of Single Malt Scotches eventually took him to the US, joining William Grant & Sons as the Brand Ambassador for Glenfiddich; the world’s most awarded Single Malt Scotch whisky. 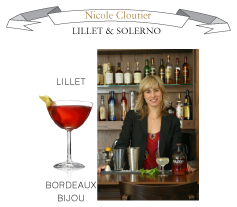 Born into a family of restaurateurs, Nicole Cloutier has extensive experience in the hospitality industry. After graduating from Sarah Lawrence College with a degree in Literature and Creative Writing, Cloutier worked as a waitress and bartender at a number of high profile restaurants in New York and Austin before joining Biehler and Associates, a boutique public relations firm in Austin. In 2008 Nicole joined William Grant & Sons as the Brand Ambassador for Lillet & Solerno. 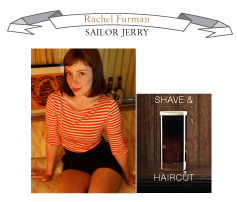 For Rachel, the fun began in Philadelphia as a nightlife personality with a website and newsletter called Rachel’s Guide – a where to go, what to do, in the city. Then came a weekly column in the Metro, and regular TV appearances on the 10! Show. After a Route 66 cross-country trek in a vintage Airstream camper, Rachel fell in love with all things Americana and continues to explore the Sailor Jerry lifestyle on the West Coast.