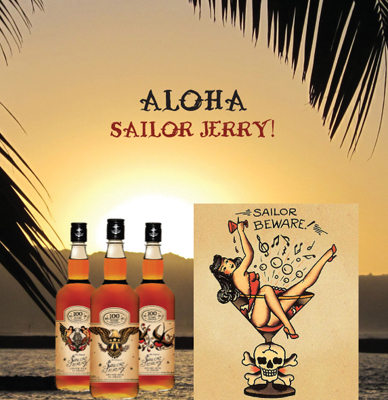 If Sailor Jerry (Norman Collins) was still alive, he would have turned 100 this past January. Besides being an interesting character, he was also the inspiration and theme for William Grant & Son’s Sailor Jerry Rum, a flavorful spiced Navy rum bottled at 92 proof. So, like any self respecting liquor company would do, in his honor they had a little party . . . for four days! In Hawaii! 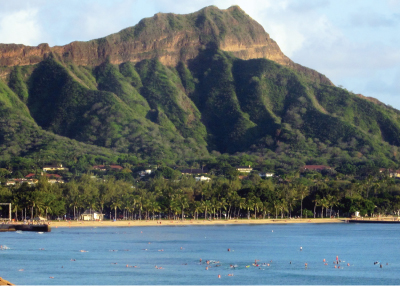 There were also several media people, including myself for in the Mix, along with delegates from Maxim Magazine and BlackBook Magazine, photographers, videographers, and more. Oh, and a band – the Black Lips from Atlanta. Doesn’t everyone travel with a band? We spent four days learning, exploring, eating, and drinking, guided by their personable and capable PR person, Dana Dynamite from New York City.

The night of Sailor Jerry’s birthday we partied in historic Chinatown in the infamous Hotel Street District. If you are not familiar with the Hotel Street district of Honolulu, it was where all the sailors went ashore to sow their oats. That’s a polite way of saying what they really did – get stewed, screwed, and tattooed. Bars, brothels (which were legal then in the Chinatown district), and tattoo parlors were all there. 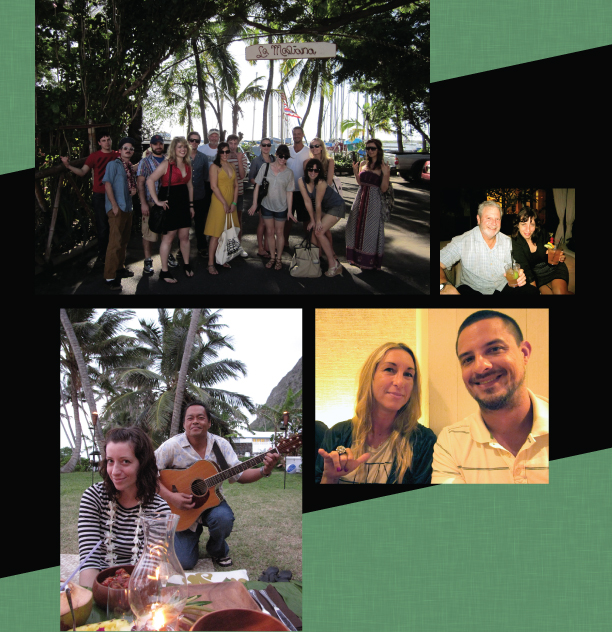 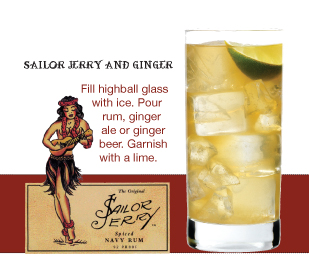 It was a different Honolulu in those days; the attack on Pearl Harbor had put us into World War ll and caused tension with the Japanese descendants living on Oahu, who made up nearly one-third of the island’s population. Hotel Street was the only place to blow off steam and forget about the war for awhile, if that was possible. Those were the days that made Sailor Jerry’s tattoos famous. To celebrate the occasion, we visited many locations in the district – okay, we bar-hopped, stopped by the original shop where Sailor Jerry did his tattooing, and attended a private Black Lips concert at the club Mercury for a hundred or so Sailor Jerry fans.

Now, a little about the rum – after all, that’s what it’s really all about. Sailor Jerry Rum is wonderful by itself, on the rocks. Its spicy, caramel flavor is rich and satisfying. At 92 proof, you would expect a little more of a burn but it’s amazingly smooth.

There are many, many ways to enjoy this bold rum. The Sailor Jerry Mai Tai is by far my favorite but this rum is incredible even with Coca Cola if you demand something easy. The Brand Ambassador, Rachel Furman, made us some incredible concoctions – I can’t even remember the ingredients and modifiers that were in them but if you check out SailorJerry.com, you’ll find a plethora of ways to mix it.

I want to extend my gratitude to William Grant and Son’s for allowing me to be a part of this educational experience. Their hospitality was unmatched as they went out of their way to show us the Hawaiian culture with events ranging from a traditional pig roast luau at a beachfront home to visiting landmarks such as the Pearl Harbor memorial. If you’re a tiki bar fan, and who isn’t, lunch at the La Mariana Sailing Club is a must! It is one of the last of the old-world tiki bars and is a classic, having occupied the waterfront of Keehi Lagoon for more than five decades. History for imbibers! 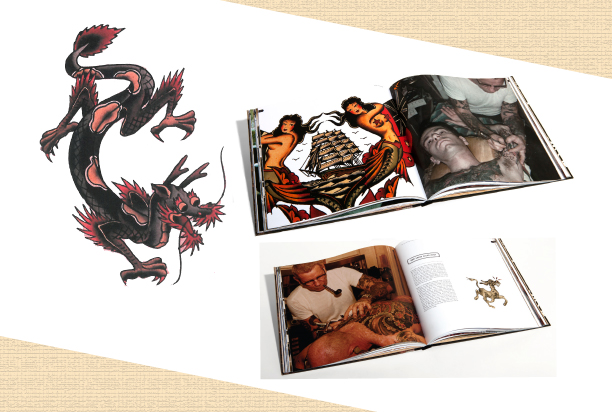 If you’re not familiar with Sailor Jerry the man, he was one of the most famous tattoo artists ever. “Hori Smoku” as he was called, is best summed up in this excerpt from the book Homeward Bound – The Life and Times of Hori Smoku Sailor Jerry:

“The epitome of the old school tattoo artist, Hori Smoku landed in Hawai’i in the late 1920s and never left. Symbolizing the rough and tumble attitude of the fighting man far away from home, Jerry revolutionized tattooing with his blend of traditional bold line American and Japanese techniques and designs.”

A prolific writer, Jerry maintained constant correspondence with many tattoo artists scattered around the world, especially the Japanese tattoo masters known as Horis. Hori, meaning to engrave or to carve, was usually combined with a syllable or part of the masters own name, such as the Japanese tattoo master Jerry communicated with, Horiyoshi ll. According to the book Homeward Bound, Jerry began using a fake honorific designed using his sense of humor, to gibe the Japanese for their inability to say “Holy Smoke.”