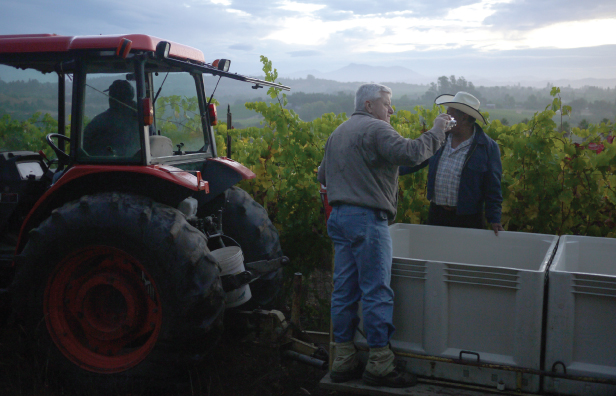 When selling wine, especially from a restaurant wine list, you shouldn’t be caught not knowing what you are talking about. It can cost you not just the sale, but also the cost of the product if an open bottle is returned due to misrepresentation. Your reputation for quality service depends on your knowing what the various regions and appellations generally produce.

I was a server in a premium steakhouse whose wine list offered 1,200 choices. On a January evening, I faced a table that was not men in suits, but a family of people who seemed unfamiliar with fine dining in a restaurant built for business clientele. He had me lean down toward him, where with one mighty hand he gripped my shoulder and with the other signed the number three. “This is my family,” he began, “and I want you to bring me three bottles of Dom Perignon.” 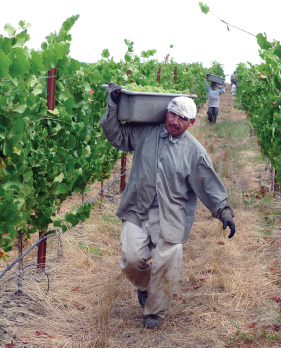 As luck would have it, the supply of that label had been poured away on the recent New Year’s Eve and not yet restocked. This restaurant, with a 1,200 item wine list and an inventory of 48,000 bottles, had less Dom Perignon in stock than the Miami Subs down the road. Delivering this news was no privilege. This man had positioned himself to impress his family. Now what?

It was time to act fast and credibly offer alternatives, and to succeed at selling. This unlikely candidate was about to get schooled in the concept of both terroir and tête de cuvee. Being able to explain that the Champagne region of France is home to a number of prestigious Champagne houses, each of which offer their own luxury label, saved the sale. I had “wine cred.” He trusted me to recommend one of Dom Perignon’s neighbors.

France has made it easy for us to run to the neighbors’ selections. While not all producers within a French region are equal, the government-controlled designation of origin makes it easier to recommend and acquire wines of a desired style. There also exists reliable peer pressure among producers who harvest from the same appellation. Only the worthy producers usually end up owning or obtaining the grapes from a top clos.

The United States has also been at work for decades on our own concept of terroir, via, on the surface, a similar system. Those familiar with France’s Appellation d’origine contrôlée can find some use for the designation of an American Viticultural Area (AVA). There are important differences, however. The French system is strict. It governs what is planted, how it is farmed, and how it is made into wine. The American system is there to basically say that land within an AVA boundary is known to give consistent traits to certain varietals. If it is French, you need to know the ground; if it is American, you need to know the ground plus what the producer has done with the varietal he chose to cultivate there.

Now to the topic: What would you do if someone ordered a premium California wine, say, the Silver Oak Alexander Valley, but it was sold out? You can only safely assume the customer who ordered such a wine and is willing to pay for it, knows the wine and nuances and style that call for its price. You cannot suggest just another North Coast Cabernet because that is a huge area containing 46 AVAs. Even the names of Napa and Sonoma are far too broad.

Here is a small round-up of official, more specific growing areas that often are among the more expensive on the wine lists. Think of them as good neighborhoods:

Mount Veeder AVA
Located within the southwestern end of the Napa Valley AVA, the steep slopes of volcanic soil produce revered Cabernet Sauvignon. With its unique herbaceousness and bold tannins, Mount Veeder AVA Cabernets are popular where businessmen sit for dinner. The tannins call for longer cellaring. There is a limited supply of this Cabernet, driving up prices and underscoring the importance of knowing the various reputable producers, including Robert Craig, Hess Collection, and Cuvaison.

Alexander Valley AVA
The Alexander Valley in northern Sonoma County is Cabernet country. This is where the Russian River begins, fed by numerous creeks at the north end. There is an argument for drawing a new line near the middle of the valley, but authorities cannot officially determine enough difference between products from each side of that would-be line. Some argue that Cabernet from the southern half of the valley fits a more reliable profile, and that is where most of the valley’s vineyards are. While several other varietals are planted, the Cabernet Sauvignon grown here is known first for its approachability. Its generally lower tannins and up-front fruit mean that long-term aging isn’t as necessary. To revisit the question posted above, what would you do if the Silver Oak ran out? Several remarkable producers offer Alexander Valley Cabernet, such as Jordan, Clos du Bois, and Murphy-Goode.

“Green Valley lies entirely within the Russian River Valley, so most people grasp it as a sub-appellation, but it is its own federally-recognized AVA. The defining elements are our fog and special soil type. Five million years ago, Green Valley was an inland sea that slowly drained into the Pacific Ocean, leaving behind a sandy soil bed that we now know as Gold Ridge soil – the most sought-after soil type for Pinot Noir today.”

Sta. Rita Hills AVA
Do not let your customers confuse this with Chile’s Santa Rita winery. In fact, the Chileans were very concerned about the potential dilution of their name, hence, “Sta. Rita Hills.” This AVA lies within the Santa Ynez Valley AVA, inside Santa Barbara County. While Santa Barbara Chardonnay is generally known for tropical fruit nuances, you cannot take for granted the flavors given by Sta. Rita Hills.

Jay MacInerney of the Wall Street Journal wrote this classic description: “On the one hand, it was very ripe and fleshy, and on the other, it had a bracing acid-slap that I associated with cool climate whites, and even a mineral note, which you seldom find in New World wines. It was little like meeting Jessica Simpson, only to have her start speaking perfect French in Carla Bruni’s voice.” With MacInerney’s perfect words, we know what we are talking about and therefore know how to sell. In this case, it is important to know that this is a collision of old and new world Chardonnay styles. Reliable producers include Brewer-Clifton and Fess Parker.

This is but a sampling of the scores of small, distinct, high-quality wine-producing areas within the enormous state of California, but it illustrates the important point of needing to know what is to be generally expected of smaller AVA wines. To give the best and most accurate service is to taste, study, and memorize. There is a lot to be learned about California’s AVAs, but this knowledge can save the sale and bolster the reputation of your service.