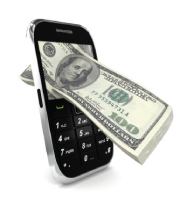 Chances are your mobile phone is already capable of a variety of functions, the least of which is making calls and texting. Smart phone apps are capable of everything from the crude (whoopee cushion app anyone?) to the useful (song recognition app). Now here comes another reason why you will never want to leave home without your phone. Last November, Google’s CEO predicted that in the near future we would be able to walk into a store and purchase anything using our mobile phones. Unlikely? It might seem so, but this purchasing power is already possible.

Purchase your next cup of grande latte from Starbucks using your Blackberry, iPhone, or iPod Touch. On January 19, 2011, Starbucks announced the nationwide debut of their mobile payment app that allows customers in all their stores to pay using their smartphones.

Step 1: Purchase a Starbucks card online or in a store.
Step 2: Download the app to your supported phone.
Step 3: Input your card number.
Step 4: Hold the bar code on this app to the scanner at the register.

You are now able to shave precious minutes off your morning coffee routine. Another app allows you to schedule and pay for your taxi using your phone. No doubt there soon will be an avalanche of similar apps.

Another way your phone can gain purchasing power is by using Near Field Communication (NFC) technology. This method is more costly and problematic due to the fact that most smart phones are not currently equipped with a NFC chip. Vendors will also need to install NFC readers at their registers. A bright point is the fact that big players such as Google and Apple are buying into this technology. Google and a couple of phone service providers seem to wholeheartedly support NFC while rumors abound about the next iPhone featuring a NFC chip. The idea is to “bump” your NFC-equipped phone with a NFC-enabled cash register for purchase transactions. Visa and Mastercard are on the offensive and are developing their own app to guard against the possibility of their credit card usage decreasing because of NFC.

Whether through using an app or adding an NFC chip to your phone, being an early adapter of this nifty new technology can save time and money. I believe it’s only a matter of time before paying for purchases using a cell phone becomes universal, except in very small, mom-and-pop type shops.