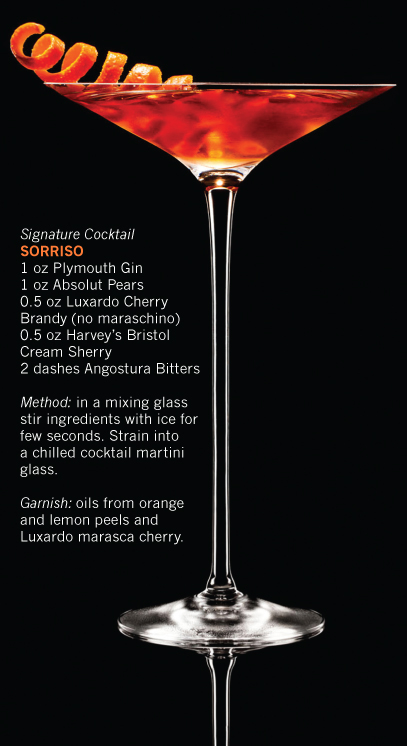 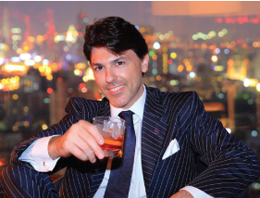 One of the world’s foremost mixologists, Francesco Lafranconi has been National Director of Mixology and Spirits Education for Southern Wine and Spirits of America for a decade. His distinguished global work experience and tenure has been gained at some of the world’s leading hotel bars — The Gleneagles in Scotland; The Palace Hotel in Gstaadt, Switzerland; The Intercontinental Hotel in
Cologne, Germany; and Harry’s Bar and Hotel Cipriani in Venice, Italy.

In 2006, Lafranconi received the Raising the Bar Award from Cheers magazine for beverage excellence and earned the Bartender Hall of Fame Award from Bartender’s Magazine. Two years later, Night Club & Bar Magazine presented him with the title “Mixologist of the Year 2008,” and Santé Magazine named him “2008 Spirits Professional of the Year.” He is regularly featured in trade publications and has appeared twice on The Martha Stewart Show.

Lafranconi created The Academy of Spirits and Fine Service program, a 12-week educational course he began developing in Las Vegas shortly after joining Southern Wine and Spirits in 2000. Over the last 10 years, close to 1,000 bartenders and beverage professionals have graduated from this program. When he’s not instructing in the classroom or developing beverage programs for five-star hotels or celebrity chef-driven restaurants, Lafranconi regularly attends trade shows promoting his “bar fresh” ideas and travels to distilleries around the world. His motto is, after all, “We’re not drinking, we’re learning!” 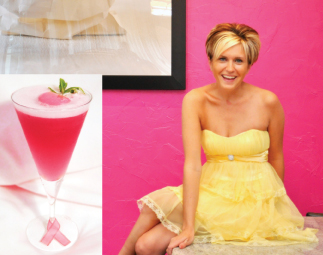 Method: shake and strain into a cocktail martini glass. Add one scoop of your favorite raspberry sorbet.Top with a splash of champagne.
Garnish: sprig of mint.

Bridget Albert currently holds the position of Master Mixologist at Southern Wine and Spirits of Illinois. In addition, she is also the Director of the Academy of Spirits and Fine Service, a program for bartenders that covers the history of all spirits and pre-prohibition cocktails. Bridget developed her techniques and talent tending bar at great establishments, most notably, the $1.6 billion Las Vegas resort, the Bellagio. Bridget is a champion for uncomplicated recipes, bright flavor, and fresh ingredients, and studied under Master Mixologist Tony Abou-Ganim, completing his cocktail and spirit program. Her other accomplishments include working with numerous charities, winning many awards, and being featured in the pages of many publications and on radio and television shows. 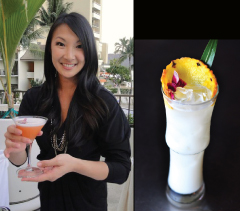 Method: muddle pineapple with lemon and syrup. Add Calahua and rum with ice; shake and strain over ice into bucket .

Chandra Lam has been in the restaurant and bar industry for 14 years at various prominent venues in Hawaii, including the Kahala Mandarin, Palomino, Sansei, and Pearl Ultra Lounge. Having previously studied with Master Sommeliers Chuck Furuya and Roberto Viernes, Chandra is currently working towards her Master accreditation with the USBG and serves as the Vice-President of the Hawaii Chapter. She has consulted for properties such as The Four Seasons, St. Regis, and Trump Tower, to name a few. Chandra believes that a truly great cocktail can only start with great ingredients and believes that bartenders, or bar chefs, should see their craft as an art and treat it as such. 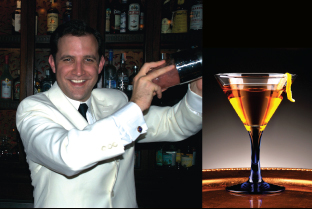 Method: shake ingredients over ice and strain into a chilled cocktail glass.
Garnish: 3 slices of pear shaved with hand-held mandolin.

Allen Katz has worked as a business consultant and in cocktail development for some of the most recognized brands in the beverage industry. He has been a featured sommelier at wine festivals in Naples, Florida and Sun Valley, Idaho in recent years. Additionally, he lectures on spirits and mixology for the Wine & Spirits Education Trust (WSET) in New York City as well as for the Food Studies Program at New York University. Allen may also be heard every Friday on Martha Stewart Living Radio, espousing the celebration of the American Cocktail on Living Today. He has worked with Slow Food to develop programming that has garnered acclaim and recognition from foodservice and consumer media. Allen is a frequent presenter at the top trade shows and industry events around the country. 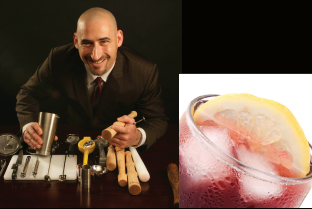 Method: in a mixing glass, add all but prosecco with ice. Shake and strain with the prosecco into a small wine glass half-filled with ice.

In addition to being the Director of Mixology for Southern Wine and Spirits of California, David Nepove serves as National President of the United States Bartenders Guild. He has worked within the restaurant industry for 25 years and has 23 years of bartending experience. David grew up in the restaurant business, learning the craft from his many restaurant experiences at great bars across the state of California. He is always focusing on “raising the bar” through increasing product knowledge and the execution of cocktails, bartending skills such as glass handling, bar set-up (mis-en-place), garnish preparation, and the use of today’s bar tools, which are all part of David’s daily agenda. 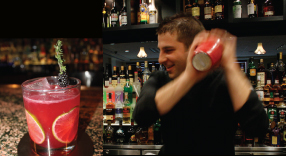 Garnish: 1 blackberry and 1 blueberry skewered by sprig of thyme.

Jason has over 20 years of experience in the beverage/service industry, covering the full spectrum of venues including everything from fine dining to high-volume night clubs. He has held nearly every front-of-the-house position that exists in the business, all the way up to General Manager. He has been a corporate bar trainer for notable chains such as Outback Steakhouse, Longhorn Steakhouse, Dave & Buster’s, and Bahama Breeze. In March of 2005, Jason began working for Southern Wine & Spirits of Arizona and quickly began honing his skills as a craft bartender under Master Mixologist Francesco Lafranconi.

Method: shake and strain into a chilled cocktail glass.

Mr. Sighinolfi divides his time between his director duties at Southern Wine and Spririts of Florida and his responsibilities as the professor of a Beverage Management course at Florida International University. He has over 30 years experience in the bar, hotel and restaurant business, having worked in New York, Aspen, and Italy. Prior to joining Southern Wine & Spirits in 2003, Mr. Sighinolfi tended bar for 7 years at the Hotel Astor in South Beach. While there, he was featured in many top publications, as well as on radio and TV shows.

Method: in glass shaker muddle cucumber and dill with lime juice. Add agave nectar and vodka. Shake all ingredients and double-strain through a fine strainer into a cocktail martini glass.

Mr. Armando Rosario, a graduate of Hotel Management School, has worked in such respected establishments as Le Cirque 2000 in NY, Princess Cruise Lines, and Wynn Las Vegas. For more than three decades, he has specialized in the development of innovative cocktail creations. His signature cocktails have appeared in trade magazines around the country. As Director of Mixology for Southern Wine and Spirits of NV, he is constantly promoting the resurgence of classic cocktails and the professional bartender.