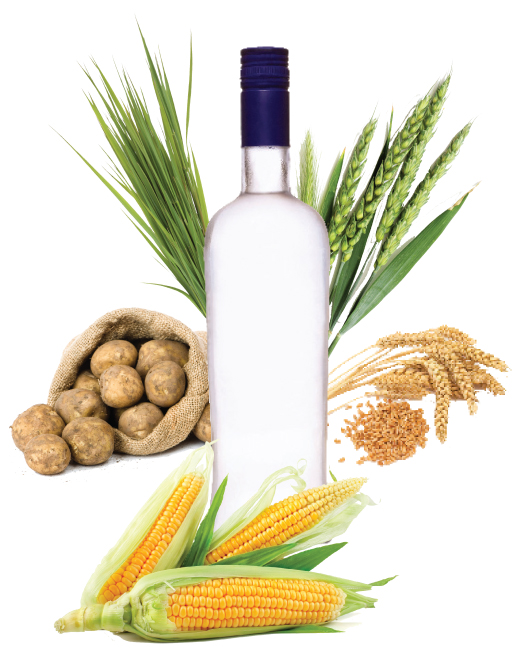 Culinary, food service, and restaurant management students at Johnson & Wales University are required to gain more than just a rudimentary knowledge of vodka, as they will need to more deeply understand the breadth of this spirit category and how representative brands may best be used for specific cocktails within specific beverage programs.

The origins of vodka are hazy. Some subscribe to the theory that its origins are Russian, its etymology stemming from the Russian word meaning “little water”, as in “water of life”, while others hold to the Polish origins of wódka, with the earliest known written reference coming from the Akta Grotskie court documents of the Palatine of Sandomierz, Poland in 1405. From humble beginnings in Eastern Europe, this spirit continues to dominate our U.S. landscape with its 700 labels or so and shows no signs of being supplanted by any other category.

Vodka is defined according to U.S. standards and produced in the U.S. as “a neutral spirit so distilled, or so treated after distillation with charcoal or other material, as to be without distinctive character, aroma, taste or color.” In Europe, there have been recent changes made to the EU’s laws governing vodka including that any source material other than grains, potatoes, or sugar beet molasses have to be listed. European laws also allow for the addition of glycerin, which may translate to a richer mouth feel and less assertiveness.

Now anyone who has tasted vodkas straight and in a serious, systematic way, knows that not all vodkas are completely neutral. How is that possible? It is due to the congeners produced during fermentation and distillation, which allow discerning palates to detect the source of the material used. These congeners include ethyl laureate, which gives fruity and floral aromas; ethyl myristate, which has an almost waxy flavor characteristic; and ethyl palmitate. Also, as vodkas are cut to be bottled at 80 proof if made in the U.S. and 75 proof if from Europe, they often reveal the origins of the waters used depending on how hard or soft they are.

Vodkas can be divided into three basic styles: crisp and clean, medium-bodied, and creamy. Vodkas that that are crisp and clean are generally made from winter wheat and barley. Examples of this style include Finlandia, Absolut, and Effen. These vodkas are perfect for dry Martinis as the acidity provides the incomparable cool, refreshing quality that beckons the cocktail drinker. Vodkas made from rye and blends containing rye or corn tend to have more robust mid-palate intensity and are more medium- bodied. Examples include Stolichnaya, Grey Goose, Eddie Phillips Prairie Organic (corn), and Ciroc. These vodkas hold up to some heavier mixers that are a little sweet, or sweet and sour such as in a Cosmopolitan or a Moscow Mule. Potato and corn-based vodkas tend to have more weight and heft in the palate and are represented by brands such as Tito’s, Ultimat, and Wyborowa with its storied Bison grass. These hold up to more intense and cream-based drinks such as the classic Bloody Mary or a Black Russian.

Whatever the vodka, we emphasize how important it is for your bartender to have a story to tell, and vodkas are replete with their own stories. The key for a good bartender is knowing which customer wants to hear which story and to make the appropriate choice.