Everything old is new again—at least, for some inventive mixologists and spirits aficionados creating cocktails with flavored liqueurs. Many have resurrected some old classics to star in creative new libations. Meanwhile, a variety of flavored spirits have debuted and are turning heads in their own right as key ingredients in trendy new drinks.

From 500-year-old Benedictine to 17th century Chambord, traditional-flavored liqueurs still reign as kings of the cocktail. However, newbies such as hum, Yazi Ginger Vodka, St-Germain and Dumante are making a name for themselves as mixable new liqueurs in restaurants and bars across the country. Some chefs and mixologists are even creating their own flavored liqueurs by infusing them right in their kitchens.

Hal Wolin, mixologist and spirits writer for www.amuddledthought.com, reflects on a few trends he picked up on in the past year. “While you’ll always have the classics of gin, bourbon and scotch, 2009 seemed to be the beginning of the awakening of mescal as a mixable spirit gaining popularity,” he says. “This year, the push seems to be the reintroduction of tiki drinks as classic cocktails, and using fresh ingredients rather than those frozen syrupy drinks you often get at resorts. Sherry has also been getting a push as a main component in cocktails.”

“Yazi is another flavor profile for their arsenal,” she says. “Ginger vodka is slightly unexpected, so its versatility has really helped to drive the trend.”

It is a challenge to come up with a new liqueur, and it is a challenge to come up with something unique, says Luca Bianconcini, chief operating officer of Louisville, Ky.-based Dumante Verdenoce, maker of a new ultra-premium pistachio flavored liqueur. “There’s no other pistachio liqueur, but there are new flavored vodkas every day it seems. It took our founder two or three years to develop the product, including many trips to Italy. But, he is a huge pistachio fan, and his research told him there were no other pistachio liqueurs. Nutty liqueurs are so popular, he thought this would be a great product.”

Dumante, which has been on the market for nearly three years, was developed by Howard Sturm, CEO/owner of Dumante Verdenoce and a longtime connoisseur of Italian wines, foods and spirits. Bianconcini says Sturm had no previous background in the spirits industry before developing the new spirit. “Nutty liqueurs like amaretto (almond) and Frangelico (hazelnut) are so popular for mixing, so he thought there was really a place for a fine pistachio liqueur.” 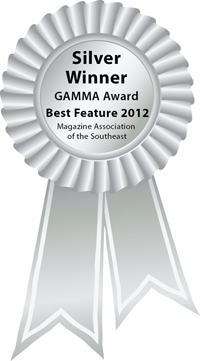 The liqueur is produced and bottled in southern Italy by artisans who have been in operation since the late 1800s. The pistachios used in the spirit are from the slopes of Mount Etna in Sicily, and are the most expensive available.

“Dumante is made from an infusion of pistachios, which is another expensive process as opposed to using extracts,” Bianconcini says. “We could have done it the other way, but Howard didn’t want to cut any corners.”

Dumante is designed for an after-dinner drink application, but is highly mixable and makes great cocktails and martinis. Customers are also cooking with it, adding it to desserts and savory dishes.

The signature Dumante cocktail is the Sicilian Manhattan, in which New York meets Sicily. “The drink is made with bourbon, as we’re in bourbon country here, and rather than cherry juice and vermouth, we use Dumante and a dash of blood orange bitters,” Bianconcini says.

Other drinks are the Martini Italiano made with vanilla vodka, Dumante and dark crème de cocoa; and the Dolce Vita, made with equal parts Dumante and Bailey’s Irish Cream with a dash of Chambord.

While there are many nut-based liqueurs, infusing spirits with herbs, spices and flower essences is another popular way to add interesting flavor.

Yazi Ginger Vodka, which was launched in 2006 in the Northwest, is now expanding to other areas of the country and currently is carried in bars and restaurants in 38 states. “We wanted to create a spirit that would be unique, yet approachable to mixologists as well as the at-home bartender,” says Bledso.

Yazi is made with four different species of ginger, as well as extracts from lemon, orange, cayenne and red pepper, giving it a sweet and spicy flavor. “This allows it to pair well with a variety of other cocktail ingredients, especially fruit. Many of our drink recipes include cranberry, lemon or apple juice,” Bledso adds.

She says Yazi cocktails were created with a female audience in mind. “We wanted to create drinks that are fun, unique and visually stimulating, but also simple to make. Signature cocktails have seen dramatic growth during the last few years.”

The Snap Dragon combines Yazi and green-tea liqueur with tonic water for a light, crisp cocktail. The Dragon Drop is Yazi, triple sec, sweet and sour, sugar and muddled lemon, and is served chilled and up. The Shanghai Lemon Drop is a twist on the traditional lemon drop, with Yazi, limoncello and peach bitters shaken with ice and served up.

Produced by The Hum Spirits Co., Chicago, it debuted in November 2009, and currently is available in five states and quickly expanding across the country.

Inspired by the great amaros of Italy, hum was created by celebrated mixologists Adam Seger of Chicago and London’s Joe McCanta. An inventive cocktail made with hum is the Botanical Timewarp, made with equal parts hum and Benedictine. “We call it the ‘timewarp,’ as hum was launched in November and Benedictine just celebrated its 500th anniversary,” says Seger. “The drink is delicious, with hum’s spicy hibiscus balanced with Benedictine’s herbal complex earthiness. Hum is also great chilled and topped with sparkling wine.”

He says hum can be enjoyed on the rocks with lime and a splash of soda or served tall with tonic, ginger ale or cola. Hum can also serve as a replacement for sweet vermouth or orange liqueur to kick up the classic Negroni, Manhattan or margarita. 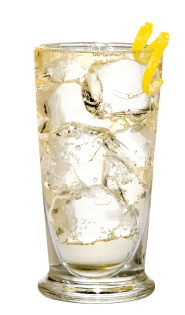 St-Germain, an artisanal liqueur, was launched in 2007 by The Cooper Spirits Company, New York. It is the first liqueur in the world created in the artisanal French manner from freshly handpicked elderflower blossoms. The wild blossoms are gathered in the foothills of the Alps a few days each spring.

The liqueur has a subtle, yet complex, flavor, reminiscent of tropical fruits, pear and citrus. St-Germain is extremely versatile and pairs well with all base spirits, adding character to any cocktail. Some popular renditions are the St-Germain Cocktail, made with champagne and club soda; St-Germain and Champagne, made with brut champagne or brut rosé; and St-Germain Kir Blanc, made with Sauvignon Blanc.

At Osteria Via Stato in Chicago, a popular flavored dessert cocktail is the Chocolacello. “Limoncello is the traditional Italian drink, and this is a variation of that drink,” says Mo Ferris, general manager. “We also make a Strawberry-cello in the summer, when strawberries are in season.”

To create the cocktail, chef David DiGregorio infuses a high-quality non flavored vodka with a high-quality chocolate mixture. First, he heats sugar, cocoa, milk and vanilla. Then, he takes it off the heat, cools the mixture and adds the vodka.

“There’s no waiting period with the Chocolacello as with a limoncello, which infuses for a long time in order to extract the flavor from the [lemon] rind,” he says. “With this, you take the mixture off the fire, finish with the vodka and it’s ready to go.” 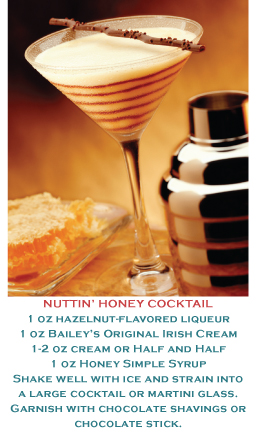 Another way to freshen up after-dinner cocktails is to pair honey with flavored liqueurs. “With the popularity behind the bar for seasonal, local ingredients and homemade extracts, bitters and tinctures, pure honey is a natural choice for a subtle, distinctive sweetener,” says Emily Jack, marketing assistant for the National Honey Board.

Honey naturally complements the flavors in ingredients such as fruits, nuts and chocolate, says Jack. “Honey delivers both body and taste to any drink formula, not to mention a bit of romance.”

Some cocktails developed by the National Honey Board are: Nuttin’ Honey, made with Frangelico; Root Beer Float, which is root beer schnapps and Godiva liqueur; and Chocolate Strawberry Shake for My Honey—Godiva liqueur and Tequila Rose (a strawberry cream liqueur).

“Luck Be a Lady Tonight was inspired by a Beefeater party with a British theme that conjured up the idea of gambling and luck in my head,” says Wolin. “Playing off the sweetness of the Chambord and the juniper notes of the Beefeater, I mellowed both of these with some lillet blanc, and played off the vanilla notes in the Chambord with some Navan Vanilla Liqueur.”

Kathryn Kjarsgaard is a freelance food writer based in Forest Park, Ill. “The article was reprinted from The National Culinary Review, May 2010, Vol. 34, #5 ©2010 The American Culinary Federation, Inc. All rights reserved.”