The summer diet season may be in full swing…but never fear! A fleet of calorie-conscious cocktails made with top-shelf spirits, seasonal fruit and natural-ingredient based mixers can nicely fatten up your seasonal cocktail menu offerings and profits. As the mercury climbs and longer days supply sunlight during happy hour, it is interesting to observe how cocktail menus will adjust to time and temperature changes. This year, low-calorie cocktails with full, natural fruit flavors are making the scene in a big way.

The advent of the low-calorie cocktail trend is nothing new. Carina Ost, spokesperson for Fleming’s Steakhouse (which has a scrumptious raspberry vodka cocktail making our roundup), observes that beer companies have been on this track for years. Miller Genuine Draft 64 has been one of the most high-profile brands to earnestly court this female-driven demographic. She also notes that liquor, like VeeV, appeals to that base as its flavor and marketing hinges on açaí, which has 57% more antioxidants than pomegranates.

“Calorie conscious customers and savvy bartenders alike have always sought out ways to have their cocktail and drink it too,” says Ost. “However, we can in part credit reality television for pushing demand for the low-cal cocktail to a new natural high. Bethenny Frankel from The Real Housewives of New York City made the term “skinny cocktails” a national buzz word, prompting creative minds to think beyond the bikini martini and 100-calorie margarita, to give people all kinds of options. She introduced us to her Skinnygirl Margarita product and the world of 100-calorie cocktails was unleashed.”

Not long after this conversation, on March 21, Beam Global formally announced its business engagement to Bethenny Frankel with its acquisition of the Skinnygirl® spirits brand. The company was especially encouraged by the fact that the brand’s flagship product, Skinnygirl Margarita™, was the spirits industry’s fastest growing ready-to-drink (RTD) product in the U.S.

However, Frankel and Beam have company…enough to rival a Tyra Banks reality show casting call. Back in December, Firefly (known for its tea-and-vodka RTDs) introduced Skinny Tea to its lineup. It not only offers full-bodied taste with fewer calories but it also has its own fun back-story. “Firefly is known for its great taste, mixability, and genuine Southern heritage,” says co-founder Scott Newitt. “While our loyal fans love our sweet tea made with real Louisiana sugar cane, many asked if we had a sugar-free tea. We wanted to satisfy our fans’ requests and our answer was Skinny Tea (www.fireflyvodka.com), our original sweet tea-flavored vodka minus the sugar. It is still infused with South Carolina tea, but the difference is that it is made with Truvia™ natural sweetener, created from stevia, an herb that is naturally sweet and sugar free.”

Also relatively new on the scene is Slim Spirits (www.slimspirit.com), which endeavors to be all things to all tipplers with its lineup of gin, vodka, rum, tequila, and whiskey. While their variety is intended to spice up options behind the bar, it also promises 25% fewer calories per serving than traditional liquor brands, furthering its quest to be recognized as the first line of “lite” liquors to hit the market. Voli Light (www.volispirits.com), in contrast, takes the strategy of going deep with its line of vodkas rather than spreading itself thin among a variety of categories. Voli Light’s flavors include espresso vanilla, raspberry cocoa, and lemon – all of which promise full-bodied flavor with 25 to 40% fewer calories.

Kelly Mecca, co-founder of the newly launched Slim Bob and Skinny Chick mixers, points out that they are in the right place at the right time. Their products are hitting shelves at BevMo’s in California and Arizona, and in select locations of  Total Wine in California, Arizona, and Nevada this spring, and in locales elsewhere in the U.S. during the course of the year.

“You don’t have to look any further than the on-premise sector to see this is far more encompassing than a trend,” says Mecca emphatically. “I like to use the TAB analogy: Long before there was Diet Coke, there was TAB. I drank TAB because that’s what was available. Skinny-branded bar products may evolve much in the same way, but there is a definite demographic for these products, which like Diet Coke will become a part of our everyday life.  Why now? Timing. The other day I went through a drive-through and the drive-through menu had calorie counts on the food items. In some states, restaurants are required by law to disclose calorie counts on food.”

Mecca encourages buyers and restaurateurs to look ahead to a future when all their customers will understand the full caloric impact of a cocktail (1-1/2oz. of spirit alone is approx. 108 calories), making happy hour a little less happy. “The movement is a consciousness, not a product,” Mecca adds. “The cocktail culture doesn’t have to give up artistry to have the benefit. We are developing recipes for handcrafted cocktails right now that don’t require a pre-manufactured mixer. We tout complex flavor profiles and less of a sweetener aftertaste. We work with on-premise for private label projects and we develop Skinny Cocktail menus for individual clients.”

While bars on the forefront of mixology trends are going to push hardest for the use of hand-wrought, fresh fruit and vegetable juice, if a venue is squeezed for time or has a pressing agenda to sell volume, there is a myriad of health and energy drinks that can easily be used as mixers. There were several products seeking celebrity boosters, and when mixed with spirits, these products delighted the calorie-conscious crowd at 2011 Grammy and Academy Award pre-event soirees.

BONITA MIXES
(bonitasmixes.com, $6.99 each)
Founder and inventor Bonnie Burchell began making SugarFREE Margarita mixes about five years ago in her home, using Splenda and real juices. Since then, her product line has expanded to include low-cal Mojito and Sweet & Sour mixes as well.

VOTRE VU’S SNAPDRAGON BEAUTY BEVERAGE
(votrevu.com, $26 for 2)
Packs a nutritious punch on its own. However its unique mix of mango, pomegranate, and acai berry juices, various teas (green, white, and gorgeous red), and herbs, blends nicely with a blanco tequila or light rum – a good bet for spa cocktail menus.

SENSA® QUENCH
(trysensa.com, $39.95 for a box of 20)
Drink packets in orange and pink grapefruit not only deliver a burst of citrusy flavor when mixed and made into a vodka cocktail, but also offer the added benefits of vitamins, green tea, and the antioxidant-packed maqui berry.

With the popularity of tequila still on an upward trajectory, it should be no surprise that its core ingredient—agave—has gained popularity as a natural sweetener for cocktails, non-alcoholic beverages, and even food recipes. Bartenders in particular appreciate the fact that because it is 1.6 times sweeter than honey, they can use less of it but still attain a sweet, full flavor. This also multiplies customer potential, as vegans, vegetarians, and diabetics may already use it as healthy substitute for honey, sugar, and artificial sweeteners. Since the sweetener is a thin liquid, not viscous, it mixes more cleanly with other ingredients, whether the drink ordered is iced tea or Long Island iced tea.

In fact, any mixer or sweetener coming directly from nature has an edge, even in businesses where the bottom line is dependent on volume sales. Enter products like The Perfect Puree (www.perfectpuree.com), which promotes itself as bringing substance to the style and the lifestyle of cocktails. Its prolific line of fresh-fruit hewn purees, including exotics such as white peach, lychee, papaya, prickly pear, and kiwi, offers low calorie counts and antioxidants as well as a blast of creative options. On the other hand, Sparkling ICE (www.sparklingice.com), based in the Pacific Northwest, combines the appeal of low calorie content, real fruit flavors, and vitamins with their corporate involvement with a variety of charities (Susan G. Komen for the Cure, Medical Teams International, The Donna Foundation, Children’s Hospital, and American Diabetes Association).

Tea beverages, meanwhile, are expanding customers’ and mixologists’ options, in terms of both exotic new flavor combinations and health benefits. Rooibee Iced Teas (www.rooibeeredtea.com) unite the best flavors of South Africa and the American South. The Louisville, KY-based company brews only with Rooibos grown in the Cederberg region of South Africa’s Western Cape. Besides being delicious, Rooibos tea contains powerful antioxidant properties 50 times more potent than those of green tea.

Kusmi Tea (www.us.kusmitea.com) not only offers a variety of green, black, and other exotic, healthy teas and infusions, but it also has a fascinating back story that connects its modern appeal with the tea merchants of late 19th century Russia. After the First World War, the family brought their business to Paris, where the teas caught on with high society. In 2003, the Orebi family brought Kusmi back from the brink by using blending traditions established by the founders, creating new blends aimed at the health conscious, and adapting their product mix for the emerging global cocktail scene. 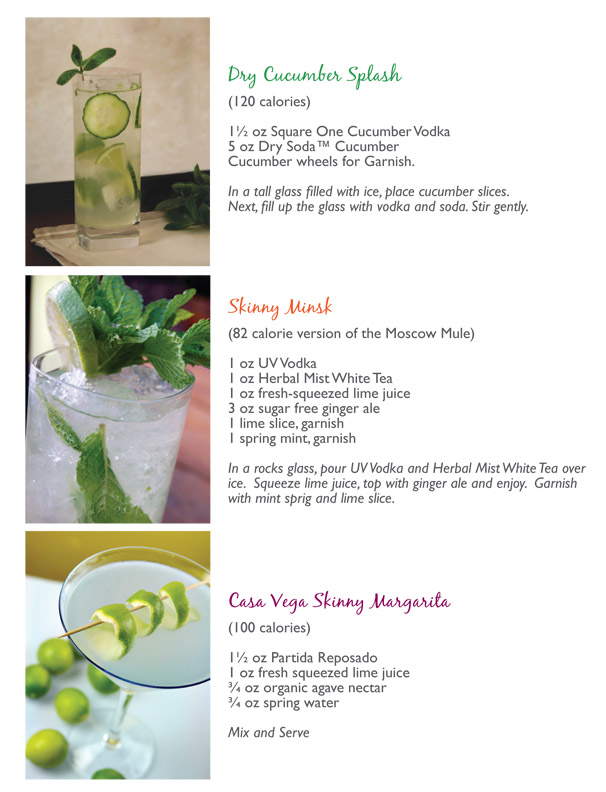