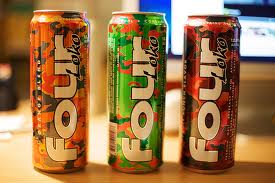 The consumption of caffeinated alcoholic beverages (CABs) has exploded among college students and young adults seeking an inexpensive way to carouse with their peers.  Drinks like Four Loko, Rockstar 21 Torque, Joose, and Moonshot, which combine high levels of alcohol with caffeine, taurine and other energy boosters have swept college campuses, and in some cases consumption has resulted in injury or death.

The drink Four Loko has generated the most concern and raised the ire of parents, college administrators, state legislatures and most notably the federal government. Experts, who refer to the drink as “blackout in a can,” believe that Four Loko’s combination of alcohol and caffeine, or the equivalent of five beers and a cup of Starbucks coffee, make it difficult to self-monitor intoxication levels.

In the past two years, an increasing number of states, including Washington, Michigan and New York have banned the sale of CABs, including Four Loko. In November 2010, the Food and Drug Administration (“FDA”) responded to the growing concern and apprehension at the state level by issuing Warning Letters to the company producing Four Loko, as well as three other CAB manufacturers, including those who produce Moonshot, Joose, Max, and Core High Gravity. The Warning Letters sent to these manufacturers specified that as used in their products, caffeine is an unsafe food additive, and therefore the product is deemed “adulterated” under Section 402(a)(2)(C) of the Federal Food, Drug, and Cosmetic Act.  Regulations on the general provisions for food additives are located in Title 21, Code of Federal Regulations, Part 170 (21 CFR 170).  The four beverage manufacturers warned by the FDA each immediately responded that they would cease their production of the specified CABs and further seek their removal from store shelves.

Alcohol distributors and retailers should take heed and be sure to immediately remove the banned beverages from their inventory and shelves. Those who have not yet acted and continue to sell caffeinated alcoholic beverages, whether banned or not, face the potential for severe consequences, including exposure to potential civil liability, sever fines, or even jail time.  In the recent months since the FDA’s effective ban occurred, numerous alcohol retailers have been arrested in raids by both state and federal alcohol beverage control departments.

Jordan Bernstein is an Associate at Michelman & Robinson’s LLP Los Angeles office. He is a member of the Firm’s Commercial & Business Litigation Department and Hospitality Law Practice Group. Mr. Bernstein focuses his practice on the food, beverage and restaurant industry. He can be reached at jbernstein@mrllp.com or at 818.783.5530. This information is general and educational and is not legal advice. For more information, please visit www.restaurantlawyer.com.