In a nut-shell, this is how Labor Day got started, in case you forgot, or skipped that class. After a massive railroad strike started at Pullman in 1894 had gone national, President Grover Cleveland ordered in US Marshals and 12,000 US Army Troops to restore order. This caused further outbreaks of violence which led to 13 strikers being killed and 57 wounded along with a staggering amount of property damage. This led Congress to declare the holiday to appease organized labor, just six days after the strike ended. 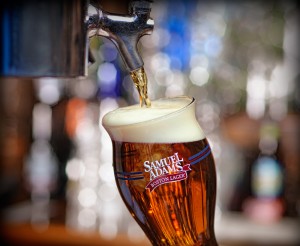 What better beverage to enjoy the last weeks of summer and Labor Day than with an ice cold beer! We suggest Samuel Adams! On Tap! Or better yet 2, after all, 2 Taps are Better Than One!

It is said that in 1814 a brewery tank containing 3,500 barrels of beer ruptured causing a tidal wave of beer through a London Parish. Two houses were demolished and nine people died. (sounds like bull to us, but hey…)

Beer dates back to at least 4,000 BC. The earliest Sumerian writings mention it. The earliest recorded recipe for brewing beer found so far is from the ancient Babylonians.

Q. Which state has the number 1 beer consumption per capita in 2010?

Q. Which country has the number 1 beer consumption per capita?