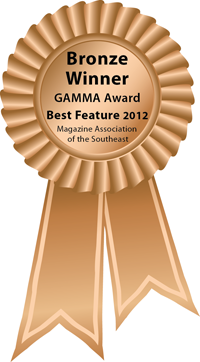 Travelling 11,000 miles in 17 days across 7 countries made for quite an extraordinary summer adventure abroad. Plans were made over a year in advance. Our anticipation grew as the months flew by and the departure date neared. We would be tracing the route of the Vikings in Northern Europe starting in Copenhagen, Denmark and going through Norway, The Faroe Islands, Iceland, Northern Ireland, Ireland, and England. Visions danced in our heads not only of refreshing our history lessons from high school but of seeking out beverages and cocktails along our journey that were unique and distinctive to each region, to each city. What a brilliant idea, Don Billings! From Acquavit to Icelandic Reyka vodka to Bushmills and Guinness, we covered and sampled them all.

The Vikings travelled extensively and in short were very mobile thanks to their long boats, which they sailed along the coastlines of Europe and the Hebrides. We followed one of their more popular routes as they plundered monasteries and villages in Norway, Denmark, Scotland, Ireland, and Iceland. Of course, our mode of transportation was a tad bit more luxurious and safe. The M/S Marina, Oceania Cruises’ brand new 1,200-passenger dazzler served as our home away from home for 14 days. The ship carried all the conveniences and luxuries you can imagine, well-stocked bars, and gourmet cuisine-we were in for the duration. Along with the usual grand dining room, this ship had several specialty restaurants so you never got bored with the selections or scenery. The Red Ginger Asian-themed restaurant carried an impressive array of eight different sakes. There was one Master Sommelier and several sommeliers and wine stewards available to serve your favorite wine from all around the world. After checking that our provisions were stored, it was off to follow the route of the Vikings.

Copenhagen, Denmark was surprisingly warm and sunny as we attempted to shake off jet lag by walking the city for hours upon our early morning arrival. The Danes are fanatical bike riders and they even have their own special lane amid the bustling traffic. This is the best way to get around for sure, unless you’re lucky enough to find yourself as we did on a 2 ½ hour Segway tour of the city. Adam was our amiable guide, and after a quick lesson on operating these fantastic machines, we were off to see sights including The Little Mermaid, Latin Quarter, The City Lakes, and The Royal Playhouse, just to mention a few. This was exhilarating and gave us special insight to Copenhagen that we’d never known before. That evening, Don, as always, had his libation antennae up and we found ourselves at the Absolut IceBar Copenhagen by ICEHOTEL. Without a doubt the coolest bar for a tipple in Copenhagen, the temperature is set to a shivering 5 degrees Celsius. The atmosphere is over-the-top arctic with the interior made of pure ice from Sweden’s Torne River. We marveled at the artwork, chandeliers, benches, and tables-all made of ice. Even our drinking glasses were made of ice. They were so refreshing and were made manageable by donning special capes with hoods and gloves into the bar. This experience finally ended my jet lag and woke me up. I didn’t want to leave.

Note: A skaal is a Scandinavian toast of friendship and goodwill that may be offered when you are drinking, sitting down to eat, or at a formal event. Don and I were fortunate to experience and proclaim a great many skaals (CHEERS) in 17 days.

Kristiansand, Bergen, and Flam Norway ~ Aquavit and Norwegian salmon were front and center while lunching at Sjøhuset Restaurant overlooking the bay and marina in Kristiansand. We escaped the cold and rain and appreciated the cozy atmosphere of this local favorite. Aquavit (pronounced “AH-keh-veet”) has enthralled Don for a while now and he can’t resist sipping and analyzing it whenever we see it on drink menus. Now here we were in Norway where Linie Aquavit, The Spirit of Norway, is the drink of choice at all celebrations including May 17th when Norwegians celebrate the drafting of their constitution. This traditional spirit is a potato-based liquor most commonly flavored with caraway or perhaps dill. And with a stiff 40% alcohol content, you’ll be feeling no pain and perhaps speaking Norwegian even though you’ve never studied it in school or on Rosetta Stone. Skaal, indeed, and don’t forget to pack your Excedrin when travelling to Norway!

Factoid: There is a certain humor in a country that permits its citizens to buy a whole crate of beer at the local store, but not one bottle on its own. Or, when a local inhabitant is refused a drink at a hotel, while his good friend from the neighboring town can order as much as he likes.

Factoid: Since 1922, the state has had a monopoly on the distribution and sale of wine and spirits in the country. Six distilleries sell spirits to the wine monopoly; about 2,000 farmers send potatoes to be distilled. The wine monopoly carries out production and sells the product in 95 shops throughout the country.

The Faroe Islands, and their capital city Torshavn, were a wonderful surprise along our journey. Perhaps because the population was less than 50,000, alcohol was prohibited in the Faroes until 1992. Genuinely rustic with a dramatic landscape, many of the homes have grass roofs and the entire island is greener than the mind can comprehend. Black Sheep lager flows freely here and also of interest is Foroyar Bior – a weak beer with around 2% alcohol content that is readily available in most stores, much like soft drinks here in the USA. In general, this tiny country is a sleeping beauty and isn’t terribly well known around the world. Mention The Faroes to Americans and they look at you like, huh? Please people, whip out the Atlas that is gathering dust on your coffee table and take a look at this beautiful slice of heaven on earth out in the middle of nowhere between Norway and Iceland.

After years of wistful thinking, we finally made it to Isafjord and Reykjavik, Iceland! Our personal guide in Reykjavik and surrounding areas was Fjalar Sigurdarson, who heads up PR/Marketing for Reyka Vodka in Iceland. Fjalar met us at the port and took us to the Reyka Vodka distillery. There we met with the distiller, Posjut Siguhssen, who gave us a hands-on tour of their small batch distillery. Both of these gentlemen were excellent hosts and spoke almost perfect English, of course. We were eager to learn all about this unique vodka, which is seemingly primed to burst onto the US market but is still hard to find.

Reyka is the first vodka distilled in Iceland. The word Reyka derives from the ancient Icelandic word for stream or smoke. It is a geothermic stream from the center of the earth that powers Iceland’s first and only vodka distillery, making it the only eco-friendly vodka on the planet. According to master distiller Kristmar Olafasson, Reyka is distilled from wheat and barley and the water requires no treatment or demineralization. After distillation in the Carter-Head Still, it is filtered through lava rock, which gives it the uniquely Icelandic flavor.

Skál! is the Icelandic spelling for “cheers” and was a sentiment echoed clearly as we sampled Reyka Vodka with tonic and soda water over pure Icelandic ice. I found the Reyka to be incredibly smooth and an easy sipper, if so desired. Also having the knowledge of where it comes from and how pure in nature it is, truly added to its cachet and attractiveness. I’m convinced the filtration process through the lava rocks is their most valuable and distinctive asset. Thank you, Fjalar, for a fun-filled day.

While visiting Reykjavik we had to have a traditional lunch with local beer and of course, Don had to try whale meat (minke, to be precise). Viking and Thule are the two best-selling beers in Iceland; we tried both and I now understand they are available in the USA.

Factoid: Prohibition in Iceland went into effect in 1915 and lasted, to some extent, until 1989. The ban originally prohibited all alcohol, but from 1935 onward, it only applied to “strong” beer. So each March 1st since 1989 is celebrated as Beer Day. The legalization of beer remains a significant cultural event in Iceland, as beer has become the most popular alcoholic beverage.

In Belfast, Northern Ireland we took a private guided excursion with our new friends Wendy and Brian Unger from Vancouver. We travelled along the spectacular northeast coastline through charming villages and scenic rolling green hills to the Giants Causeway, a site everyone should see once in their lifetime. But just down the road was our true destination – the old Bushmills distillery. Bushmills dates all the way back to 1490 and is the oldest licensed distillery in Ireland. Upon completion of our tour, we were lucky enough to sample the Bushmills Reserve 12-Year Old Sherry Cask Single Irish Malt Whiskey, which is only available to visitors of the distillery. We all learned a great deal, and in particular, how Bushmills distills their whiskeys three times thus producing the smooth, subtle honeyed flavors that are apparent when sipping – not gulping.

”The light music of whiskey falling into glasses made an agreeable interlude” – James Joyce, 20th  century Irish author in Dubliners

Dublin, Ireland ~ I am always in the mood for a Guinness and believe me when I say it tastes even better on a warm sunny day in Dublin fresh from the tap at Guinness.

We were invited to experience the new Guinness history museum, which was transformed from a 7-story fermentation plant built in 1904 and operated through 1988. At the top, you are treated to a 360-degree view observation deck with all of Dublin laid out in front of you, along with a free pint of Guinness. Guinness has been brewing continuously since 1759, when Arthur Guinness set up shop at St. James’s Gate in the heart of Dublin.

Factoid: About 10 million glasses of Guinness stout are consumed around the world every day.

Don and I couldn’t imagine a more fitting way to finish off a day of sightseeing in Dublin than to have one more pint of Guinness at The Brazen Head, which is officially Ireland’s oldest pub, dating back to 1198.

Slàinte (Cheers to your health!) was once again spoken, a message that was somehow bellowing up from the depths of my voice which, after 17 days, was starting to wear and wither but could never be completely suppressed. Our mission on this trip was clear from day one: we came, we saw, we conquered and tippled our way through this historic and beautiful region of Northern Europe, along the route of the Vikings.