Apple Season and autumn is just around the corner and our friends at Dress The Drink had their Premier Mixologists create a collection of four Signature Cocktails in honor of autumn and apples! These exquisite Signature Cocktails use ultra gourmet apple garnishes and blends that are sure to please everyone’s palates and compliment your drink list.

Also get your apple facts and test your knowledge below. 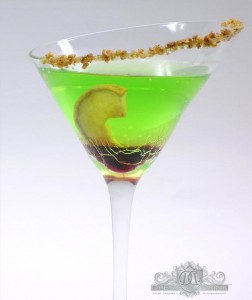 The Mix…
Combine ingredients in a shaker full of ice and shake vigorously. Rim half of a chilled martini glass with Dress The Drink Twisted Apple Blend. Pour contents of shaker into glass. Drizzle a small amount of Chambord into the bottom of the glass creating a secondary layer. Garnish the cocktail with a Dress The Drink Apple Fruit Chip.


Everyone has secrets and this award-winning signature cocktail is ours! Secret Apple brings together harmony on a chilly evening. Bursting with secret flavors it’s a must try for any type of entertaining or signature cocktail menu. 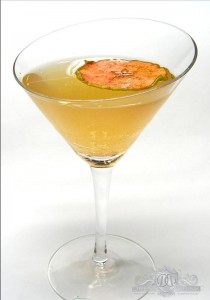 The Mix…
Combine ingredients over ice in a cocktail shaker and shake vigorously.  Pour into a very chilled martini glass and garnish with Dress The Drink Garlic Apple Fruit Chip.


The Forbidden Apple a la mode signature cocktail is simply sinful. This cocktail offers the American Apple Pie in a sip. The subtle hints of vanilla, cinnamon, and ripe spiced passion are blended chilled with apple cider. The combination of flavors makes this cocktail a centerpiece of any gathering. Accented with the Dress The Drink Apple Cinnamon Pie Crust Blend and garnished with Apple Cinnamon Pie Crust Chocolate Swizzle Stick. 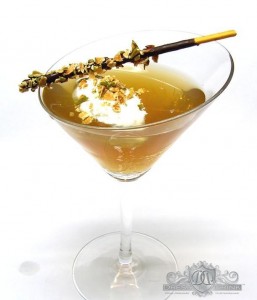 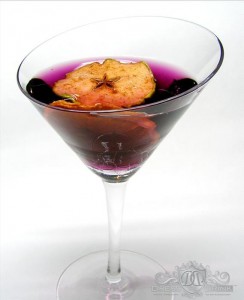 The Mix…
Combine the initial 7 ingredients in a large pitcher; stir well. Refrigerate 6 hours or until thoroughly chilled. Strain wine mixture through a calendar into another pitcher; remove solids and place aside for the garnish topping. Pour Sangria over ice in 4 chilled martini glasses; top each serving with a splash of club soda and some soaked assorted Dress The Drink Fruit Chips.

‘like’ us on Facebook and be entered to win a new digital camera this Friday, September 9th.

Apple Quiz:
Calvados, the original apple brandy, is made in which country?

Berentzen Apple Liqueur has been around since 1758. Where is it produced?

What flower member does the apple originate from?

What country produces the most apples?