On this day in 1814, Francis Scott Key pens a poem which is later set to music and in 1931 becomes America’s national anthem, “The Star-Spangled Banner.” The poem, originally titled “The Defence of Fort McHenry,” was written after Key witnessed the Maryland fort being bombarded by the British during the War of 1812. Key was inspired by the sight of a lone U.S. flag still flying over Fort McHenry at daybreak, as reflected in the now-famous words of the “Star-Spangled Banner,” “And the rocket’s red glare, the bombs bursting in air, Gave proof through the night that our flag was still there.” – Source

Also get your patriot facts and test your knowledge below.

Tito’s Handmade Vodka is produced in Austin at Texas’ first and oldest legal distillery (dating way back to 1997). It’s made in small batches in an old fashioned pot still by Tito Beveridge (actual name), a 40-something Geologist, and distilled six times. More 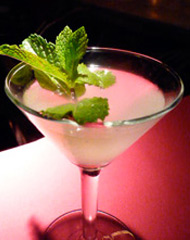 Muddle ginger and suger. Add 5 mint leaves and press. Add the rest and shake over ice. Strain into a chilled cocktail glass and garnish with a mint leaf or sprig.

Bluecoat American Dry Gin has taken its roots in the lengthy and notable history of gin itself, and upped the production standard yet again. Distilled on a traditional style copper pot still, custom designed incorporating modern technologies; Bluecoat American Dry Gin is the result of a 10 hour botanical distillation where only the heart of the run meets the stringent purity standards of its Master Distiller. More 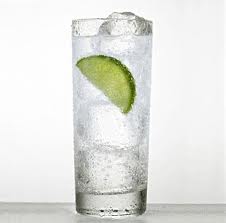 Pour the gin, lemon juice, and sugar syrup in a collins glass with ice cubes. Stir thoroughly. Top with club soda. Garnish with the cherry and orange slice.

Whiskey on the Rocks

Stranahans Colorado Whiskey glowed amber from the start. When volunteer firefighter Jess Graber responded to a neighbor’s barn fire down the road, he never imagined any good could come of it. But the barn he made effort to save belonged to George Stranahan, long-time liquor connoisseur. When the fire settled, the two discovered a shared passion for the Colorado outdoors and a good pour of fine whiskey. And so Stranahan’s Colorado Whiskey was born. More

1. After the 13 original colonies, which state is 14th?
Vermont

2. Income tax was first started during which war?
The Revolutionary War

3. What is the motto they refer to in The Star Spangled Banner?
a. Liberty For All
b. In God We Trust
c. Pride In America
d. In God Is Our Trust

4. According to flag etiquette, you must never fly the flag upside down. True or false?
False: It’s ok as a distress signal or that danger exists.

At an Irish wedding party recently someone yelled, “All the married men please stand next to the one person who has made your life worth living.” The bartender was crushed to death.