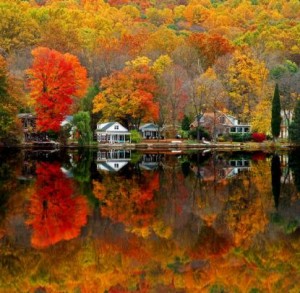 Time to put away your summer clothes, get outside and enjoy the beautiful Fall foliage and cooler weather, visit a pumpkin patch or rent a cabin and enjoy a nice seasonal beer!

Also get your beer facts and test your knowledge below.

Samuel Adams Harvest Pumpkin Ale is brewed with over 11 pounds of real pumpkin per barrel, adding a full body and sweetness to this dark reddish amber brew. Deep roasted malts, including a smoked malt, lend a distinct roasted character while traditional pumpkin pie spices give the beer a subtle spice note.

A classic holiday pairing. The roasted character and spice of Harvest Pumpkin Ale balances the sweetness of an apple pie. 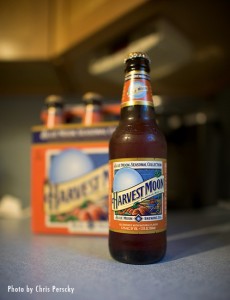 Available September – November, this amber-colored ale is brewed with a bounty of fall flavors like vine-ripened pumpkin, allspice, cloves and nutmeg. Together with a touch of wheat, Blue Moon Harvest Pumpkin Ale has a smooth, lightly spiced finish. Pairs well with beef dishes and seasonal soups. 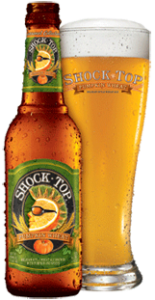 Shock Top Pumpkin Wheat is the first seasonal ale from Shock Top. With a flavor that’s refreshingly fall and distinctly, it’s guaranteed not to be the last.

Shock Top Pumpkin Wheat is a traditional Belgian-style wheat ale brewed with ripe pumpkins and a variety of autumnal spices, including nutmeg, cinnamon and cloves. This seasonal unfiltered wheat ale has a deep amber color and is crafted with a refreshingly distinct pumpkin spice that fully captures all the flavors of fall.

Working with world-renowned Earthwork artist Stan Herd. They asked him to create a series of three, unique Earthworks of the Shock Top “Wedgehead” – one each in Austin, Orange County and Boston.

The first consumer protection law ever written was enacted over beer by Duke Wilhelm IV of Bavaria in 1516. It was a purity law limiting the ingredients of beer to barley, hops and water. Bavaria still defines beer as a staple food.

The oldest known written recipe is for beer.

The Pilgrims landed at Plymouth Rock because of beer. They had planned to sail further south to a warm climate, but had run out of beer on the journey.

The first brewery in America was built in Hoboken, NJ in 1642.

1. What american brew is known as ‘The Champagne of Bottled Beers?’
a. Lone Star
b. Leinenkugel’s
c. Miller High Life
d. Genessee

2. To whom did Anheuser-Busch send the first case of Budweiser beer produced after the repeal of prohibition in 1933?


3. What is the Most Expensive Beer in the World?


4. From what part of brewing did the term “rule of thumb” originate?


5. Explain the roots of the Scandinavian toast, sköl.

1. Miller High Life was once Miller’s number one brand before Miller Lite and Miller Genuine Draft were introduced. Today Miller Brewing Company is a unit of global conglomerate Phili Morris as are Kraft Food and Nabisco.

2. Franklin D. Roosevelt. The famous eight horse Clydesdale team and the Budweiser beer wagon were originally a gift from August Busch to his father to celebrate the end of prohibition in 1933. Their first job was to parade down Pennsylvania Avenue in Washington, D.C to present the first case of post-prohibition Budweiser to Franklin Roosevelt at the White House. This was to thank FDR for his help in ending this lamebrained law.

3. It’s called “Tutankhamen” and is prepared according to the recipe recovered by a group of University of Cambridge archaeologists in Queen Nefertiti’s Temple of the Sun in Egypt. It costs US $52 a bottle, and is produced in limited and numbered edition.

4. Before the advent of thermometers, brewers tested the temperature of their maturing brews with their thumbs:  too cold, and the yeast wouldn’t grow, too hot, and it would die.

5. The familiar Scandinavian toast sköl derives from scole, the drinking bowl shaped like the upper half of a human skull. Originally, these bowls were fashioned from the actual skulls of enemy killed in battle. 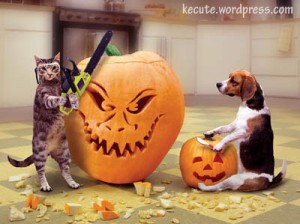