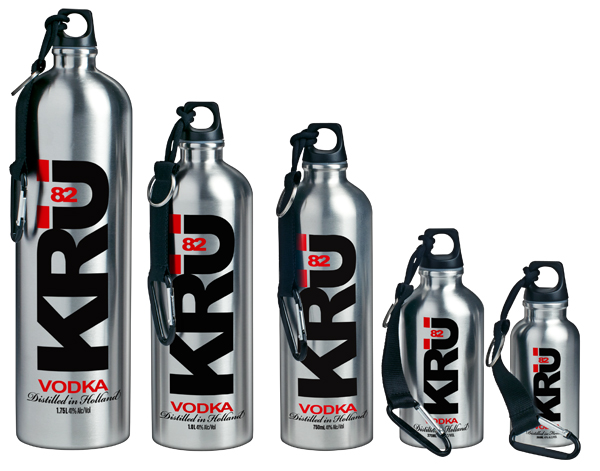 It’s that time of year to celebrate the great outdoors with your crew. Whether you’re gathering friends for camping, snowboarding, a concert, golfing or fishing – the KRU bottle is shatterproof and designed to go anywhere you want to go. And did KRU ever go this past year! 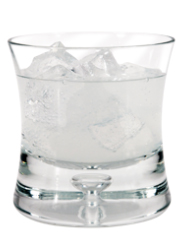 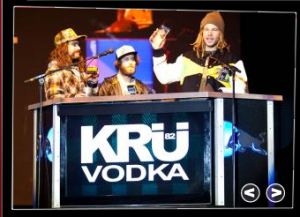 The KRU just happened to be on the spot as John Jackson takes home the Men’s Rider of The Year award at The 12th Annual TWS (Transworld Snowboarding) Riders’ Poll Awards earlier this year.

British Columbia’s Mark Sollors beat out Jess Kimura and Phil Jacques in the all Canadian nominated category of Rookie Of The Year. Mikey Leblanc proved he can still compete by winning the Standout Of The Year award against the best street jibbers of today. And a fellow member of the old guard, Mike Ranquet, was honored with The Legend Award. 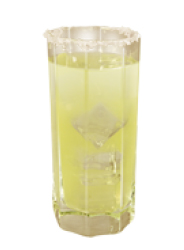 Prep:
Served over ice in a sugar rimmed glass 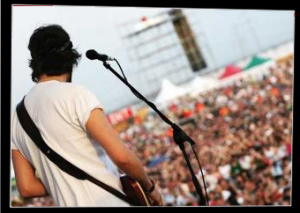 Coachella Festival
This year over 100,000 people traveled to Southern California to see performances from over 150 bands at one of the largest music festivals. During the event Rolling Stone and KRU offered artists and invited guests refuge in the Artist’s Den at Viceroy in Palm Springs. 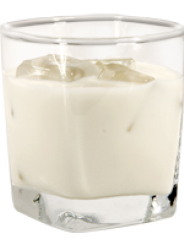 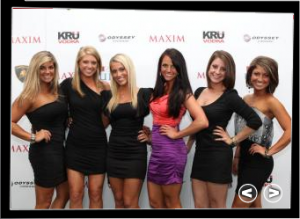 During the event, KRU teamed up with Maxim Magaizine at the Maxim Country Club Experience and the Maxim Master’s Party. We were joined there by singer and American Idol Season 5 winner Taylor Hicks, professional golfer and 2010 U.S. Open Champion Graeme McDowell as well as radio personality Austin Rhodes. There were hundreds of attendees and, of course, several of the very beautiful Maxim models.

SNOWBOARDING
Snowboarding was inspired by Surfing and skateboarding, the sport was developed in the United States in the 1960s and 1970s and became a Winter Olympic Sport in 1998.

GOLF
Phil Mickelson, who plays left-handed, is actually right handed. He learned to play golf by mirroring his father’s golf swing, and he has used left handed golf clubs ever since.

MUSIC
The Plan for the Woodstock Festival
Kornfeld and Lang’s original proposal was to build a recording studio and a retreat for rock musicians up in Woodstock, New York (where Bob Dylan and other musicians already lived). The idea morphed into creating a two-day rock concert for 50,000 people with the hope that the concert would raise enough money to pay for the studio.

FISH
It is estimated that there may still be over 15,000 fish species that have not yet been identified.

3. FISH: Idaho Department of Fish and Game officials say a 41-year-old Pocatello man has shattered a state record by catching a rainbow trout weighing how much?
A. 27.50 pounds
B. 34.74 pounds
C. 41.36 pounds

4. MUSIC: What is the United State’s oldest music festival?

5. SNOWBOARDING: What did they call the first “snowboard” to go into production?
A. snowboard
B. woobee
C. snobie
D. snurfer
E. uno-skee

1. A billycan, more commonly known simply as a billy or occasionally as a billy can (billy tin in Canada), is a lightweight cooking pot which is used on a campfire or a camping stove.

2. Tom Watson – The golden years: He was 5 times leading money winner, 6 times US PGA Player of the Year. He won the US Open in 1983. He was awarded the Vardon trophy 3 times and in 1986 was awarded the Bobby Jones Award. However the US PGA always eluded with a second place his best finish. Watson had a genuine affinity for the sporting element of golf and although financially successful, he did not always chase the buck. http://www.golflegends.org/tom-watson.php

4. The United States’ oldest music festival, the Worcester Music Festival, began as a four-day music convention in 1858 to improve “the taste of singers and listeners of sacred music” and to increase the “knowledge of works by the great masters.” The fall convention was organized by self-taught musician Edward Hamilton, who had been conductor of the Mozart Society, and Hamilton’s assistant Benjamin F. Baker, a music teacher and founder of the Boston Music School. http://www.wisteme.com/question.view?targetAction=viewQuestionTab&id=17211

5. The Snurfer was created in 1965 by Sherman Poppen in Muskegon, Michigan. Poppen was outside his house one day sledding with his daughters, when his 11 year old was going down the hill, standing on her old sled. Poppen then ran inside his shop and bound two skis together. Poppen used a string and tied it to the nose of the board so the rider could have control of the board. Poppen’s wife called it the Snurfer. http://en.wikipedia.org/wiki/Snurfer

Sherlock Holmes and Dr. Watson went on a camping trip. After a good meal and a bottle of wine, they lay down for the night and went to sleep. Some hours later, Holmes awoke and nudged his faithful friend.

“Watson, look up and tell me what you see.”

Watson replied, “I see millions and millions of stars.”

“What does that tell you?” Holmes asked.

Watson pondered for a minute. “Astronomically, it tells me that there are millions of galaxies and potentially billions of planets. Astrologically, I observe that Saturn is in Leo. Horologically, I deduce that the time is approximately a quarter past three. Theologically, I can see that God is all powerful and that we are small and insignificant. Meteorologically, I suspect that we will have a beautiful day tomorrow. Why, what does it tell YOU?”

Holmes was silent for a minute, then spoke. “Watson, you idiot. Some jerk has stolen our tent.”