Presented by:
Women Executives in the Beverage Industry (WEBI) and Tobin Ellis presented last night an industry event in Las Vegas showcasing one of WEBI’s initiatives on social responsibility. The event was called – DRINK. DON’T DRIVE. We hope in the Mix readers will review WEBI’S dynamic drive to improve social responsibility in the beverage industry and will join them in striving to make our industry safer for its workers.

Katherine Tait, Founder and Chairwoman of WEBI states, “There exists recent scientific evidence that hospitality workers are more likely to be injured or killed in alcohol related incidents than all other classes of workers in America today. This results in the senseless loss of life, livability, love, friendship and companionship, as well as the loss of millions of hours and billions of dollars in productivity. Steps can be taken to mitigate these unnecessary losses. There must be increased workplace and industry-based education opportunities, expanded use of designated driver programs, availability of low-cost transportation alternatives and an enhanced, demonstrable commitment to social responsibility by all levels of the beverage industry. WEBI is conveying a call to action. To become part of our efforts to seek timely initiative steps to bring a measure of safety to our colleagues, visit www.1webi.org and join with us. We welcome you, your energy and support. “ 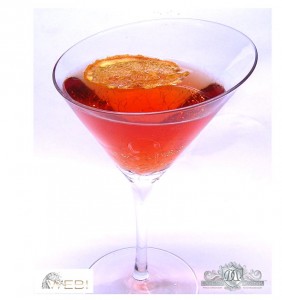 The Blend:
Don Q Añejo Rum takes part in an ménage a trois with chai spices and pomegranate, served with dehydrated orange wheel coated with cardamom-sugar by Dress The Drink. 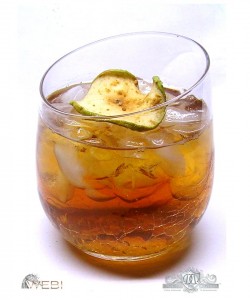 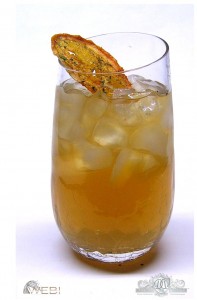 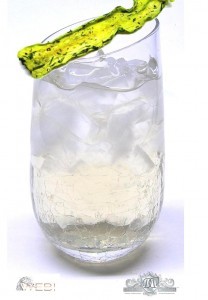 Today we wanted to cover alcohol facts that are surprising, funny or just fun to know. It’s amazing to know that Ohio has a law than bans giving any alcohol to fishes. We are not sure what caused this law to come into effect but there is one. And we are sure most of you didn’t know the national anthem of the US was written to the tune of a drinking song. Check out some more fun facts related to alcohol below.

Anyone under the age of 21 should be careful of taking out trash bags in Missouri. If you are under 21 and the garbage contains an empty bottle of alcohol, you can be charged with illegal possession of alcohol.

Although “The quick brown fox jumps over the lazy dog” is considered to be the shortest sentence that includes all the letters of the alphabet, alcohol lovers came up with one of their own “Pack my box with five dozen liquor jugs.”

The United States has the highest minimum drinking age in the entire world.

Most vegetable and almost all fruits contain a small amount of alcohol in them.
To a Breathalyzer, a drink is a drink.

The first Thanksgiving Day didn’t include mashed potatoes, turkey and all other foods that we usually eat on this particular day. However, there was beer, brandy, gin and wine.

2. 62% of Americans report that they have used the service of a designated driver.

4. Beer, as with all alcoholic drinks, is made by fermentation caused by bacteria feeding on the yeast cells and then defecating. This bacterial excrement is called alcohol.

5. Alcohol consumption increases during the time of the full moon.

6. As Magellan prepared to sail around the world in 1519, he spent more on Sherry than on weapons.

7. In Malaysia, drunk drivers are jailed and so are their spouses if they are in the vehicle.

8. Alcohol kills one (1) times more youth than all other illicit drugs combined.

5. False – Alcohol consumption decreases during the time of the full moon.