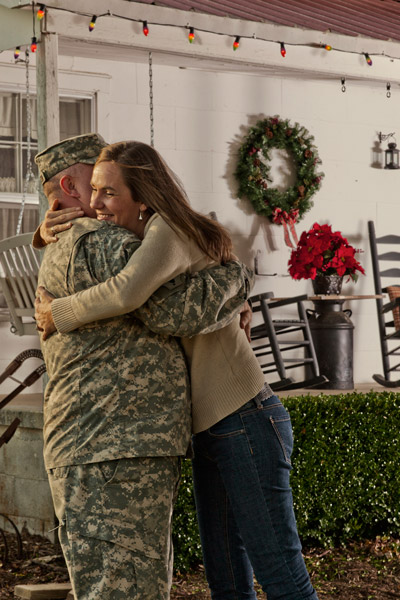 The Jack Daniel Distillery has launched the “Operation Ride Home” campaign, an effort to assist soldiers and their families in traveling home for the holidays.

The famed distillery has joined forces with the Armed Services YMCA of Fort Campbell that will work with military officials at the installation to identify soldiers and families with particular needs and financial assistance for travel from the base to their homes throughout the U.S. this holiday season.

In honor of the decorated 101st Airborne Division at Fort Campbell, Jack Daniel’s has donated $101,000 to launch the campaign and is encouraging its friends to visitwww.JDOperationRideHome.com and contribute what they can to assist in the effort. The Armed Services YMCA will be purchasing plane tickets and providing pre-paid debit cards for gas, lodging and food for soldiers and their families to travel to their family homes. The 101st Airborne Division has members serving from all over the U.S. and has been on multiple deployments to Iraq and Afghanistan.

Built on a foundation of great beer brands and more than 288 years of brewing heritage, MillerCoors continues the commitment of its founders to brew the highest quality beers. MillerCoors is the second largest beer company in America, capturing nearly 30 percent of U.S. beer sales. Led by two of the best-selling beers in the industry, MillerCoors has a broad portfolio of highly complementary brands across every major industry segment. MillerCoors began a partnership with Operation Homefront in 2009 through their Miller Lite brand. www.millercoors.com

1. What marked the first time since the Revolution that the U.S. accepted direct financial aid to fight a war?

2. Which Military Institute adopted this following the graduation of the class of 1926? “Shoot Straight, ride hard, dance well, and so live that you can look any man straight in the eye and tell him to go to hell.”

3. What was the first war in which one jet plane shot down another?

4. Which U.S. Military Service has the most 4-Star Generals?

5. Approximately how many active duty personnel are there currently?

6. What southeastern state was the last to return to the Union after the Civil War.