Tea – Tea is one of the hottest new things. It is very much up on the trendsetter scales. Tea trends are becoming more and more obvious in society especially among younger people. Some of the most recent in tea trends is using tea as a topping or as an ingredient in every day favorite foods and drinks. Tea is even popular in the bars; it is being mixed into many different drinks.

Coffee – The coffee category is a hot beverage trend in and of itself. It seems as though every week there is a study released or an interesting article about trends around coffee. MediaPost reported that Packaged Facts predicted a 17% increase in coffee sales in 2011, jumping to $7.3 billion.
Premium coffee is another trend in the category, and it comes in all shapes and sizes. In Brooklyn, N.Y., coffeehouse Café Grumpy sells $12 cups of coffee — and people are shelling out for it. One of the most expensive coffees in the world, kopi luwak, which is made by harvesting coffee beans that have passed through the digestive system of a tropical cat, sells for $75 a jar at Stumptown Coffee Roasters in New York City and has been a growing trend and delicacy abroad.

Liquid Diet – Chefs and cocktail experts are distilling all the flavors of a complex, integrated dish into liquid form. Alcohol may or may not be included.

Let it Snow – First there was shaved ice, now there is shaved ice cream as Snow Ice comes to America. Offering the flavor and creaminess of ice cream with unbelievably light texture, Snow Ice is sure to please. Break the cone of silence and scream for Snow Ice.

Apptails -Mini cocktails offered as an amuse “wet” the appetite before the drinks and meal to come. Create a sense of generous hospitality, while enticing guests to try beverages from the bar program. We’ll drink to that!

Taptail – First it was cask-aged cocktails, pre-measured mixed drinks were barrel-aged for added nuance. Now mixed drinks are available on tap; barrel or not. It’s the new Manhattan project. It’s quick and convenient.

Double Hitter – Bars are pitching double-hitters with offers of a cocktail or shot and a beer to chase it with. Call it a one-two shot.

Drinks with Drive – The food truck craze has extended to drinks as cocktail trucks are taking to the streets and spirits brands seek to build recognition.

Brewfruity -Breweries are adding fruit to beers of all types. This new fruit juice adds a little hop to your step. 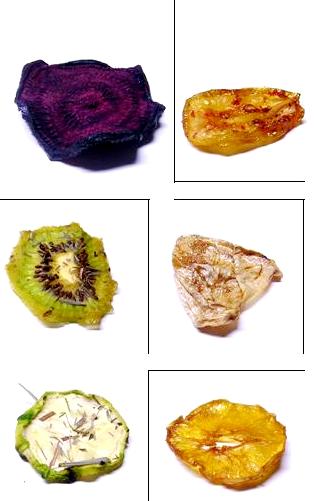 Garnishes by Dress the Drink

Dress ’n – All natural artisanal garnishes and blends showcasing the flavors and textures of your beverage offerings by Dress The Drink.

Sandy Block, vice president of beverage operations for Legal Sea Foods: “Not sure if I’m behind the curve, but we’re seeing rising interest in aged tequilas [añejo and reposado] in cocktails, providing the spirit has enough zip, structure and pure agave flavor to balance the sweet elements.”

Doug Frost, wine consultant: “Portugal may be due for its coming-out party. The relatively cooler conditions along its coast create wines with a bit more freshness and crispness than many of Iberia’s other offerings, [and] as consumer awareness lags behind quality, prices for Portuguese wines are very good.”

Jim Meehan, head mixologist at New York’s PDT and author of the new “The PDT Cocktail Book”: “Cocktails on tap, wine on tap, vermouth on tap — 10 years after many bars abandoned the soda gun, it seems as though many are growing trigger happy.”

Christine Sismondo, author of “America Walks into a Bar”: “While Americans are probably never going to be won over to the anise category, there is hope for caraway. We’re starting to see aquavit being taken up by bartenders as a cocktail ingredient. Kümmel [liqueur flavored with caraway, cumin and fennel] is all the rage in England and will hit here eventually.”

David Wondrich, author of “Punch: The Delights (and Dangers) of the Flowing Bowl”: “The biggest trend I see is bringing mixology down to the fun/dive-bar level — making new bars that are casual and unpretentious but will serve you a real drink, like The Prizefighter in Emeryville, Calif., Viktor & Spoils in New York City, and a bunch of other places whose names escape me.”

Noah Rothbaum, editor-in-chief of Liquor.com and author of “The Business of Spirits”: “In the coming year, more people will be drinking local spirits made by the hundreds of craft distilleries that have opened around the country.”

Michael Roper, co-owner of the beer-focused Chicago bar-restaurant The Hopleaf: “I think that high-flavor/lower-alcohol beers are going to be on the rise. There has been so much emphasis on huge, high-gravity beers that there is a great thirst for beers you can actually drink in a quantity of more than one. Bars and restaurants also want good beers that they can make some money on, too, [since] the patron who lingers over a 13.9-percent double imperial stout is not a profit center.”

John Szabo, wine consultant: “For wine, thin is in, so expect to see the end of 15-percent alcohol, unbalanced prune juice and an embracing of lightness.”

John Hansell, editor and publisher of The Whisky Advocate magazine: “Whiskey companies have maxed out capacity, [and] producers don’t want to put barely legal product on the market, [so] they blend it with some of their older stuff to make it taste better. Since the age statement on a bottle has to be the age of the youngest whiskey in the blend, they will give the whiskey a name, instead. We’ve been seeing a lot of whiskey with names instead of age statements, and we will continue to do so.”

Food and Drink Hangover Remedies and Prevention – Fact or Fiction?

Hangover remedies include everything from “a hair of the dog that bit you” (drinking a little more alcohol the next morning), to burnt toast and black coffee to an over-the-counter product like Chaser. Which of all the endless theoretical remedies actually have truth behind them?


1. Hair of the Dog
Contrary to popular belief, more of the “hair of the dog that bit you” only delays the inevitable. One of the reasons hangovers are so unpleasant is the liver is still processing the toxins left over from alcohol metabolism. Drinking more alcohol can make the symptoms seem to lessen at first but will only make the situation worse once the liver breaks the alcohol down, because it will have even more toxins to deal with.
Conclusion: • Remedy FICTION

2. Burnt Toast
At first, the burnt toast remedy may seem that it’s actually based on scientific fact. The culprit behind this fictional cure is the carbon in the charred bread. Carbon can act like a filter in the body. While it’s true that activated charcoal (which is a treated form of carbon) is used to treat some types of poisonings, it’s not currently used to treat alcohol poisoning (something that is vastly different from a regular hangover). The carbon/charcoal found on burnt toast is not the same as activated charcoal.
Conclusion: • Remedy and Prevention FICTION

3. Black Coffee
Coffee contains a high amount of caffeine, which is a stimulant and therefore helps fight fatigue. But when the caffeine wears off, a drinker may be even more tired than before. Coffee can help alleviate a pounding head because caffeine is a vasoconstrictor, meaning it reduces the size of blood vessels. This counteracts the effect of the alcohol, which makes them swell, making the head hurt in the first place. Unfortunately, caffeine is also a diuretic like alcohol and can make a drinker even more dehydrated than before, thereby increasing the severity of the hangover. Overall, coffee isn’t a good hangover cure.
Conclusion: • Remedy FICTION

4. Fried or Fatty Foods
Although eating fried or fatty foods the morning after will probably only irritate a drinker’s stomach further, eating them before drinking can actually be helpful. Putting anything in the stomach prior to indulging in alcohol helps prevent a hangover, but fatty foods in particular stick to the stomach lining longer and therefore slow down the absorption of alcohol into the bloodstream. While that might make it take longer to feel the alcohol’s effects, it also gives the body more time to process the byproducts and will increase a drinker’s chances of feeling decent in the morning. So much so, in fact, that a Mediterranean folk tactic is to take a spoonful of olive oil before drinking alcohol. Eating lighter food such as a fruit smoothie will provide energy and alleviate some symptoms by replenishing the electrolytes the body lost from dehydration.
Conclusion: • Prevention FACT and • Remedy FICTION

5. Eggs
Eating eggs the morning after provides energy like any other food, which is the primary benefit. But eggs do also contain large amounts of cysteine, the substance that breaks down the hangover-causing toxin acetaldehyde in the liver’s easily depleted glutathione. Therefore, eggs can potentially help mop up the left-over toxins.
Conclusion: • Remedy FACT

6. Bananas
Eating bananas the morning after a night of heavy drinking provides lost electrolytes like any food would, but it also specifically replenishes the potassium lost to alcohol’s diuretic effect. Other potassium-rich foods such as kiwi fruit or sports drinks work just as well.
Conclusion: • Remedy FACT

7. Water
Replenishing the body’s water supply after a night of drinking combats dehydration, and it also helps dilute the leftover byproducts in the stomach. Adding salt and sugar to water helps replace the sodium and glycogen lost the night before. Non-caffeinated, non-carbonated sports drinks can achieve the same effect.

As a prevention method, drinking a glass of water for every alcoholic beverage slows down drinking, providing more time for the body to deal with the alcohol (the body can only process about three-quarters of an ounce of alcohol in an hour). Drinking a few glasses of water before going to bed helps fight dehydration after the body finishes breaking down the alcohol.
Conclusion: • Prevention and Remedy FACT

8. Fruit Juice
The fructose — fruit sugar — in fruit juice helps to naturally increase the body’s energy. Studies have proven that it also increases the rate at which the body gets rid of toxins such as those left over from alcohol metabolism. Fruit juice is also a good idea the morning after because it’s high in vitamins and nutrients that were depleted the night before because of alcohol’s diuretic effect. Vitamin supplements high in vitamins C and B are also effective.
Conclusion: • Remedy FACT