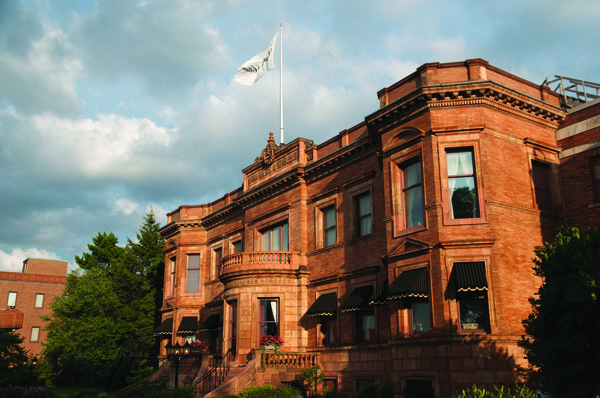 Secret passages, gangsters, and bootlegging . . . these scream Boardwalk Empire, but they are all true historical aspects of the Canadian Club Distillery in Windsor, Canada. Created in 1858 by Hiram Walker, Canadian Club continues to produce world-class Canadian Whisky across the river from Detroit.

During the 1920s, when Canadian Club’s American counterparts were having barrels destroyed due to Prohibition, Hiram Walker’s family was thriving within the whisky category. Canadian Club’s location on the river across from Detroit presented scandalous business opportunities of the darker side. These business deals included secret meetings with Al Capone in the basement of the distillery, an underwater tunnel between the United States and Canada, and bootleggers using their bodies, boats, and cars as means of smuggling. 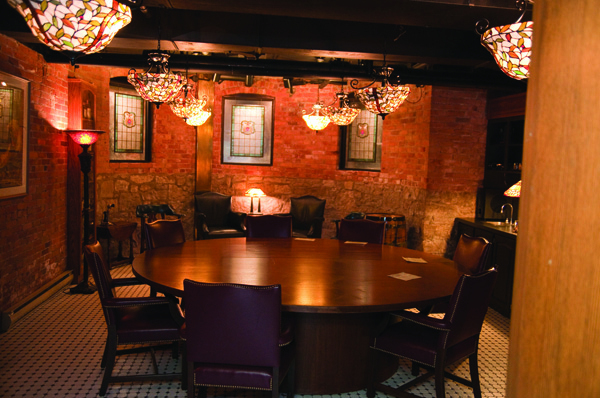 This summer, Beam Inc. invited strategic partners to Windsor, Canada to have company meetings as well as to share the successful and colorful history of one of their beloved brands. After informative meetings and educational tours, guests played the role of gangsters in a Prohibition-era scavenger hunt, which took them throughout secret passageways and tasting rooms and ended with a feather boa and fedora-filled Canadian Club cocktail hour.

Canadian Club used this forum to not only demonstrate the company’s interesting past, but also to highlight the use of Canadian Club in mixology. Present were several world class mixologists including Kathy Casey, Kim Haasarud, “Magic” Mike Werner, Michael Bombard, David Panachetti, Phil Adler Caterina Miltenberger, and Philip Raimondo, all of whom benefited from seeing Canadian Club used in creating drinks that can be utilized within the national accounts arena.