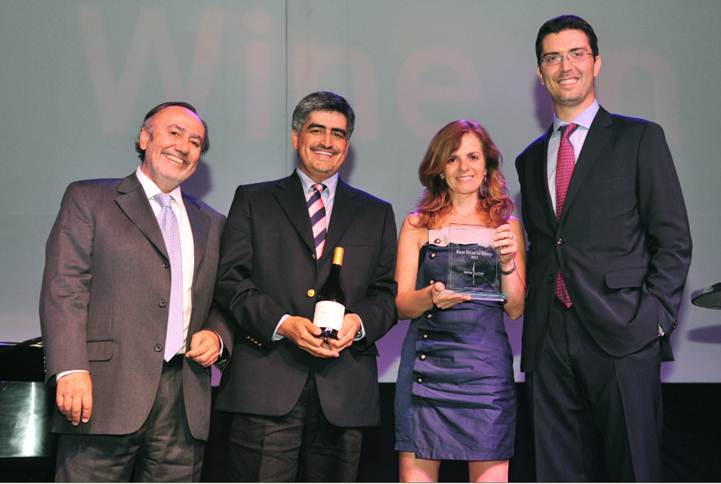 The Chicago Tribune’s Bill St. John was the sole American judge in a group of esteemed international palates hailing from nine countries including Brazil, Canada, Chile, Hong Kong, Norway, Singapore, Sweden and the United Kingdom. The judging panel selected two Rieslings, a Sauvignon Blanc and a Chardonnay as the winners in the white categories, while Cabernet Franc, Carignan, Syrah, Cabernet Sauvignon and Carmenere led the red categories. The trophy-winning wines represented the vast diversity of Chile’s grape-growing regions and lauded the achievements of wines from northernmost Elquí Valley all the way down to Bío-Bío.

“This is the second year that we’ve invited judges from multiple countries,” said Lori Tieszen, Executive Director,Wines of Chile, USA. “We feel the breadth of experience that this panel brought to the awards helped to reinforce Chile’s incredibly diverse offerings and broad, international appeal.”

Chile has long been well-known for its Cabernet Sauvignon, Carmenere (a grape almost exclusively grown in Chile) and more recently, its successes with Sauvignon Blanc. To see varieties such as Carignan, Riesling, Syrah and Cabernet Franc among the top awards this year further demonstrates Chile’s investment in discovery—exploring new terroirs and experimenting with different grape vines—and diversity.

The Best in Category winners of this year’s Annual Wines of Chile Awards are:

About Wines of Chile

Wines of Chile is an organization committed to promoting the quality and image of Chilean wine throughout the world. It has offices in Santiago, London, and New York, as well as representatives in Canada, Ireland, and Denmark. WOC also works closely with ProChile to develop and offer promotional and educational programs in Asia, Latin America and Europe. Wines of Chile’s 92 member wineries belong to Vinos de Chile and represent 92% of Chile’s bottled wine exports.