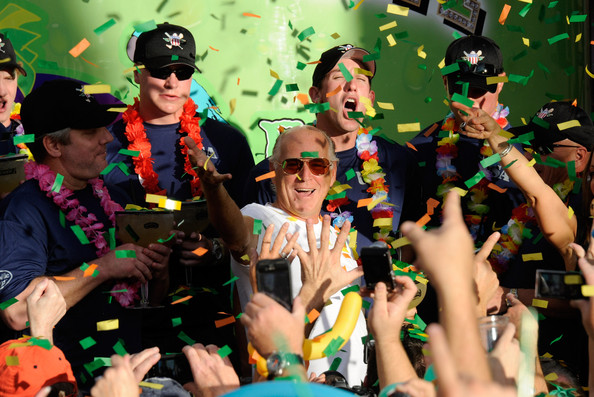 Jimmy Buffett the businessman is expanding his empire.

The poster child for the laid-back lifestyle got his first paid performing job in Biloxi, Miss., and opens a Margaritaville Casino & Restaurant there Tuesday. It joins a chain of restaurants and bars, a hotel in Pensacola, Fla., online game, clothing line, casino at the Flamingo resort in Las Vegas and other ventures. Another casino in Bossier City, La., is in the cards for next year.

Buffett, 65, never intended to be a corporate king. But he has negotiated the shark-infested waters of the music business and tries new ventures because “it’s kind of fun,” he drawls.

The Pascagoula, Miss., native says of the Biloxi casino, where a hotel also is planned: “I didn’t know if I wanted to do it, but then the storm (Katrina) came along. I was contacted by (former Mississippi Gov.) Haley Barbour, who said, ‘We need to get back.’ ” Buffett and a partnerbuilt the casino, adding 1,000 jobs to the local economy.

His overall aim is to create “oases” for people to escape daily demands, hence the Biloxi casino bar where bikini-clad staffers glide down a slide and into a prop blender “the size of a hot tub,” he says.

Buffett, who now collects art instead of tips from a jar, lives with wife Jane (they have three children, youngest is 18) between Sag Harbor, N.Y., the Caribbean island of St. Barts and Florida. His next tour date is May 30 in Austin, Texas.

As for performing, “I ran into Harrison Ford and we were saying, ‘What else would we do?’ ” The work ethic is ingrained, “and I have a job that’s really fun. As long as I can remember the words and I don’t go flat, I’m hanging in.”

Meanwhile, “I get to manage my work/play ratio. I’m gonna go fishing the rest of the afternoon.”

Readers, have you visited a Margaritaville bar, restaurant or casino? Your thoughts?