It’s the 17th anniversary of Talk Like a Pirate Day, so let’s imbibe with these pirate inspired rum cocktails. Also, learn some advanced pirate lingo. Last year’s intro lingo is a available for those new to the crew. 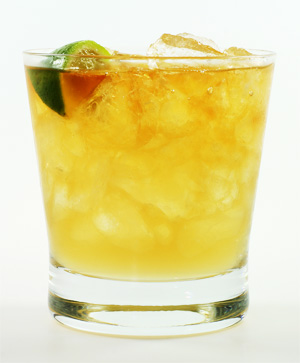 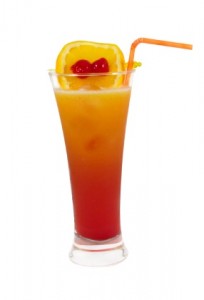 Method:
Pour ingredients into shaker and add ice. Shake and strain into an ice-filled highball glass.

Advanced pirate lingo; or On beyond “Aarrr!”

Once you’ve mastered the basics, you’re ready to start expanding your pirate vocabulary. Try these for starters:

Bilge rat – The bilge is the lowest level of the ship. It’s loaded with ballast and slimy, reeking water. A bilge rat, then, is a rat that lives in the worst place on the ship. On TLAP Day – A lot of guy humor involves insulting your buddies to prove your friendship. It’s important that everyone understand you are smarter, more powerful and much luckier with the wenches than they are. Since bilge rat is a pretty dirty thing to call someone, by all means use it on your friends.

Bung hole – Victuals on a ship were stored in wooden casks. The stopper in the barrel is called the bung, and the hole is called the bung hole. That’s all. It sounds a lot worse, doesn’t it? On TLAP Day – When dinner is served you’ll make quite an impression when you say, “Well, me hearties, let’s see what crawled out of the bung hole.” That statement will be instantly followed by the sound of people putting down their utensils and pushing themselves away from the table. Great! More for you!

Lubber – (or land lubber) This is the seaman’s version of land lover, mangled by typical pirate disregard for elocution. A lubber is someone who does not go to sea, who stays on the land. On TLAP Day – More likely than not, you are a lubber 364 days of the year. But not if you’re talking like a pirate! Then the word lubber becomes one of the more fierce weapons in your arsenal of piratical lingo. In a room where everyone is talking like pirates, lubber is ALWAYS an insult.

Smartly – Do something quickly. On TLAP Day – “Smartly, me lass,” you might say when sending the bar maid off for another round. She will be so impressed she might well spit in your beer.