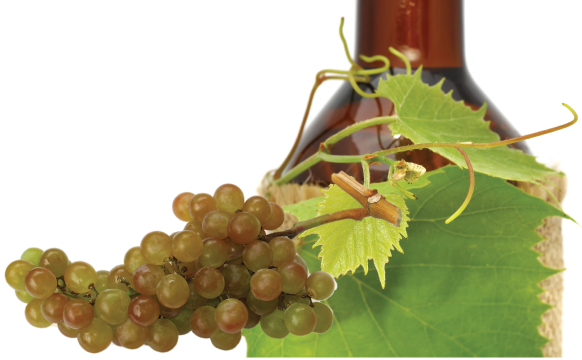 Why the recent explosion of Muscat/Moscato sales? Sales have tripled in the U.S. between 2008 and 2011. Muscat is now the third most popular white varietal, supplanting Sauvignon Blanc. Is it merely because Millennials have been weaned on sweet soft drinks, which is often the reason given for why wine consumers opt for an off-dry to sweet wine? I would argue that the reason is more sophisticated and the following may provide a better clue. Muscat is legitimate in that it is not only the oldest known grape variety of the western world, but also that a wine novice could be seated next to a Master Sommelier or Certified Wine Educator, all drinking and enjoying the same Muscat wine.

At least a quarter of our adult population finds regular still wines to be hot and bitter. Their hypersensitive palates cannot find pleasure in average still wines or equally high alcoholic beverages. This population has been disparaged as second rate over the decades for enjoying Blue Nun, Riunite, Mateus, and white zinfandel. And along comes a legitimate varietal that has been enjoyed for thousands of years, and voilà, we have a whole new burgeoning market!!

The challenge to the salesperson in retail or as restaurant server is that not all Muscats/Moscatos are alike, which is both the source of confusion and of interest. One can determine how long a varietal has been propagated by the synonyms it has and Muscat has hundreds of them. The confusing element for a consumer is that there are five distinct varieties of Muscat and four distinct styles. The five clones are: Muscat à Petits Grains, also known as Muscat de Frontignan and Moscato bianco or d’Asti among many other synonyms; Muscat of Alexandria, also known as Moscatel in Spain and Zibbibo in Southern Italy; Muscat Ottonel, which was bred for cooler growing climates and is found in Austria, Germany and Alsace; Muscat Hamburg, also known as Black Muscat; and Orange Muscat, which, like Hamburg, is a cross between the Petits Grain and another grape, and as its name suggests, it has an intensely fresh orange aromatic profile. There are also clones of Muscat à Petits Grains that are black and the Italian floral black varietal, Aleatico, has Muscat parentage and is sometimes included. 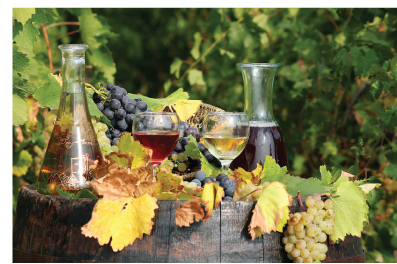 Among the four primary Muscat styles, the “dry” varietal is rarer but is found in the South of France, such as from the Côtes Catalanes and also from Alsace, France; it also originates from Spain, Portugal and California. This style can fool even the connoisseur because by merely smelling the wine, you would believe the taste will be sweet, given its enticing floral and fresh fruit exuberance. This wine is wonderful to pair with difficult-to-pair foods such as asparagus. The best dry Muscats from Alsace are made from the original Muscat à Petits Grains. If you find a bottle, try to determine whether it’s primarily made from that clone rather than from Muscat Ottonel, because it is worth the effort.

The second and most predominant style is “off-dry to sweet” sparkling wines such as from Clairette de Die from the Rhône region in Southern France or Asti and other regions of Italy. These wines usually have some fizz: on the light side, referred to as “pétillant” or “frizzante” or “perlante” in Italy, to full sparkling (“spumante”) such as Asti. Asti can be delightful for any sophisticate, especially in warm weather with “salumi” (Italian cured meat products) such as prosciutto. Think melon and prosciutto – why do they work so well? For the same reasons. Asti can also work well in cocktails as long as it is not totally disguised! We all know that dry champagne with wedding cake is disastrous for the wine, but not with Asti. And if the reader has familiarity with Asti, try a Moscato d’Asti, which has less fizz but is a touch sweeter and more floral and intense on the palate.

The third style is a late harvest Muscat, which can be done in a variety of ways but is unfortified and sweeter, with greater intensity on the palate. This style emanates from ancient Greece and was known to Hesiod, the Greek epic poet, in the eighth century B.C.E. In modern times, the grapes are most often dried on straw or esparto grass mats in the sun; then they are placed in the shade for up to 10 days before they are pressed. This technique is referred to as “passerillage” or “vin de paille” in France, or “passito” in Italy and “soleo” in Spain. Most of the water has evaporated by the time they are pressed, allowing the wines to become incredibly intense in flavor and thick in texture. They may taste very sweet initially (and they are), but they should be spicy and dry on the finish so that you are tempted by another sip. Examples of this style are many but include Vinsanto of Santorini, Greece; Samos wines; Passito di Pantelleria wines from the tiny volcanic isle off the Tunisian coast; and “stickies” from the Rutherglen in Victoria, Australia, which undergo the further process of blending systems from previous vintages which may go back 20 or more years! The amazing aspect of these wines is that while they have so much intensity, they still reveal a sense of place that cannot be replicated by anyone else. 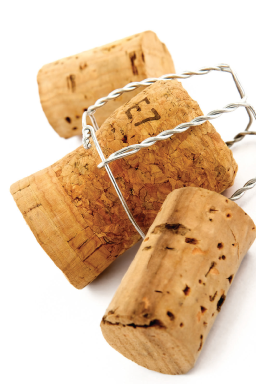 The fourth style is the fortified wines most commonly referred to as the “vins doux naturels” from mostly southern France. While Muscat-de-Beaumes-de-Venise from the Rhône is widely known, and while there are other similar wines from the Languedoc regions, it is the wines from the Roussillon in the southwest corner of France bordering Catalonia in Spain that can be viewed as housing treasures. This region grows 80 percent of France’s Muscats and blends both the two major clones of à Petits Grains and Alexandria together for specific reasons. This is where the world’s first fortified wines were made and their now 800-year tradition expresses itself in many ways, as experienced by those of us lucky enough to participate in a special tasting conducted by Eric Aracil of Roussillon at the Society of Wine Educators Conference in San Mateo this July. To say it was revelatory would be an understatement. We ended up having wines from vintages starting with a Muscat de Rivesaltes 1998 from Domaine Cazes, which was deliciously fresh on the palate, and going back to a more complex, reduced “rancio”-style from 1875 from Domaine Puig-Parahy (admittedly made from other grapes as well).

The point is that Muscat/Moscato comes in many different shapes and sizes, both literally and figuratively. While consumer interest is developing, try expanding customers’ awareness by seeking out specific Muscat/Moscatos. Don’t merely offer a varietal Muscat/Moscato that may or may not be representative of what the varietal has to offer – offer a wine from a specific place and tell your customer a little story about that place. Then they’ll feel even more connected to the wine and come back – either for more of that wine or to place trust in you that you have something more to offer.