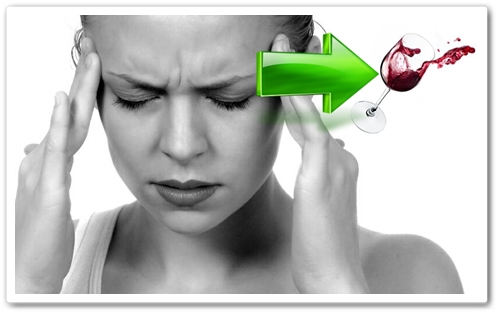 Fermentation by product is in all wine, but only U.S. requires warning

This is the time of year when people tell me, as they return from their European vacations, that they drank bottle after bottle of wine with their meals and “never got a headache.” They explain this miracle by saying that wines in Europe “do not contain sulfites,” unlike wines sold in the U.S., the labels of which clearly state “Contains sulfites.”

Because wine bottle labels in Europe do not print “Contains sulfites,” the assumption is that the wine does not as well. But it does; the label merely does not state that it does.

“Contains sulfites” is on all bottles of wine sold in the United States, no matter where the wine was made, because of our government’s regulations, rules that do not hold outside the U.S.

The reason that you didn’t get a headache drinking it in Tuscany is that you were on vacation. In Tuscany.

Anyway, most people do not “get a headache” from ingesting sulfites.

The “typical allergic reaction to sulfites,” says Dr. Mary C. Tobin, director of the Division of Allergy and Immunology at Rush University Medical Center, “is hives, itching, flushing, swelling, nausea, diarrhea and low blood pressure.” All bad, but no headache.

“Sulfite” describes a form of the common, natural, nonmetallic element sulfur. The preservative sulfur dioxide is another form of the element. Because sulfur is an antioxidant and anti-microbial, it prevents spoilage and browning in food and wine. What sulfur does for Tokay, it does for Tater Tots.

Furthermore, you cannot find a wine – any wine – completely free of sulfite. Sulfite is a natural byproduct of fermentation; around 5-10 mg/liter of sulfite exists in wine willy-nilly. Wine labels may state “No added sulfite” (sometimes seen on organic or so-called natural wines) but that is merely as true as it stands. The wine still contains some sulfite; none was added to that which occurred as matter of course.

The amount of sulfite in a bottle of wine will vary, depending on vineyard and winemaking practices, from 40-80 mg/liter. Again, these are levels in all wines conventionally made, from all regions of the globe. Wines that contain more than 10 mg/liter of sulfite must mention, again by our government’s laws, “Contains sulfites.”

To put sulfite levels in perspective or context, many foods contain sulfites but are not labeled so. For instance, bottled lemon juice, dried (orange) apricots, grape juice, many a salad bar and many a frozen white food (such as potatoes) that the processor wishes to remain white, all contain sulfite, often in amounts many-fold to that in wine.

So, why is there no warning label on a bag of trail mix? A good ol’ American answer: politics.

According to Thomas Pinney, in the second of his two-volume work “A History of Wine in America,” the congressional engine behind the sulfite warning label, finally enacted in 1986, was then-Sen. Strom Thurmond, of South Carolina, a teetotaler who once growled that “party animal” Spuds MacKenzie, the Budweiser bark-person with one black eye, was “glamorizing the use of alcohol” among young people.

Beginning in the 1970s, various neo-prohibitionist groups lobbied Congress for ingredient labeling on bottles of wine and other alcoholic beverages, with the ostensible aim of preventing such disasters as fetal alcohol syndrome. Stymied by the courts throughout the 1980s and prevented from passing into action such legislation, these efforts morphed into warning labels of one form or another, writes Pinney, “Only now the object was not to inform but to frighten.”

Thurmond’s crowning achievement was the passage in 1988 of the law that mandates the “government warning” label on all bottles of wine sold in the United States. You’ll see it, sometimes, slapped on bottles of wine made in other countries but sold here, looking like the afterthought that it is considered to be by foreign winemakers.

It’s the label that tells everyone what they already know, sort of like a sportscaster describing to you what you’re currently watching: to beware of ingesting alcohol if you are pregnant or about to operate a machine.

Reading it always gives me a headache.