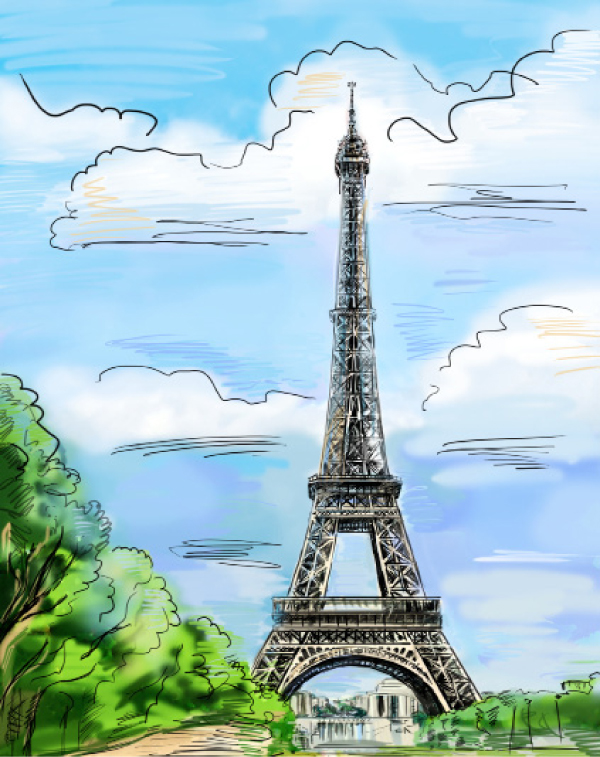 After a long flight from Las Vegas, George checked into the George V Hotel in Paris and found his way to the beautiful Le Bar, a very intimate safe harbor located in the majestic lobby of this grand hotel. After imbibing on nothing but airline champagne, he was ready to enjoy one of his favorite cocktails when in Paris, a Champs Elysées (a blend of cognac, green Chartreuse, fresh lemon juice, simple syrup and Angostura bitters). After taking the first sip, he once again felt civilized.

Finishing his cocktail and feeling a little hungry, George perused the bar menu and decided on the canapés, which included one of his favorites, foie gras. “What shall I drink with the canapés?” he inquired of the barman.

“I would recommend the Evidence. It’s a twist on a French 75,” he answered.

George took a sip and found the raspberry in the Chambord to work nicely with the cognac, and it paired beautifully with the foie gras. “This is really good, but what is a French 75?” George asked.

“It is a classic champagne cocktail made with either gin or cognac, fresh lemon juice, sugar, and champagne,” the barman answered. “We make ours with cognac.”

“Let’s try one!” George proclaimed, always the adventurous type. He found the drink to be delightful, as the cognac brought richness to the drink that was balanced beautifully by the lemon juice and champagne.

“If you want to know more about the French 75, you should go visit Colin Field at Bar Hemingway, inside the Ritz,” the barman proclaimed. 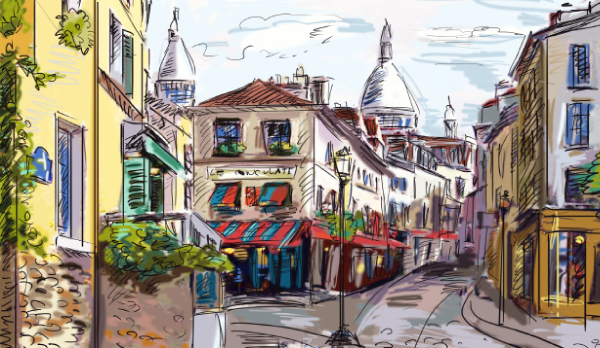 With four hours until his reservation for a late dinner at Chez Paul, George found this to be a wonderful idea so he hailed a cab and headed to the Ritz Paris. George arrived at the Hemingway and was surprised at how small the bar was. It was still early and there were only a couple of other guests imbibing, so he sat at a petite bistro table. He was immediately greeted by a friendly waiter and presented with a drink menu and some of the best potato chips he had ever tasted. “A French 75, s’il vous plait, and by chance, is Colin Field in today?” George inquired.

“Oui, monsieur, un moment,” the waiter said as he left. Very shortly thereafter a gentleman approached his table with a beautiful looking drink on a sliver tray.

“Your French 75, sir! My name is Colin Field.” The drink was served in a tall glass, over ice and seemed to be made with gin, not cognac. Colin explained that The French 75 was created circa 1914 and some credit the New York Bar there in Paris. It was named after the French 75-millimeter field gun used during World War I, but the drink became popular at New York’s Stork Club. He went on to tell George that yes, the debate continues on whether to use gin or cognac, but that they prefer gin at the Ritz.

After Colin left, George ordered a second and finished his third bowl of potato chips, which he found to pair well with the tart acidity and happy bubbles of his French 75. It was time for Chez Paul’s famous bone marrow, more foie gras and steak pommes frites, so he signaled his waiter, “Garcon, l’addition s’il vous plait.” The waiter presented the check, 56€ or nearly $80 US for two French 75s, a worthy investment in George’s eyes. He also bought a copy of Colin’s wonderful book, “The Cocktails of the Ritz Paris,” which Colin graciously signed. “Au revoir! Merci!” George saluted as he left.

Sadly Bar Hemingway closed its doors shortly after George’s visit in April of 2012 for a two-year renovation, but to enjoy a wonderful French 75, try my interpretation. Santé! 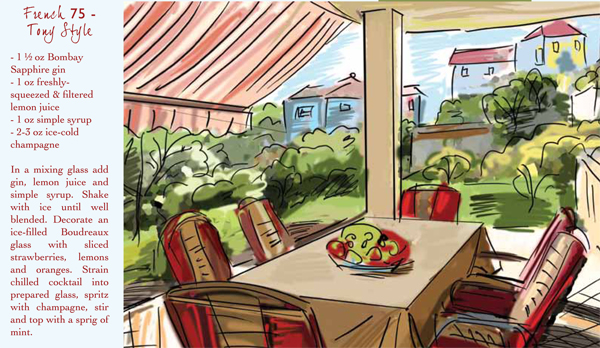