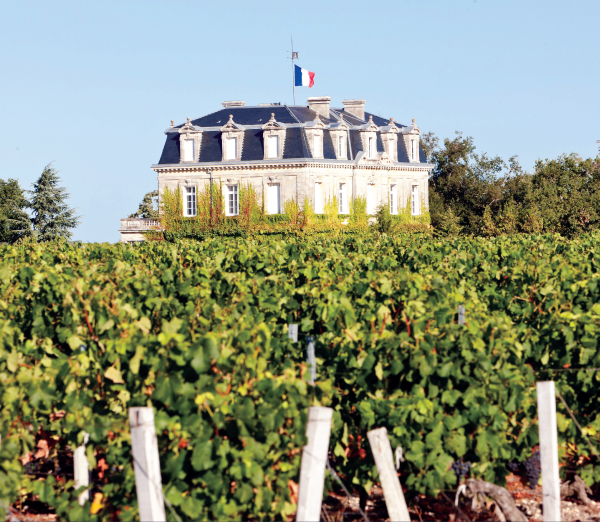 My main focus is on the overall changes that have been occurring in Bordeaux over the last 30 years and, in particular the last 10 years. The vintage of 1982 was a watershed year for Bordeaux, when a confluence of conditions changed Bordeaux seemingly permanently. It was the year that Robert Parker made his mark; and it was the vintage that spurred wealthy Japanese and Americans to start spending ever larger amounts on chateaux of Bordeaux’s five classification systems, which account for less than five percent of production (the classifications of 1855, Graves, Sauternes, Saint Émilion and Cru Bourgeois). Additionally, it was the year that demarcated not only steadily rising prices achieving the stratospheric heights of today, but also the lack of any significant economic downturns for the top chateaux.

Wine consumption continues to drop significantly, with consumption in France having dropped to 45 liters from 88 liters in just the past 25 years. Sixty-seven percent of Bordeaux is consumed domestically, but Bordeaux wine producers have needed to increasingly reach out to foreign markets and be more competitive with New World countries who do not share the vagaries of a maritime climate that has forced them to change.

While the United Kingdom is still the most important market in terms of value to Bordeaux, the United States is the second most important in terms of value and fifth in volume, because we are not buying the more price-value Bordeaux wines. Even though there are yearly focused marketing campaigns to expand the everyday wine market range of $10 to $20, it is the name properties that still garnish most attention.

How has Bordeaux changed? Over the past 50 years, the proportion of white wine production (both dry and sweet) has fallen from 50 percent to 11 percent; overall acreage has dropped 15 percent in just the last 10 years to 110,000 hectares or 270,000 acres (still a prodigious amount); the number of growers has declined from 20,000 to 9,500 and producers from over 10,000 to 7,600; and Merlot has become even more predominant on the Left Bank. Bordeaux has always been a low-key hotbed of viticultural and vinification research, and this has only become more evident since 1982. Does any other wine region have as many leading wine consultants such as Michel Rolland, Stéphane Derenoncourt, Denis Dubourdieu, Jacques Boissenot, Alain Raynaud, Claude Gros and Jean-Michel Ferrandez flying into wineries around the world? Bordeaux has been leading in soil research, vineyard density, rootstock and clonal selection, pesticide and fungicide use, energy and water usage, with a plan whose goal is a 20 percent reduction in its carbon footprint by 2020.

It is also a leader in technological application, including improved mechanical harvesters, the use of small plastic perforated lugs to reduce the potential of introducing oxidized grape juice into fermenters, vibrating sorting trays, optical sorting machines for individual grapes, reverse osmosis and concentrators, and micro-oxygenators. The use of new oak for fermenting wines was deemed to be a significant advancement until climate change resulted in phenolically riper grapes, which allowed winemakers to rely less on new oak barrel aging to give structure to their wines. There is increased use of co-inoculation for primary fermentation simultaneously with malo-lactic fermentation and application of oxoline barrel systems that allow for more efficient lees stirring. The results include more fruit forward and cleaner and refreshing but structured wines that still speak to the region. And last but not least, women winemakers, such as Sandrine Garbay at Chateau d’Yquem, have broken the glass ceiling. So much for stodgy old Bordeaux! Yet, the American public, holding onto its image of gleaming chateaux and ultra-expensive luxury wines, is skeptical that a wine costing between $10 and $30 can be any good in comparison. 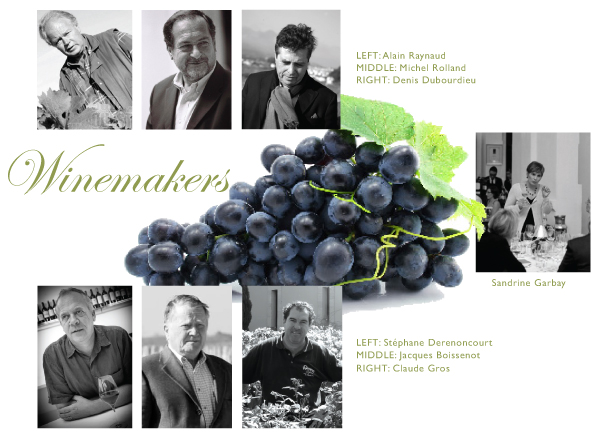 Bordeaux’s reputation for red wines has impacted the public’s perception of its white wines negatively. But the white wines can be excellent. The predominant white variety is Sémillon, followed by Sauvignon Blanc. Typically, white wines were oak influenced and somewhat oxidized. Over the past 30 years, lower-priced whites could not compete with the vivacious, refreshingly crisp and powerful Sauvignon Blancs of New Zealand or of the Loire, for example. But today there are delicious, vibrant, unoaked whites at the Bordeaux AC level, such as from Dourthe or from the Entre-Deux-Mers region. These retail for $10 and are wines any consumer would relish. For those with deeper pockets, Graves and Pessac-Léognan are still home to more aristocratic, age-worthy Sémillon-based whites that can be amazingly complex and thought-provoking. 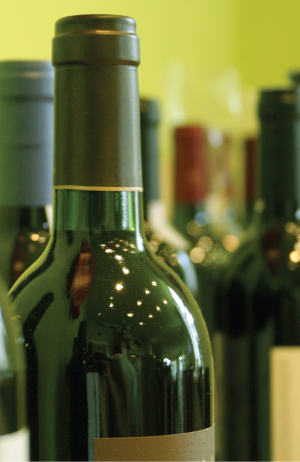 These represent almost half of the vineyards and several different styles, ranging from rosés to the easy drinking soft and fruity claret and fruity Merlot-based wines. The newly-formed (2009) Côtes de Bordeaux incorporates four appellations and 14 percent of total production, and helps consumers select a wine similar in concept to the Côtes du Rhône. It also allows for easier creation of brands to compete against New World producers while retaining its Bordeaux distinctiveness. Additionally, as of 2005, producers are allowed to include varietal information on the front label. There is even talk of Bordeaux AC and Supérieur using the old English labeling term “claret” on its labels. So while we can expect a continued decline in production, we can also anticipate continued improvement in quality for this everyday wine category, providing consumers with great value for both white and red wines.

Every oenophile has heard of Bordeaux’s great growth wines – the first family/club of 10 (now 12?): Haut Brion, Lafite, Mouton, Latour, Margaux, the two A’s from St. Émilion, Petrus, Le Pin and d’Yquem. These have now been joined by St. Émilion’s Châteaux Pavie and Angélus. More significantly, two other fruit forward newcomers, Châteaux La Mondotte and Valandraut, went straight to Premier Grand Cru status, skipping over the Grand Cru Classé level of St. Émilion. All four of these estates have one thing in common – a more-pronounced fruit-forward approach – which may be indicative of changes that are occurring in the heartland of this venerable region. Parenthetically, these promotions also reflect a greater use of Cabernet Franc at these vineyards. The classification of 2012 was also subject to blind tasting by a board of “experts” representing regions that extend well beyond Bordeaux. Arguably these promotions may reflect climate change, which has been expressed by three great vintages in the recent years of 2005, 2009, 2010.

The Cru Bourgeois of Médoc has also just undergone a significant change and presents the consumer with excellent choices, especially from the recent great vintage years, without the high investment cost. This designation is more of a seal of approval than a classification system and is subject to yearly changes. Names such as Chasse-Spleen, Haut-Marbuzet, Meyney, Phélan-Ségur, Potensac and Poujeaux represent the best of the 260 properties that have garnered this status. As for the Graves and Pessac-Léognan, who would be surprised if the 1959 classification is subject to changes?

The sweet wines of Sauternes and Barsac are world-renowned, with 27 classified growths from the 1855 classification. Yet, there are 11 other appellations in Bordeaux that produce sweet wines in two distinct styles: Moelleux, which are late harvest, and Liquoreux, which have a minimum of 45 grams of residual sugar as they are affected by botrytis. The American public should gain familiarity with appellations such as Cadillac, Cérons, Loupiac and Sainte-Croix-du-Mont because they are delicious and represent great values.

While Bordeaux, with its venerable riverside embankment, promotes the image of wealth and nobility, much is changing. China and Hong Kong have become significant importers, the latter as the current leading auction wine city of the world. But for the majority of consumers, especially in the United States, Bordeaux has much to offer in both diversity of style and value. So the next time you design and promote your wine list, feature some Bordeaux wines. There’s a clientele who will appreciate them and the rich stories behind them.