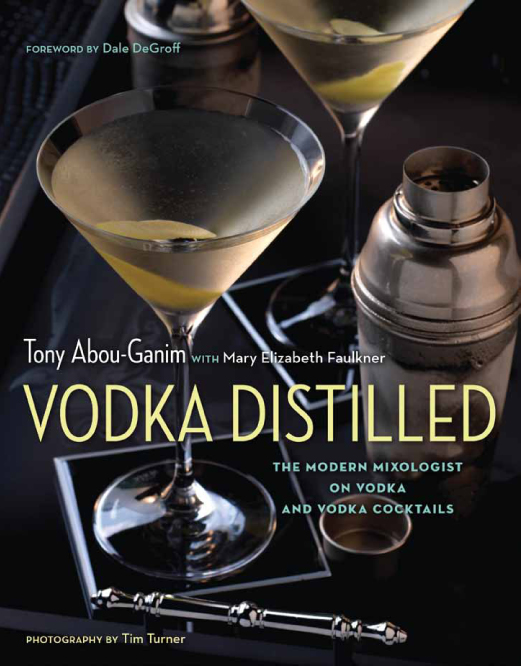 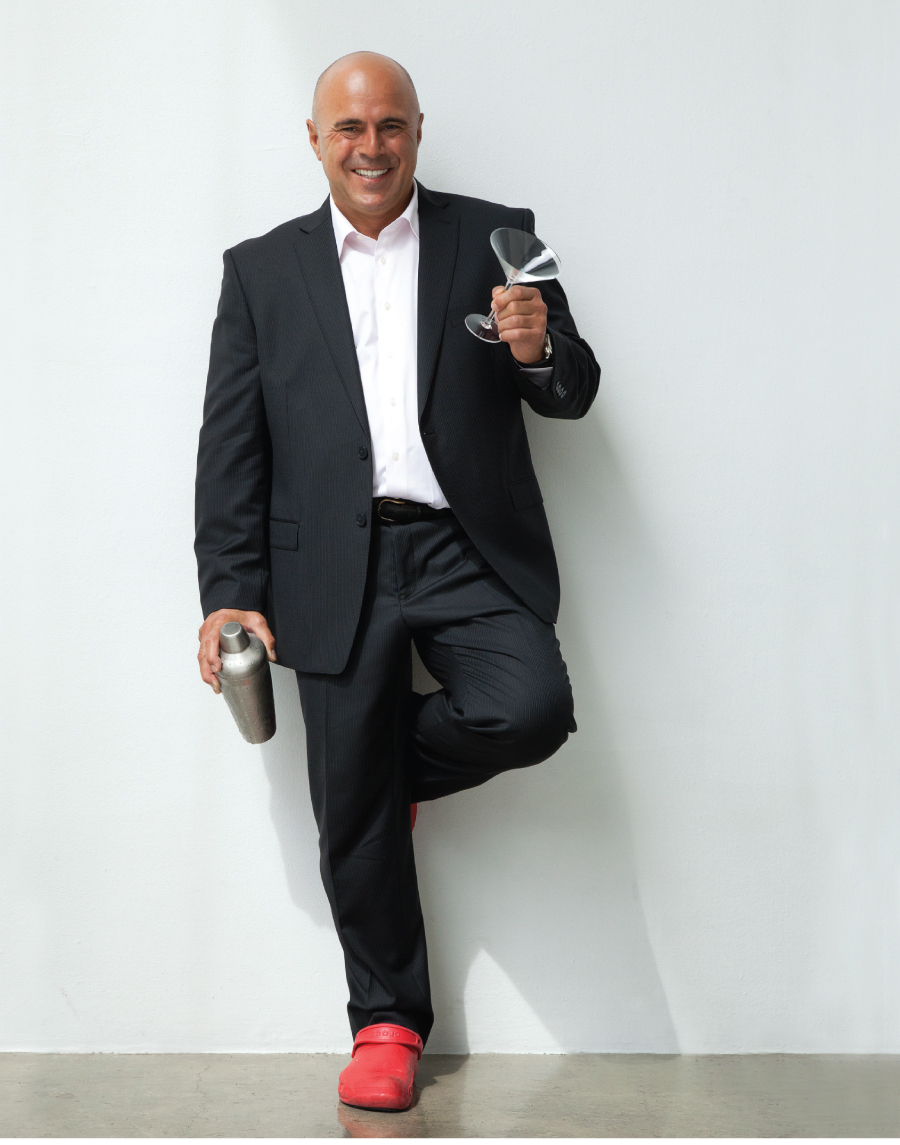 Tony Abou-Ganim, author of “The Modern Mixologist,” is back at it with his new book, “Vodka Distilled.” As a leading bar professional and expert, Tony has made appearances on numerous national television shows including “TODAY,” “CNBC,” “Fox News” and “Good Morning America.”. He has also appeared on “Iron Chef America,” where he won three competitions: first, pairing cocktails with Iron Chef Mario Batali; second, with Chef Jose Garcias; and finally, with Chef Shawn McClain. 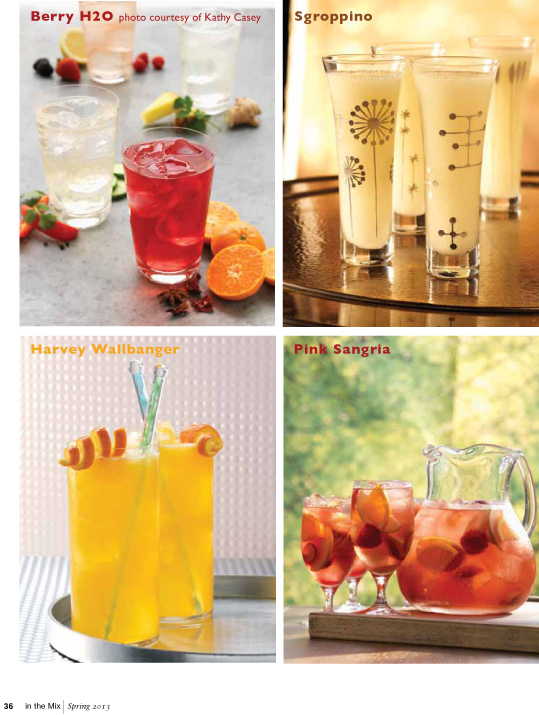 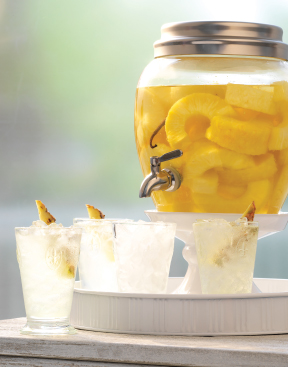 In his newest book, Tony covers the subtlety of tasting and comparing Vodka, its origins and history, evolution, raw ingredients, production, key cocktail recipes beautifully illustrated by photographer Tim Turner, caviar and Vodka pairing, and step-by-step instructions on how to host a Vodka tasting.

“I was delighted by Tony’s easy conversational delivery of the steps of Vodka production, a subject that in lesser hands could easily replace counting sheep. In “Vodka Distilled,” Tony captures that easy style in his prose and effortlessly gives us a clear picture of all the stages of production, styles by base ingredient, and – well, in essence, he covers all the fine print in an appealing way.” – Dale DeGroff, from “Vodka Distilled” Foreword. 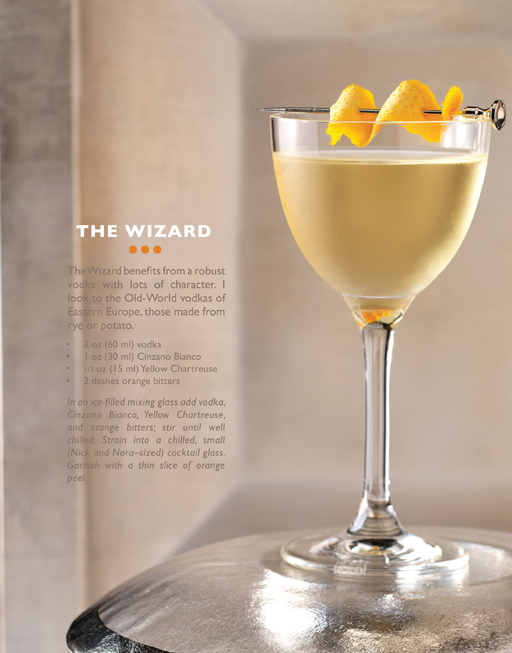 ITM: Your Vodka adventures with Dale DeGroff lasted over three years as you two traveled around the United States, Canada, Mexico, Puerto Rico and Australia presenting Finnishing School, a one-day Vodka immersion course. Now a full book dedicated to the spirit of Vodka. Why Vodka?

TAG: Discussions with my publisher on what to follow up “The Modern Mixologist” with led us to the conclusion that, even though we touched on each specific spirit, we didn’t go into much detail surrounding every category and the drinks fashioned from them. So, why Vodka? Well, even though it’s the number one most-consumed spirit in this country, I felt there really is a lack of understanding and appreciation for the enjoyment of Vodka. And in the words of my dear friend Charlotte Voisey, “With superior knowledge comes enhanced enjoyment!” This I felt was not only true only of consumers but also among bartenders. For some reason, Vodka seemed to have fallen out of favor with many of today’s most respected bartenders and I was curious why. I wanted to do away with the myth that all Vodkas are the same, and draw attention not only to what makes each unique, but also to look at ways to better enjoy this noble spirit; to celebrate Vodka, if you will, rather than dismiss it or take it for granted. Yes, as a bartender I feature Vodka in cocktails, but I try to explain that through a better understanding of the category, we as bartenders can make better sense of which Vodka works best in which drink. But beyond that, my hope is that we will embrace the simple pleasure of enjoying Vodka all on its own, unadulterated and solely for the love of Vodka. 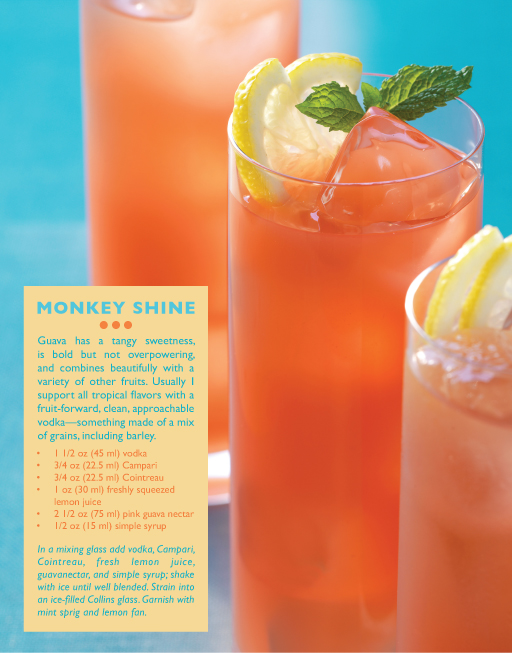 ITM: Let’s dispel the myth that Vodka should be odorless and tasteless. Are all Vodkas created equal?

TAG: The United States defines Vodka as “a neutral spirit so distilled, or so treated after distillation with charcoal and other materials, as to be without distinctive character, aroma, taste or color.” Well, many may agree with this statement but I say all one needs to do is sit through a blind tasting of 6-8 different Vodkas fashioned from varying raw materials, and produced utilizing different production techniques from different parts of the world, to realize that this is far from the truth. Sure the differences are often very subtle, but they are there none the less. It takes a little more work and practice to be able to detect them, to identify them and ultimately come to appreciate them. To quote, Charlotte once said, “With superior knowledge comes enhanced enjoyment!” Vodka stands there naked, unable to hide behind botanicals or oak aging, showing you its basic ingredients and the art of the Master Distiller.

ITM: The question of the origin of Vodka, from Russia or Poland, continues to be debated today. But the producers and consumers of this spirit have grown greatly since its birth. Can you explain the Vodka Belt?

TAG: The battle of who first made Vodka will most likely continue between Russia and Poland forever, but what we can be certain of is that it quickly spread to the surrounding countries and eventually they formed the Vodka Belt. The “Vodka Belt” has no established definition but generally includes Russia, Poland, Ukraine, Belarus, Nordic States (Finland, Norway, Iceland, Sweden and Greenland), Slovakia, Hungary and the Baltic States (Estonia, Latvia and Lithuania). It was not until the past century that Vodka spread its wings to the west.

In much of the Belt, Vodka is consumed neat, straight from the freezer and most often with food. But in the United States we rarely think of drinking Vodka in this fashion but rather as the foundation in a cocktail or mixed drink, and often as a replacement for gin, as in the poor martini and gimlet, to name but a few. Trust me, if you have not taken the time to try drinking Vodka in this fashion – neat, icy cold from the freezer – then you are missing out. This is how I fell back in love with Vodka again, and it never hurts to have a little caviar on hand to pair it with.

ITM: What is the difference between Old World and New World Vodka? 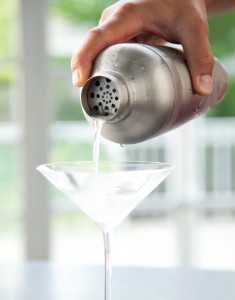 TAG: When writing the book, I searched for a way to identify the style of each Vodka and provide the reader (imbiber) with tools for classifying individual Vodkas. Eastern European versus Western European? Masculine versus feminine? Modern versus classic? In the end I decided to borrow some terminology from the wine world and go with Old World and New World. The thing to remember is that this deals with the style and character of a specific Vodka and by no means represents the quality of that Vodka. New World refers to very approachable, neutral, lighter-bodied Vodka whereas Old World depicts a more aggressive, robust, assertive style. In the end it comes down to personal preference and how the Vodka is to be enjoyed.

ITM: Finally, you give step-by-step instructions on how to host a Vodka tasting. What is the difference between a wine and spirit tasting?

TAG: I believe that much of what we consume, what we wear, what we drive and especially what we drink is the result of marketing, advertising and celebrity endorsement, and is rarely a function of simple taste. In a blind Vodka tasting, one is simply evaluating what’s in the glass based on its merits and ultimately your own personal likes and dislikes. This does require a certain amount of practice to become proficient at tasting and identifying the subtleties of each Vodka, but in the end, you may be very surprised by your favorites. With any luck, it was not only a little eye-opening but also a lot of fun! After all, isn’t that why we do what we do anyway?

The big difference between doing a wine tasting and a Vodka tasting is the alcohol strength. Most wine will register somewhere in the 12-13 percent range while Vodka, and most spirits come in between 40-50 percent. So tread softly when nosing Vodka, as most of what you will detect takes place with our olfactory and not on the palate.

I love everything about our wonderful profession including the spirits we enjoy and pour for our guests. Vodka deserves its rightful spot on the back bar – it’s earned it! Hope you, too, will take the time and make the effort to rediscover Vodka. It can be a fascinating journey if you let it … enjoy the ride!