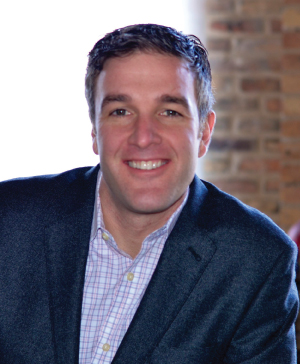 Ryan Maher has spent 17 years as a supplier in the alcohol beverage industry, beginning on the Monday after he graduated from college. In 2005, he transitioned from distributor management to the National Accounts On-Premise channel, and since, has enjoyed the buyers and supplier community every bit as much as the brands he has represented. Having worked exclusively for family-owned and operated companies since he started, Ryan’s first 10 months as Director of National Accounts On-Premise for Tito’s Handmade Vodka have fit his professional values and career seamlessly. He contacted Tito Beveridge himself four years ago for the job, and once again found a position with a family, the Tito’s family.

ITM: Thanks for taking some time with us today, Ryan. Some huge increases happened for you in 2012. Peter Angus, the executive vice president of sales for Tito’s said a lot of the increase was coming from on-premise. That’s your playground. What do you attribute more people calling for Tito’s to?

RM: It’s an amazing confluence of circumstances that is driving this brand’s success in the on-premise. First and foremost, we are American owned and manufactured. Tito is this brand, and his story is an inspiration for all entrepreneurs. People identify with him and his story. I joke that we have a foreign oil and foreign vodka addiction in America, and we are just the brand to break your habit! People are more conscious of where and who they buy products from and Tito’s story is the American dream in a bottle. Second, our price point is very accessible compared to our super-premium vodka competitors. A sharp-penciled operator understands Tito’s Handmade Vodka price/quality relationship and its ability to drive profits up and pour costs down. “A filet mignon at a pot roast price,” Tito often jokes. Lastly, we are made from 100 percent corn, so our vodka is gluten free – a real issue for someone with celiac disease or those living a gluten-free lifestyle. Restaurants and bars are increasingly offering gluten-free menus, and Tito’s Handmade Vodka is often the vodka of choice.

RM: It’s something that even our most loyal customers can’t believe has happened to their local Austin brand. The fact that we are available in all 50 states still is a shock to some, but we are growing at a rate that requires the other 49 states to pull their weight and that is exactly what is occurring. Tito lives in Austin and is at the distillery regularly, “tinkering and tasting” as he describes it, making sure that what he did with a 16-gallon pot still years ago is the same as with his 650-gallon stills today, all of which he builds himself. Our artisan pot distillation process is much more labor intensive, but gives Tito much more precise control over the purity of the distillate. You will not find a sophisticated lab for analysis here; you will find Tito with a test tube tasting each batch and making sure it’s up to his exacting standards. It’s a lean and mean operation, with people, not computers doing the work.
ITM: Tito’s is made from corn and pot distilled. Do you think most customers know this, or do they just like the flavor?

RM: As mentioned earlier, corn as a raw material is very important to our friends with celiac disease because it allows them to have an alcoholic drink without compromise. To the others, we know that corn leaves a slightly sweeter taste on the finish and many “talk dry but drink sweet.” Our six-time pot still distillation process allows for total control over the finished product, and I think fans of the brand appreciate the extra effort that requires when they enjoy their favorite Tito’s Handmade Vodka cocktail.

ITM: We are doing a feature story on flavored vodkas. I noticed Tito does several videos on infusing Tito’s Vodka with all kinds of fruits and spices, even jalapeño. Does Tito’s have any plans to jump into the flavored arena?

RM: I know he has no plans to do so. What flavor is even left to be unique? I know the operators don’t even want to talk about flavors anymore. Tito has been pretty outspoken since the beginning about flavored vodkas, as he was given a piece of advice to focus solely on 80 proof. He has become very good at infusing his own vodkas, which can be seen on our Web site. If you have some lemons, he will make you a citrus vodka – just ask. But you won’t ever see it on a shelf.

ITM: USA Certified, Made in the USA. I was reading about this certification recently. It’s not easy to get. You must be pretty proud of that. What does it take to get certified?

RM: It is a very important certification for us, and we were one of the first brands to be acknowledged. We are in very good company with some well-known American companies that share the same product values. We are owned and manufactured in the United States; our bottle, label, and even our cap are all made here in the U.S. It’s something that Tito believes strongly in, and we know our consumers appreciate contributing to an American company. They even voted us into their hall of fame.