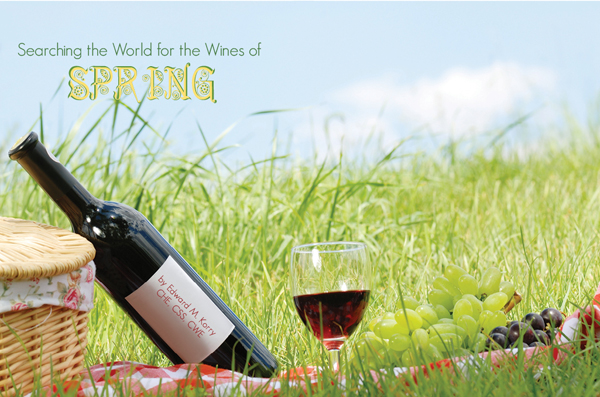 As I sit near shivering on a less than temperate New England January day, my thoughts are still more affixed to bold mouth-filling alcoholic reds than more delicate whites. I am, however, one who espouses that all styles of wine are fit accompaniments to any season if in the right environment and circumstances. (I had a low alcohol, very light and tart, spritzy Bizkaiko Txakolina from Spain’s Basque country just the other day, while outdoor temperatures hovered around 8 degrees Fahrenheit.) Yet, there seems to be a psychological need to affiliate lighter wines with our conjured spring “green” image of lighter fare. So, while I take taste factors as a major consideration in pairing with spring menus, please only interpret the suggestions as a potential for a seasonal marketing and sales strategy. 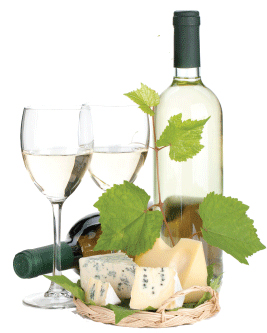 So where to begin? By starting with the lightest of white wine examples, including sparkling, to rosés and tart red wines. Riesling, Albariño, Godello, Verdelho, Chenin Blanc, Sauvignon Blanc, Picpoul de Pinet, Petit Manseng, Pecorino, Muscat/Moscato, Falanghina and Fiano de Avellina all share in the lively and refreshing acidity we are seeking.

Sparkling wines such as Blanc de Blancs made entirely from chardonnay or sparkling rosés might be ideal, whether from Champagne, Franciacorta, Cava or Prosecco, or from Carneros, Napa or Anderson Valley in California.

Rieslings, whether the bracing lighter German Kabinett style of the Mosel or the richer Spätlese style of the Rheingau, are ideal accompaniments to lighter, “green” fare. Let us not neglect the fine Rieslings of Alsace, which are frequently overlooked. One also tends to neglect the Rieslings from Australia’s Eden and Clare Valleys as well the neighboring Adelaide hills, all having a concentrated lime fruit profile. Rieslings from Washington state and upstate New York are especially good domestic values. And don’t be surprised if you encounter either New Zealand or Chilean Rieslings in American markets.

Albariño from Rias Baixas in northwest Galicia, Spain, has gained worldwide fame and again is an ideal accompaniment for seafood and vegetarian dishes. Also, in Galicia and in neighboring Bierzo, the formerly obscure Godello varietal has garnered a fine reputation in just the past 20 years. Sauvignon Blanc like Verdelho from Rueda also is a delightful discovery. Before departing from the Iberian Peninsula, let us not forget the nervy wines of Vinho Verde, especially those derived from the Loureiro and Alvarinho varieties, the latter being synonymous with Albariño.

From France, I would suggest seeking Chenin Blancs from the Loire Valley’s Saumur region, including its sparkling wine, and very austere and dry Savennières; or from the Touraine region, whether in its dry or off-dry style, especially from Vouvray. Chenin Blancs from South Africa have improved greatly over the last two decades and are worth seeking out. The U.S. examples from either Clarksburg, California or from Walla Walla in Washington state also offer good varietal character.

This may be the perfect time of year to explore the lesser known appellations recognized for Sauvignon Blancs. From the Loire’s Central Vineyards, we have Menetou-Salon, which neighbors the more famous growing region of Sancerre. Light, dry, tart and floral but boxwood-aromatic, value-priced Sauvignon Blancs from Entre-Deux-Mers in Bordeaux are being imported into the United States with ever greater visibility. Reminiscent of this taste profile are the newfangled Sauvignon Blancs of Chile and cooler Monterey County, California.

Tart Petit Manseng from France’s southwest in Jurançon, or southeast in Jura, while obscure, will delight any adventurous wine drinker with its unique floral, quince and apricot profile. Interestingly, it has been transplanted to Virginia along with small amounts to California. The Picpoul de Pinet from the Languedoc is a great value wine and is widely available. It is so named due to its high acidity, as “Picpoul” is the local dialect for “lip stinger.”

Travelling further to Italy, there are almost too many to refer to here, but opt for wines other than Pinot Grigio to engage your customers with differentiated experiences that are sure to delight them. Whether Pecorino or Passerina varietal wines from the Adriatic Marche area with their mineral and herbaceousness, or the ancient Falanghina and Fiano de Avellina from Campania – all offer familiar yet different taste experiences and are perfect for our spring menus. For those opting for a sweeter wine, don’t hesitate to offer the delightful Moscatos of northern Italy, but which are now emanating from all over the world.

Rosés are a perfect spring wine, whether dry or off-dry, as consumers prefer. Wonderfully rose and strawberry-scented, Grenache-based dry rosés come from the Navarro region of Spain, southern Rhône region of Tavel, or from Provence (among many other appellations). Rosés from Vinho Verde are also delightful with their touch of spritz and are perfect accompaniments to perhaps the widest variety of menus. 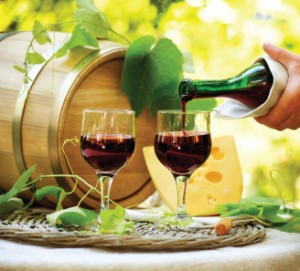 For red wines that might offer a new beginning to consumers, I would like to focus on the less well-known ones that have infiltrated our markets. That is not to say many Pinot Noirs, Sangioveses, Tempranillos, Zinfandels and the like would not fill the bill admirably due to their generally lower tannin levels and light to medium-bodied profiles. My suggestions here include: Cru Beaujolais, Poulsard, Côtes de Bordeaux Merlot-based wines, Barbera, Dolcetto, Bardolino and Valpolicello, Schioppettino, Mencía and Prieto Picudo, Xinomavro and Saperavi.

While the United States has been inundated with Nouveau Beaujolais for the past three decades and consumers have associated all Beaujolais with having candied, banana notes, Cru Beaujolais represent more the traditional and certainly terroir-driven wines of the region. The lighter red fruit-scented styles represented by the Cru villages of Fleurie, Brouilly, and Côte de Brouilly might be most appropriate.

Poulsard, from the Jura region in France, is certainly a little esoteric but from its pale colored appearance to its intensely floral perfume, this tart wine is ideal. As lamb is also associated with spring, I suggest value-driven Côtes de Bordeaux wines, which have a more acidic and less full-bodied nature than their Merlot equivalent in California.

From Piedmont, Italy, Barbera and Dolcetto fit the bill – the former particularly with its cherry flavors, very low tannin and high acid profile; and the latter often rounder , softer with an almond and tarry note. Both Valpolicella and Bardolino have similar profiles of bright sour cherries and are definite value choices for those looking for an Italian experience. Schioppettino, from the northeast Friuli region of Italy, is a more esoteric wine and somewhat of a newcomer; however, it has a very distinct aromatic profile, which will delight the wine adventurer in your restaurant.

From Spain, I have selected two red varietals that reflect both modernity and ancient roots: Mencía and Prieto Picudo. Mencía is found primarily in Bierzo and Galicia in northwest Spain. The style I refer to is the less concentrated form that has gained it a recent reputation. It has delightful fruit and crispness and thus is worth seeking out. Prieto Picudo from León has a distinct personality of black pepper and wild fruit flavors with crisp acidity.

Lastly, and again for the wine adventurer, I have selected Greek Xinomavro (translation: “acid black”), which comes in differing interpretations but has a common thread of intense acidity. Saperavi, from the ancient wine-growing country of Georgia, is more full-bodied and has the bright acidity we are seeking. While Georgian wines are not widely available, they do seem to provide not only a different story to tell but also I have found them to be a delicious accompaniment to a plant-based cuisine with a touch of lamb.

This is by no means intended as an all-encompassing repertoire of spring wines but includes both the widely-known and available, to the more esoteric for wine adventurers. The common thread is bright acidity and low alcohol, and low tannic wines that will enhance the bright, “green” flavors of spring. (It cannot come soon enough!)