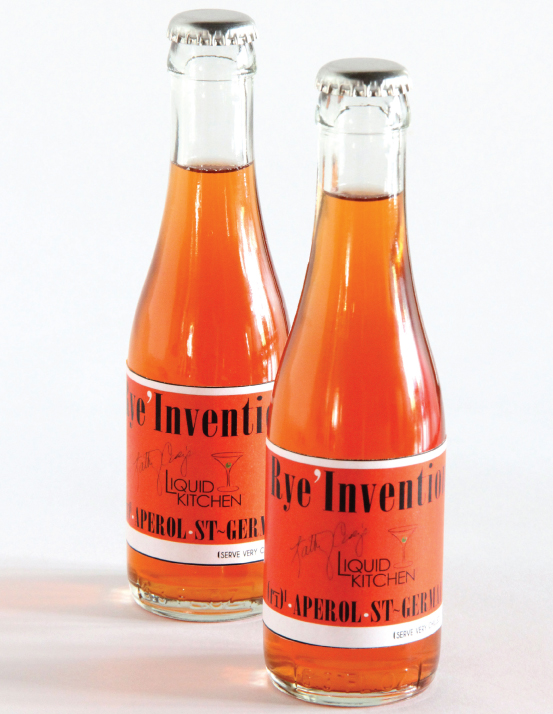 Even Shakespeare would have to agree that this is one trend where there is “much ado about something.” There has been a great deal of press recently about the batching of cocktails and barrel-aging craft beers, wines and spirits. The Internet is rich with information on the subject. There are even multiple Web sites offering for sale all of the necessary equipment, along with step-by-step instructions on how to batch a cocktail or how to brew your own beer. And the articles and mentions about barreling are, without question, trade ubiquitous. So we thought that it was time to go to the horses’ mouths to get the scoop.

We interviewed mixologists, whiskey peddlers and such. We spoke with a few genuine pioneers in barrel-infused cocktails, and this is what we discovered: Barreling and batching is more than a trend. These are sustainable, new approaches to creating innovative cocktails and serving wines. 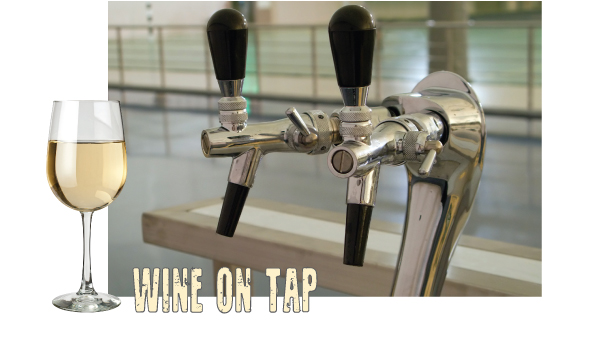 Wine is also getting onboard with the barreling trend and offering wine-on-tap to the consumers at the point of consumption, on-premise. Currently, 48 states have approved wine in containers larger than three gallons for sale to the on-premise operator. In Florida, one of the states where wine is limited to the size of a one-gallon canister, a new bill is pending called The Florida Wine Canister Act. It will allow the state’s distributors and manufacturers to sell wine in kegs or large containers up to six gallons per container. Consumers and off-premise retailers would not be permitted to purchase the wine in kegs over one gallon. As in all other 48 states, this allowance pertains to bars and restaurants. Florida is one of only two states left — the other being Utah — to prohibit wine in kegs.

Aside from the trendiness of this current novelty in wine service, the benefits are many, according to Dominick Peri, managing owner of Grape2Grain, a brokerage company doing business with on-premise chains in the United States.

Dom listed the benefits of wine-on-tap or wine in-the-keg, as follows:

GrapetoGrain is the exclusive broker to the on-premise chain segment for Italian I.G.T. Designation wines sold in KeyKegs®, a plastic disposable keg sold in 20- and 30-liter sizes. The Conrad Hilton in New York City and the O’Hare Hilton Hotel have both incorporated this Italian wine-on-tap into their beverage program. Varietals include Prosecco, Pinot Grigio and a Cabernet Merlot blend; however, there is no limitation on the wine varietal allowed to be sold in keg from Italy.

While wine-on-tap is a relatively new concept here in the United States, the service of wine, especially local and regional wines, has been going on for centuries in Europe. Many of you who have had the privilege of traveling to France, Italy or Spain, for example, have been served a regional wine in a carafe. These glasses of wine are tapped from a disposable keg or container in the back of the house and served to the guest in the carafe. This practice was a practical evolution from the old-world system when area wineries delivered their wines to the bars and restaurants in a barrel. Once emptied of its contents, the cask would be retrieved by the winery for refilling. Independent restauranteurs have embraced wine-on-tap and as Dominick said, he is “still waiting for the first chain to do it.” 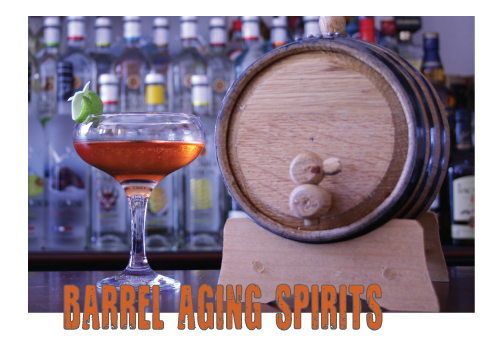 The new news in the United States with barrel aging spirits, however, is at the on-premise, where cocktails are being aged, nay, infused or finished in used casks. The intention and results of this method are to create a unique cocktail that no other restaurant or bar offers.

“All of my accounts ask, what is the next big thing or how can I be unique? Barrel infusing (aging) certainly is one way of doing this. It serves as a conversation piece behind the bar, gives bartenders and waitstaff a chance to converse with guests about the process. Specialty cocktails can be created from the barrel-infused liquid that no other account will have, making the overall concept quite own-able for an account,” said Wendy Dunlap, S.E. national accounts manager, William Grant & Sons.

Brian Loukmas, Bacardi portfolio mixologist for national on-premise accounts, has been aging cocktails for a few years. “Barrel aging is a cocktail-batching method that elevates the ‘store and pour’. Attractive bottles are used for the storing, and what is poured is already a cocktail that can be served as is, or further enhanced with other ingredients to create yet another cocktail.” Working with a variety of high-end spirit-based products such as Grey Goose Cherry Noir, Brian is so pleased with the results that he has been suggesting the recipes to the national on-premise chains as a simple, effective way to set themselves apart from the competition.

Here are a couple of his favorite recipes:

Method: Pour ingredients into pitcher and stir. Pour mixture into barrel. Plug barrel, insuring a tight seal and place in cool, dry place away from sunlight. When contents reach desired taste, empty into glass containers that have been labeled with the name of the cocktail.

To serve: Pour 2 ounces into mixing glass with ice and stir until well chilled.

Method: Pour ingredients into pitcher and stir. Pour mixture into barrel. Plug barrel, insuring a tight seal and place in cool, dry place away from sunlight. When contents reach desired taste, empty into glass containers that have been labeled with the name of the cocktail.

To serve: Pour 2 ounces into mixing glass with ice and stir until well chilled. 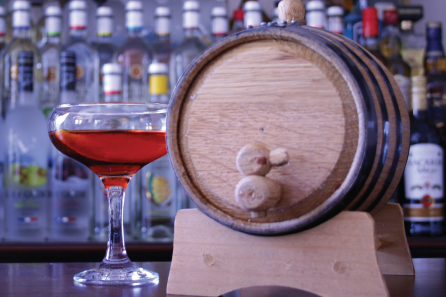 A key tip regarding the barrel aging Brian says, is “size matters.” The bigger the barrel, the less the wood comes in contact with the cocktail, theoretically taking longer to draw flavors from the oak. A one-liter barrel will take approximately three to six weeks, while a five-liter barrel could take six to eight weeks. He strongly suggests sampling the cocktail throughout the aging process to insure best and desired results. Citrus is tricky as it spoils easily, while fortified wines such as vermouth add depth of flavor to the finished cocktail. When pouring the cocktail from the barrel into the bottles, use a mesh strainer to filter out any charred oak particles.

Brendan Dorr, head bartender at B&O American Brasserie at Hotel Monaco, a Kimpton property in Baltimore, is barrel-aging a Prohibition-era cocktail called Boulevardier, made with equal parts bourbon, sweet vermouth and Campari. He uses new, charred-oak five-liter barrels. Brendan reiterated a comment Brian made to me about used bourbon and sherry barrels being hard to find due to the recent popularity of distillers finishing their spirits by taking an extra step of aging in used oak barrels.

Tylor Field III, divisional vice president of wine and spirits for Morton’s The Steakhouse/Oceanaire Seafood Room and Landry’s, Inc., shared with us his experience to date on this leading-edge bar promotion. “We started testing (barrel-aged cocktails) a year ago and have been nationwide for the last six months.” Tylor described when he first heard about barrel-aged cocktails: “I sampled a few in different mixology bars in Chicago and San Francisco and wanted to try a batch for fun. William Grant had some barrel kits and some great whiskey to start with and wanted to partner on our project and were a great support. It was so good I put it into test right away.” When asked what the challenges were to offering barrel-aged cocktails, Field reported it was to make the right amount. He went on to say, “Since you are aging something, there is a finite amount of finished product. It takes six to eight weeks to make so you can’t create it in a minute. All of our restaurants have different levels of business so they need to manage their batches. You also need to taste each batch. As a barrel is re-used, the liquid will require longer aging for each batch to get the same flavor profile.” Tylor is now “looking at changing to a seasonal program where the aged cocktail changes four times a year.” 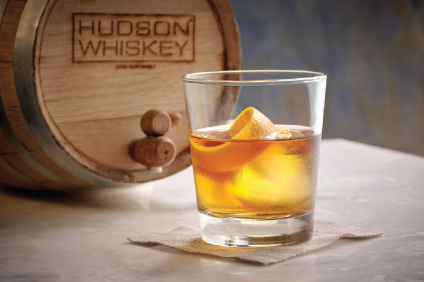 William Grant & Sons is barrel-infusing a Manhattan cocktail made with their white Hudson New York Corn Whiskey, according to Wendy Dunlap. Her counterpart, Nick Arenas, who works with the national hotel chains, refers to the “barrel maturation process” that happens when their white whiskey is introduced into brand new charred-oak barrels and allowed to sit for 12 weeks. Nick has been working with a top-tier hotel chain to launch a barrel-matured cocktail program in properties throughout their system. He stated, “Barrel aging can be a good educational tool that helps engage the consumer and takes the place of a whiskey tour through this virtual on site experience.” He calls the program a “virtual distillery minus the distillation process.”

Both Arenas and Dunlap spoke about the variety of cocktails that can be made from one barrel-aged cocktail, when one considers the ability to serve it straight, on the rocks, as a shot, or shaken as a martini-inspired cocktail, or mixed with other flavoring ingredients such as aromatics, bitters, vermouths, cordials and “basically anything that is not citrus or cream-based.”