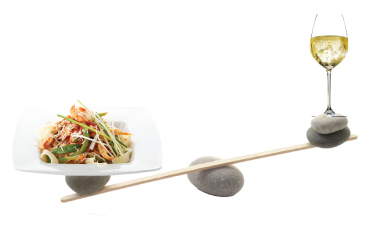 Sally James recalls with a chuckle, that after moving from her native Australia to the Napa Valley, she was admonished not to let any wine savvy local see her adding ice and seltzer to her white wine lest she be branded unsophisticated, if not downright offensive.

“I was surprised,” she said. “It’s just the way I like my white wine. Especially in summer in Australia, I often added ice to it. I guess we are a little more relaxed about food and wine in Australia. It might have something to do with our origins. Being sent from England as convicts, we started as law breakers.”

So why does the wine industry continue to persecute innocent wine lovers who are, in fact, practicing traditions that were considered apropos in France, Italy, Germany and Spain until very recently? And who is this Sally James person who committed such a heinous crime as putting something in her wine to simply enjoy it more? 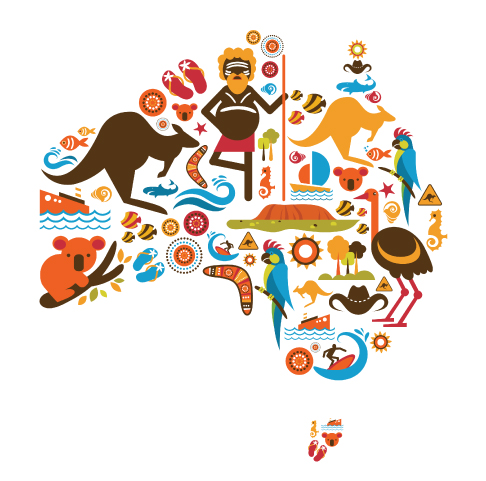 James is not a wine or food neophyte. She was an established and award-winning food writer, chef, educator and television presenter in Australia, when she came to Yountville in the Napa Valley more than a decade ago on assignment to interview Thomas Keller.

Her lodging was reserved at Villagio and the person making arrangements for her told her that a local travel and hospitality pro named Steve Andrews would be her contact. “You’ll love him,” she told James. “It was prophetic,” said James, who made Yountville her home when she and Andrews married. Since then she has added a new role to her resume, that of ambassador for Australian food and wine, helping to promote and introduce products in the United States.

I met Sally James at the Yountville wine store, V Wine Cellars, when she and Steve Andrews asked me to be on the “Slow Living” radio program. They produce the program together with V Wine Cellars’ Scott Lewis to, as they put it, “uncork the great life.”

Their weekly show covers all kinds of topics: food, wine, travel, health and fitness, entertaining, and green living. They look for ideas worth exploring to discover ways to “tap the brakes, reconsider your priorities, and get back to a place where life is more fun and rewarding.” This is how we came to discuss my book, “Why You Like the Wines You Like.”

DRINKING THE WINES YOU PREFER

The ideas I outline in my book are based on my experience working for nearly four decades as a chef and then as a wine educator, after it became increasingly clear to me that no matter how highly rated a wine was, some people would like it and others would hate it. And no matter how classically perfect a food and wine pairing was supposed to be, people had the same varied reactions. Research into this puzzling state of things has persuaded me that the wine industry can benefit greatly by moving beyond the collective delusions that dominate it and embracing the wide range of potential wine drinkers, including those who prefer sweet wines. This market represents about 25-35 percent of all potential wine drinkers, by my research, many of whom simply opt for cocktails to avoid the stigma attached to sweet wines.

I’ve concluded that a host of psychological and physiological factors create vinotypes that range from sweet, whose genetic palatal preference is for sweet wines; to tolerant, who relish the high-alcohol, intensely-flavored wines. I believe industry should encourage people to discover the style of wines they truly love, be it White Zinfandel, delicate whites, intense Napa Cabernets or First Growth Bordeaux. Wine consumers should also be able to confidently state what kind of wine drinker they are, from an enjoyer who just wants to have a pleasant glass of wine, to a wine enthusiast and all the way to an aspirer who wants to evolve into a bona fide wine geek. There should be room at the table for all types of wines and wine lovers.

And at the table, they should be able to drink the wines they love with any dish. “Pair the meal for the diner not the dinner” has become my new mantra because the truth is, if you don’t like a high-powered red wine or an off-dry Riesling, you’re more than likely not going to like drinking it with any kind of dish. Please do not overlook that matching the wine to the diner also gives a green light to play the game of wine and food matching for anyone who cares!

The key to drinking the wines you prefer with the food you like is a technique called flavor balancing, which has been adopted by the Wine and Spirits Education Trust, not to mention a growing group of chefs like Jeremiah Tower, Michel Trama in Bordeaux, France, and Sarah Scott in the Napa Valley. By adjusting the acid and salt, these chefs create a balance that allows it to work perfectly with a dish. It’s the basis of many foods in wine cultures like Italy, which serves lemon with its famed Steak Florentine. It also works with cuisines that are popularly considered more difficult to pair with wines, like Thai, Chinese, and Indian.

I was delighted to find a supporter for my ideas in a chef like James, who has published 18 cookbooks, including “Simply Healthy,” winner of the World Cookbook Awards for Best Health Cookbook, “Fresh and Healthy,” winner of a 2001 IACP International Cookbook Award, and “Simply Sensational,” a finalist for the IACP Award in 2003 and the Australian Heart Foundation Cookbook.

James also travels around the country, appearing as a guest chef and lecturer at conferences for the American Heart Association, the Culinary Institute of America, Epcot International Food & Wine Festival, the American Institute of Food and Wine and Johnson & Wales University. She continues to appear frequently on television and radio, now in the United States.

“It’s really freeing to think of being able to say, ‘I like this; I don’t like this,’” James said. “I don’t like broccoli. I don’t care for radishes or cucumbers unless they are thinly sliced. And I definitely like a lighter style of wine.”